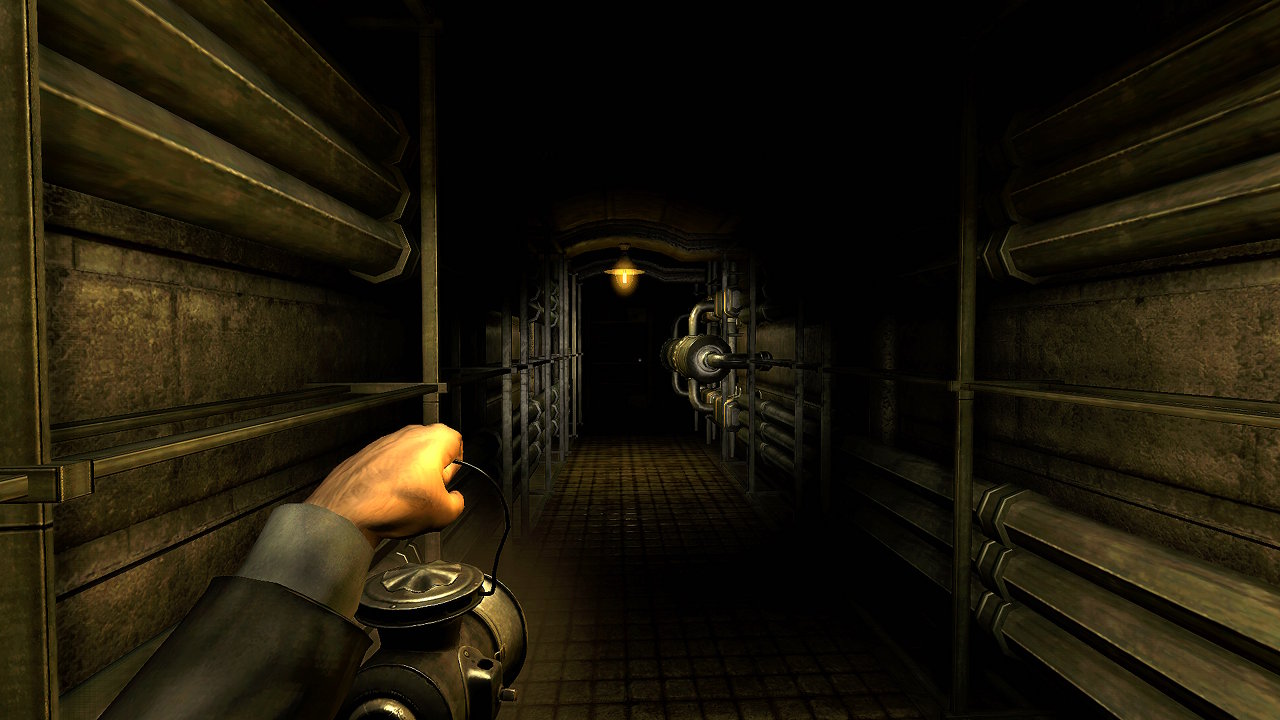 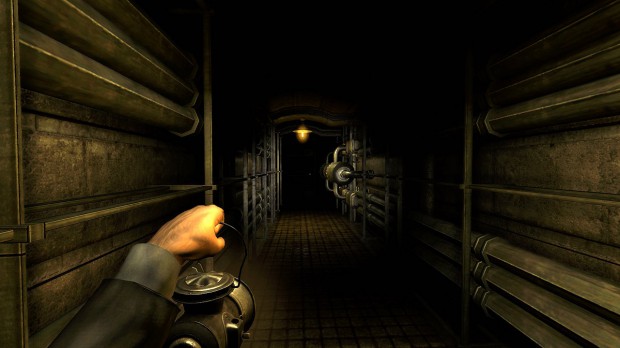 I remember Amnesia: The Dark Descent coming out and playing it a bit saying to myself that it was truly an aptly-named game.  When Amnesia: A Machine For Pigs came along, my first response was one of confusion as, let’s face it, that is a pretty strange name for a survival horror game.  Without giving too much away, it is a actually very accurate name for a truly disturbing gaming experience not at all friendly for the whole family!

Description:
The year is 1899
Wealthy industrialist Oswald Mandus awakes in his bed, wracked with fever and haunted by dreams of a dark and hellish engine.  Tortured by visions of a disastrous expedition to Mexico, broken on the failing dreams of an industrial utopia, wracked with guilt and tropical disease, he wakes into a nightmare.  The house is silent, the ground beneath him shaking at the will of some infernal machine: all he knows is that his children are in grave peril, and it is up to him to save them.

Hands On:
Gameplay-wise, the controls are simple point and click action which you forget about quickly as you dive into the madness of the storyline.  I cannot recommend highly enough that you play in the dark, that you wear headphones and if at all possible, and be alone in the house/room/apartment/etc.  Take away all comforts and safety nets so that the game’s atmosphere overtakes you, listen to the whining of metal and strange footsteps, try to pick out movement in the dark screen with your lantern covered, try to figure out what you need to do next to get closer to saving your children while damning yourself further. 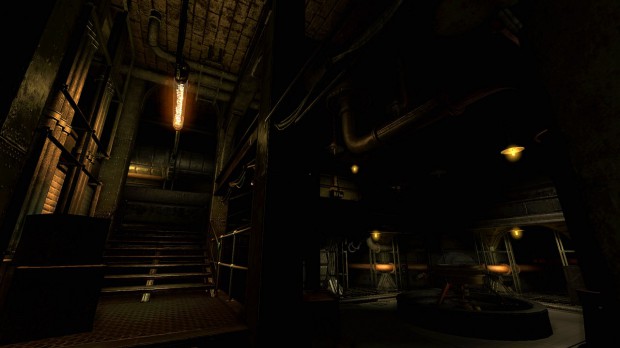 It is all about the story that unfolds at your point and click actions.  As things go from a bit strange and creepy to downright sinister and stomach turning you realize this alternate take on the Industrial Revolution seems like it could have been all too possible and maybe there is no such thing as a happy ending here.

The game’s pedigree includes Amnesia: The Dark Descent and Dear Esther, two games which had already proven that Frictional Games and The Chinese Room can do creepy, yet-excellent well – but, when you get into the depth of this game’s story, it is true horror (in a good way, of course)!

Last Call:
This post is really an uber-quick review of Amnesia: A Machine For Pigs – way shorter than most of my reviews on this site. The reason for this is simply because, as a reviewer, I don’t want to give anything away.  It is a horror survival game at its purest form – not so much about puzzles and traps as it is about telling a truly disturbing story that could easily rival the plots of some great horror movies out there.  A few words written on a found scrap of paper or heard as a recovered memory can create such images that I have to not recommend this for those who are sensitive to gory descriptions.  I thought I saw this story’s twist coming but was so wrong and yet, in a horrific way, right.  For those with the will and stomach for it, Amnesia: A Machine For Pigs is the perfect way to get ready for the Halloween season!