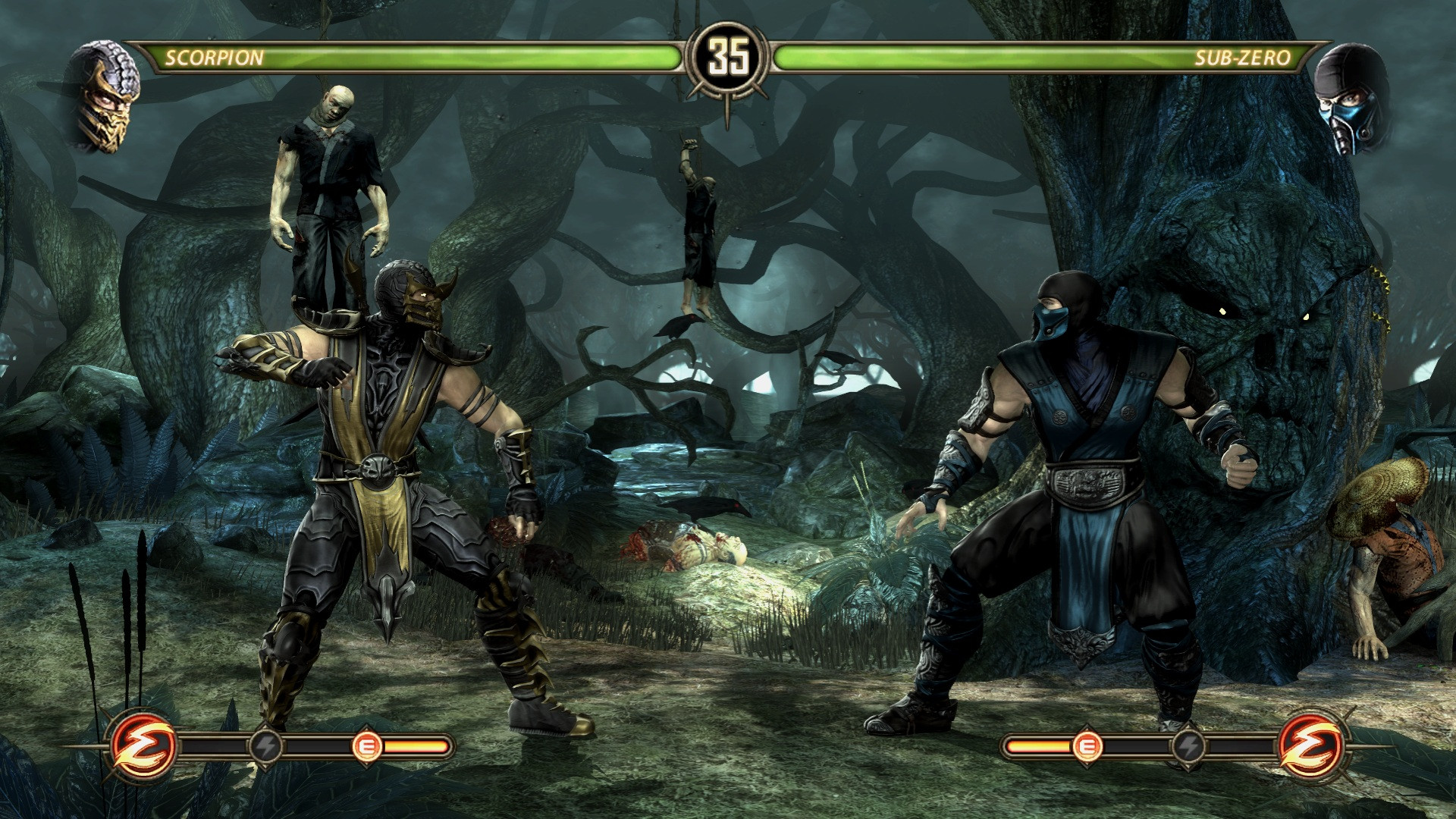 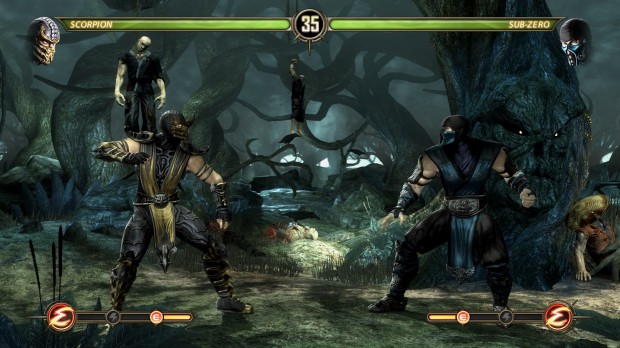 NetherRealm Studios has finally brought the big hit, Mortal Kombat, to the PC. Mortal Kombat Komplete Kollection (my spell-checker is going to hate this review) contains everything the Mortal Kombat fan needs for the PC; the original game, the four downloadable characters, and the bonus skins that were available with pre-orders. Mortal Kombat 9 was a return to glory for the franchise and NetherRealm Studios, with a fantastic story line, great game play mechanics, the return to 2D fighting, and, of course, fatalities. Originally released in April of 2011, PC owners had to wait this long for a Mortal Kombat release. The big question we are here to answer is “is it worth the wait?” The short answer is, yes it is. The long answer starts in the next paragraph.

Most fighting games have very little story to tell, and usually only tell it with bookend cut scenes. The Mortal Kombat franchise has been unique in the fact that NetherRealm Studios has built a massive, and often convoluted, mythology around their series of games. With Mortal Kombat 9, the franchise gets a huge reboot. The game begins with every character that has ever appeared in a Mortal Kombat game lying dismembered and dead around a pyramid as Shao Khan and Raiden have the final battle for all of reality. During the battle, Raiden realizes that he is outclassed and will loose this fight, so he sends warning back in time, to himself at the start of the Mortal Kombat Tournament, essentially what occurred in the very first Mortal Kombat. The single player campaign then follows the various combatants through the events of the Mortal Kombat Tournament, as Raiden tries to alter the future and prevent Shao Khan from achieving total domination.

The story for Mortal Kombat 9 is well written and is paced really well, for a fighting game. This story will not move you to tears, or be overly memorable months from now, but you will have a great time playing the game and the story really adds to the journey. You will play as most of the characters on the roster during the single player campaign. Each character will have set fights that they will need to win to progress the story, and have smaller cut scenes that will bridge each fight. I have played every game in the Mortal Kombat franchise, and feel that this is truly NeterRealm’s best story yet. 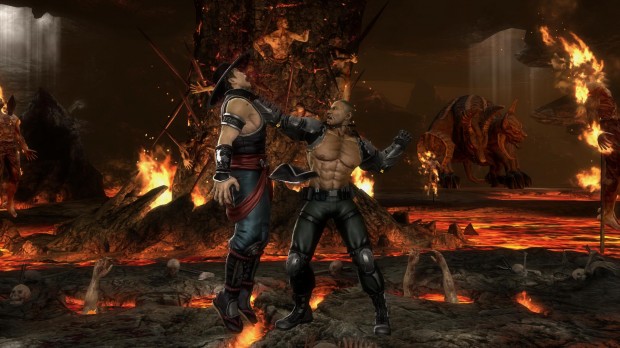 Let me get this right out of the way first, buy a game pad for this game. Do not play Mortal Kombat Komplete Kollection just by using a keyboard, it is nearly impossible to hit your combos with any type of regularity. With a game pad, the game is much more responsive and plays just like a console. Mortal Kombat is a 2D fighting game using 3D characters and backgrounds. This gives the game a very modern and beautiful look, while preserving the classic fighting style of Mortal Kombats 1, 2, and 3. Characters are controlled using the movement stick or arrow keys, while combat takes place by using four fighting buttons, two punches and two kicks. There is also a block button that is needed to try to keep up your defense.

Combos are really hit or miss with Mortal Kombat. If you use one of your characters pre-set combinations, then the combo fires off quickly and looks great. Trying to set up your own combos will be met with a slight delay between chaining hits together that usually don’t get chained together. So it is best to use the combos that are already set up for your character. Characters also have a power bar that will fill up as the fight rages on. This power bar will unlock more moves for each character, and enhance your special moves by using the energy in the bar. Once the bar is filled to the maximum, you are able to pull off an Xray Move. The Xray Move is a series of hits that are landed in quick succession, but all seen as if the screen was turned into an xray machine. You will see bones break, kidneys pop, and lungs burst as you pummel your opponent with the Xray Move. Veterans will be able to chain huge combinations of moves together, by starting up a four hit juggle combo, then launching a ten hit Xray Move to really put the hurt on.

Then there are the fatalities, this wouldn’t be a Mortal Kombat game without them. Most characters have two fatalities to learn, with some having up to three. Then there are stage fatalities for certain stages that will really put an end to your opponent. And finally, babalities return to humiliate your opponent and make them cry like a baby. There are the original 27 combatants plus the 4 downloadable characters to choose from to perform all of these brutal fatalities with. With the Komplete Kollection, the skins are all unlocked at the onset, and the game even contains the pre order Mortal Kombat 3 skins that were offered back in 2011. 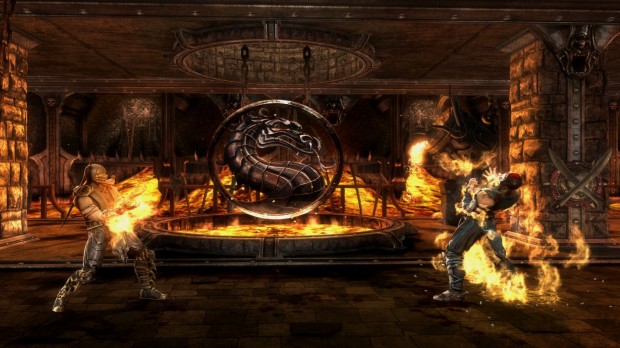 Mortal Kombat Komplete Kollection has tons of game play modes to keep you entertained. In addition to the single player campaign, there is a challenge mode, training mode, mini games such as Test Your Might, and online versus mode. I did experience some major connectivity issues in some, not all, of my online games. I never could seem to get the lag to reproduce in a consistent manner, so I am not sure as to the source of it. Just be aware that others I have talked to have experience some sort of lag during online play. Couple of other issues that I experienced is that the PC version still has Xbox 360 button layouts on some of the screens for the mini games. The graphics will show you how to complete the mini game by showing you the corresponding Xbox 360 buttons, which I felt was rather lax of the developers. Oh, and Shao Khan is still a cheap bastard. Really, that guy sucks.

Mortal Kombat Komplete Kollection just drips with style and gore. The art direction for this game really hit home and made the game feel like a combination of the Mortal Kombats of the past, while bringing about a new look for a new generation. Many of the characters costumes have been simplified and hearken back to original designs, like Sub-Zero’s ninja style costume. Other characters, such as Smoke, have a much newer look to their costumes. The graphics looked solid, even on my aging card, and flowed quite nicely through most of my matches. With the exception of the lag online, I only suffered a frame rate drop during the Shao Khan fight, as the game took screenshots of Shao Khan pretty much handing me various parts of my body. That fight is hard enough as it is, I don’t need the game slowing down as it takes pictures of my butt whoopin’.