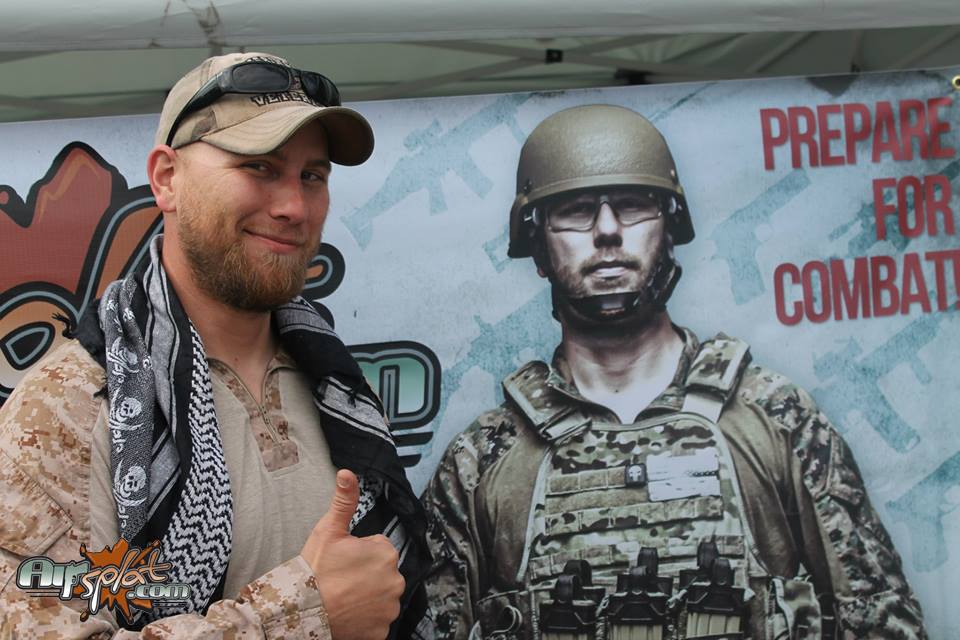 Airsoft for Gamers #8: Interview with Thor from AirSplat 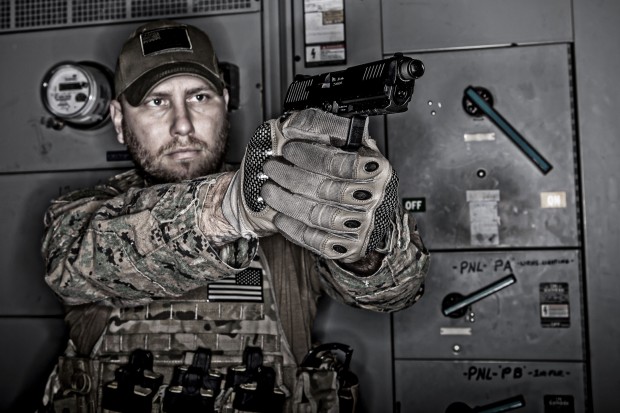 Recently, we got the chance to send “Thor” from AirSplat.com and the CROW SOG airsoft team some questions for this week’s Airsoft for Gamers article. In the interview, we hit on his background, his opinion of the recent Green Mountain Rangers incident, his current equipment picks, and just what kind of airsoft game he prefers. We would like to thank both Thor and AirSplat for making this interview possible!

Q) Hi Thor! You are a well known figure in the airsoft world. Could you tell us a bit about yourself and how you got into the sport?

A) Hey everyone! I come from a 9 year military background. I joined the US Marines in 2001 and served 6 years. Once out out of the Marines, I joined the Army National Guard. I enjoy combat training and was a CQB/MOUnT instructor. I have trained with numerous law enforcement agencies including SWAT teams in my local area. Moreover, I have taught beginner’s tactical training and basic survival skills, all using airsoft guns as training tools. I got into airsoft when I was still in the Marines back in 2004. It started with just myself and a few of my Marine friends shooting each other for fun (Marines are like that). It wasn’t until 2009 that I met the team I would end up joining, CROW SOG and truly getting into the military simulation aspect of airsoft. It is great to keep my training sharp, gets me outside and keeps me active.

Q) How did you get involved with AirSplat.com?

A) One of the other guys on my airsoft team worked for Airsplat. When he decided to move out of state to continue college, he came to me and said that Airsplat was going to be looking for a new YouTube personality. I don’t think he even got the full sentence out before I said “Yes I want to do it!”. He let them know and I came in for test filming. They liked what they saw so I took the torch he passed on.

Q) Are you currently on an active airsoft team? If so, which one and what role do you play on it?

A) I currently play with CROW SOG and they are the team I will play with until I decide I no longer want to play or I physically can’t play any longer. We are a veteran-based team that helps any military veteran integrate back into the civilian world using airsoft. We have both military and civilians on our team and we work together to grow together. We truly are a family and not just an airsoft team. I am the Master Gunnery Sergeant on the team and Lead Sniper. However, when sniping isn’t feasible in a game, I am an Assaulter down in the dirt with the other grunts.

Q) Given your background in actual military service, I am curious if you prefer a more “MilSim” or looser style of play?

A) I like MilSim the best because I can use all my military training and mindset. Another reason why I love MilSim is because I can do things that I could not do in the real military. An example of this comes to mind where in one bigger MilSim game I attended with my team, I ended up sliding over a car hood while shooting my M4 at the enemy. Now, I would never do that in real combat because that’s what gets you hurt or killed. But, in airsoft, why not? Worst case was that I have to walk back to the re-spawn point. MilSim also offers the chance to recreate famous battles from military history, which is really exciting to someone who served.

Q) Where are your favorite airsoft fields located? Do you prefer public games or private owner-sanctioned events?

A) I like to play at all the local airsoft fields in Southern California. For outdoor games, however, my preference would be Jericho Airsoft in Temecula, CA. For indoor play, I enjoy either TacCity in Fullerton, CA or TacCity in South El Monte, CA. I go to public or private games as long as it is a good group attending. 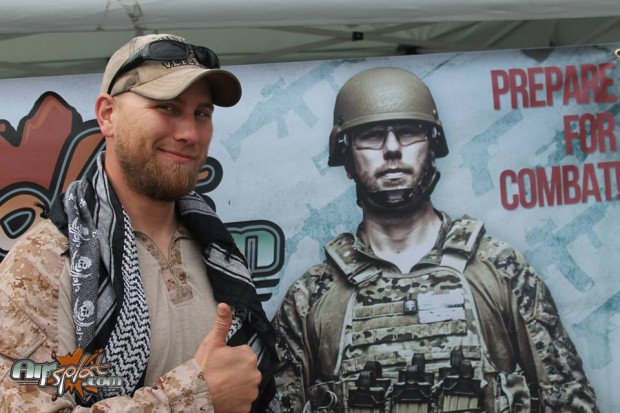 Q) Why would a video gamer want to pursue airsoft as a hobby? What benefits does it provide?

A) I believe the best reason for people who play video games to get into airsoft is to get outside and off the couch. If you have the chance to safely live out the video games you play, in an airsoft game, why wouldn’t you? Another reason is for the realism. Everything you do in all your favorite military video games, you can pretty much do in an airsoft event. You have your missions and objectives, the enemy trying to stop you and, when you get shot, you have to re-spawn to get back in the action.

Q) Talking about gear – what kind of airsoft gun(s) do you use and can you give us any specs on them or perhaps even the kinds of mods you have on them?

A) The airsoft guns I use in almost every game are my Tokyo Marui M4 featuring an upgraded all metal version II gearbox, 6.01 tight-bore barrel, Daniel Defense rails, and a soft rubber ergonomic pistol grip. That AEG is accompanied by my side arm, a KWA H&K USP tactical with no upgrades. Being one of the snipers on my team, I also carry with me what I call “THOR’S HAMMER”, a JG Snow Wolf M99 Heavy sniper rifle upgraded with a tight-bore barrel and, eventually, will be powered by a PolarStar Fusion Engine. I also have various other airsoft guns I run at different times including a Tokyo Marui MP5, Classic Army M4, DBoys Tri-shot shotgun, and a CYMA AK-47 tactical.

Q) Is there any piece of airsoft equipment (guns, gear, etc) that you would like to try out in the future?

A) The gear I use is usually left over from my service days or just cost effective replicas of military gear. The biggest thing about a player’s gear is that it doesn’t matter who makes it, if it works for you then use it. I have used some of the less expensive gear available and it is still in one piece and works great. I would not stress yourself out over gear that other people have. Instead, stick to finding the good stuff within your price range. Personally, I would like to start transitioning my load out to Eagle Industries gear. Eventually, I would also like to replace my rifle with a VFC HK416D, and have the VFC 417 as my Designated Marksman Rifle (DMR) to carry when I don’t want to be loaded down with my main sniper rifle.

Q) A lot of first-time airsoft players are confused by what gear and guns they need to start playing. I know I was, anyway. Can you give those folks a brief rundown on how they should equip themselves if they are new to the game, beginner AEG choices, etc?

A) There are many companies who offer airsoft guns for beginning players including Lancer Tactical, JG, and DBoys. Other companies offer guns for mid-level players like ECHO-1, ICS, G&G – and, for those who have been playing for a while or want to start big, you can always look into Classic Army, VFC, G&P, KWA and ARES. A&K and CYMA seem to have a decent all-around selection of guns for all levels of players. If you want to go super crazy you can research Systema, PolarStar, and Daytona Gun. When it comes to gear you wear, be practical. Wear only what you will need and forget the extra needless gear that’s going to weigh you down. Keep your load out light unless your role calls for it to have more than the normal amount of gear. For example, if you are playing a squad machine gunner, or you are carrying the shoulder fired rocket then you have a reason to have extra gear. The airsoft team I am a part of, CROW SOG, utilizes very high speed practical load outs – we don’t carry gear we don’t use. 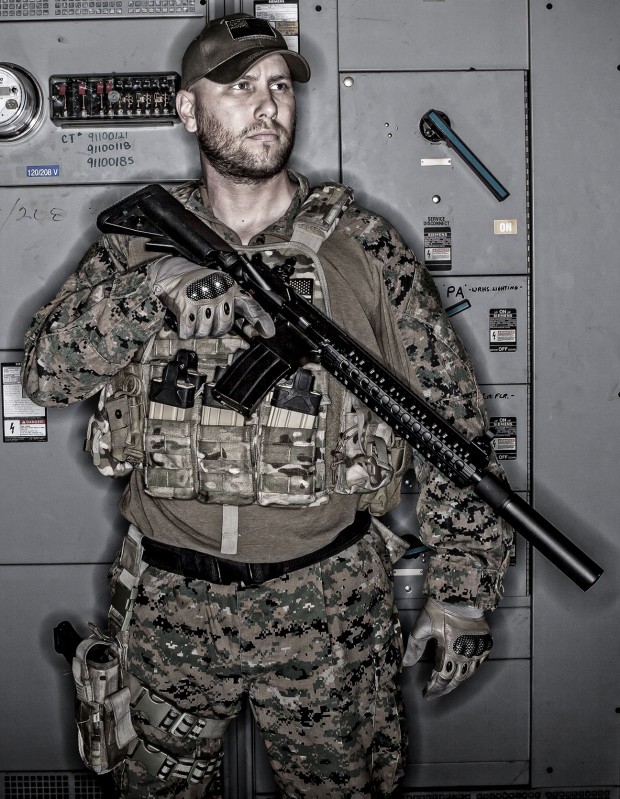 Q) Do you have an opinion or comment on the events surrounding the recent banning of the Green Mountain Rangers airsoft team from all Lion Claws, Mindgame, and Blacksheep MilSim events?

A) I don’t have a comment on their ban from these events, but I would like to say if you play with honor and integrity I am pretty sure you will never deal with an issue like this as a player. I like to think of the airsoft community as a large family, mainly because we are still in our infant stage as a sport. We need to act accordingly, take responsibility for our actions, play by the rules, and respect those who are in charge of events including event staff and actual military personnel who are there to make the airsoft experience even better for the players.

Q) What do you see for airsoft’s future as a sport? What do you think needs to happen to give it more mainstream acceptance?

A) I think we are growing at a steady rate and should maintain our course. If you get too big too fast then you will lose the players who make it what it is now. To gain overall acceptance from others outside the sport, we need to be very responsible as players. This means transporting your airsoft guns like they are real firearms, not using them in a irresponsible way, don’t run around in the streets waving them around and in general treat them as if they were real firearms. Even if you don’t play airsoft and you are doing something that is illegal with an airsoft gun, you reflect on the players and the sport. If you are a player and you are not acting as a positive representative of the sport then, we don’t want you to be a part of it.

Q) Do you have any events, teams, games, or general shout-outs that you want to tell folks about?

A) I would like to thank my team CROW SOG for giving me the outlet i needed after I left the military. Justin, our team Major, and Dagan, our team Captain, thank you for adding me to the family and giving me a chance. I would like to thank another team we work with on a regular basis, Disposable Heroes, they are a well organized team with a very positive impact on the sport of airsoft. I would also like to thank Team FSU, another honorable team that maintains the integrity of the sport. Additionally, you can always find my reviews and more on Airsplat.com and on Airsplat’s YouTube page.