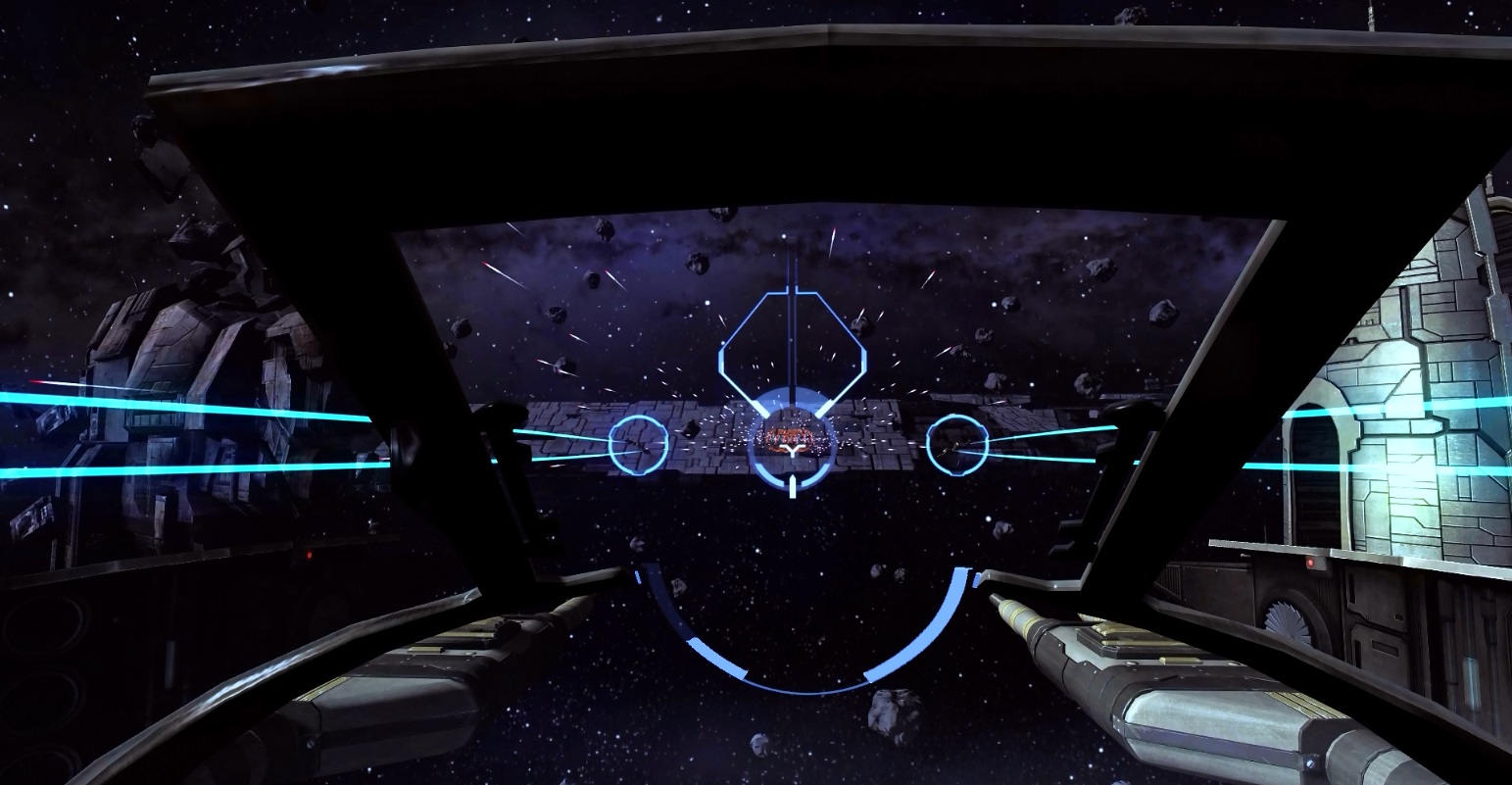 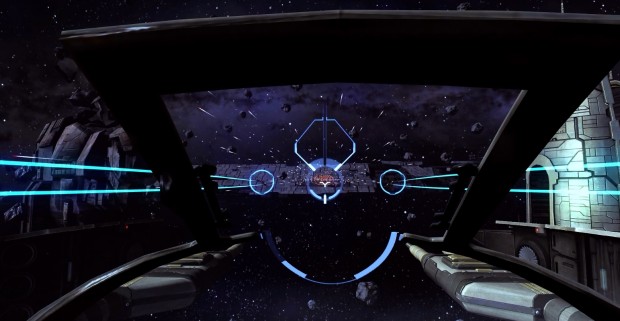 Playing DCS: A-10C Warthog on my home cockpit setup, I am always interested in getting a more immersive sim experience. Going back as far as I can recall, the biggest issue in getting the ultimate in flight sim realism is the padlock view. What this view usually does in a flight sim is virtually turn the pilot’s “head” to face the target while you allowing you to independently maneuver your aircraft into a beneficial position to engage it. In real life, fighter pilots are constantly jerking their heads back and forth to keep eyes-on a bandit in a dogfight. Because it is a simulation and you can’t feel the effects of maneuvering on your body, the padlock view is hard to master.

When I heard that the Oculus Rift VR headset had been adopted by some developers at CCP Games in Iceland, I was ecstatic. No – not because they had modified their immensely-popular MMO, EVE Online, to use it but because they created a Wing Commander-style space combat game called “EVR” for it! Right now it is just an early prototype – a side project some of the devs undertook. But, the potential…. Imagine actually turning your head to keep eyes-on a bandit. At last week’s E3 Expo in Los Angeles, I finally had that dream realized – and it was glorious!

Two of the longest and busiest meeting rooms over near the West Hall were being used by CCP Games and Oculus VR. It is clear that gamers and developers who have used the system see its promise. So, I was very excited to get to try them out. After trying out the SD and HD goggles in the Oculus meeting room, I stepped into the CCP Games meeting room and eagerly-awaited a turn with EVR. Five other reporters and I were given a basic pre-flight briefing. The idea was that we were participating in a 3v3 engagement starting in a “neutral” position (i.e. starting nose to nose with one another from our space carrier vessels).

The basic game controls were straight-forward and intuitive with the exception of the weapon systems. In most aircraft, missiles are used as longer ranged ordnance. In EVR, missiles are used up close and are locked on to bandits by turning one’s head and staring at them while holding the left trigger down. This forces players into getting used to turning their heads and is an intentional move on the part of CCP Games. They also mentioned that the right and left bumper buttons were not used very often and control the space fighter’s yaw (couldn’t wait to try those out). Lastly, the developer giving us the briefing instructed us how to don our Oculus Rift headset and adjust it to our faces (a simply fidgeting with it to find the “sweet spot”).

We all reported to our designated seats and adorned our VR headsets. After getting it squared away and secure on my face, I began to look around my virtual cockpit. The immersion factor was incredible. I could look down and see my pilot’s knees, legs, and feet. I could look at the other fighters preparing to launch to my left and right. I could really get a sense of scale of the carrier ship my fighter craft was in. The one thing the headset did not translate into movement was leaning forward and backwards, but I can see how that could be added later on. A dev plopped a headset on my ears and an Xbox 360 controller in my hands. The illusion was complete. We rocketed forth from our launch tubes and entered the void, squaring off with the opposing flight in the distance. I surveyed my surroundings and immediately zeroed in on a nearby space station at my 3 o’clock low. Assuming most of the bandits would head straight for our carrier, I would bracket around and use the station as a cover between myself and any missiles they may fire.

What I was surprised with was just how instantly I got the hang of looking in multiple directions and also independently moving in others. I am unsure whether it was my years of flight simulation or just how intuitive the motion tracking is of the Oculus Rift. What I do know is that I was turning and burning, weaving in and around the station and just having a ball. I am sure that, to outsiders, I appeared to be “spazzing out” – but, to be combat effective in a dogfight, you need to watch your enemies carefully, folks!

After the sortie was completed, I pulled the Oculus Rift from my head and returned, disappointingly, to the “real world”. I have nothing but good things to say about my experience with EVR and cannot wait to see how this project evolves. The possibilities are truly endless.