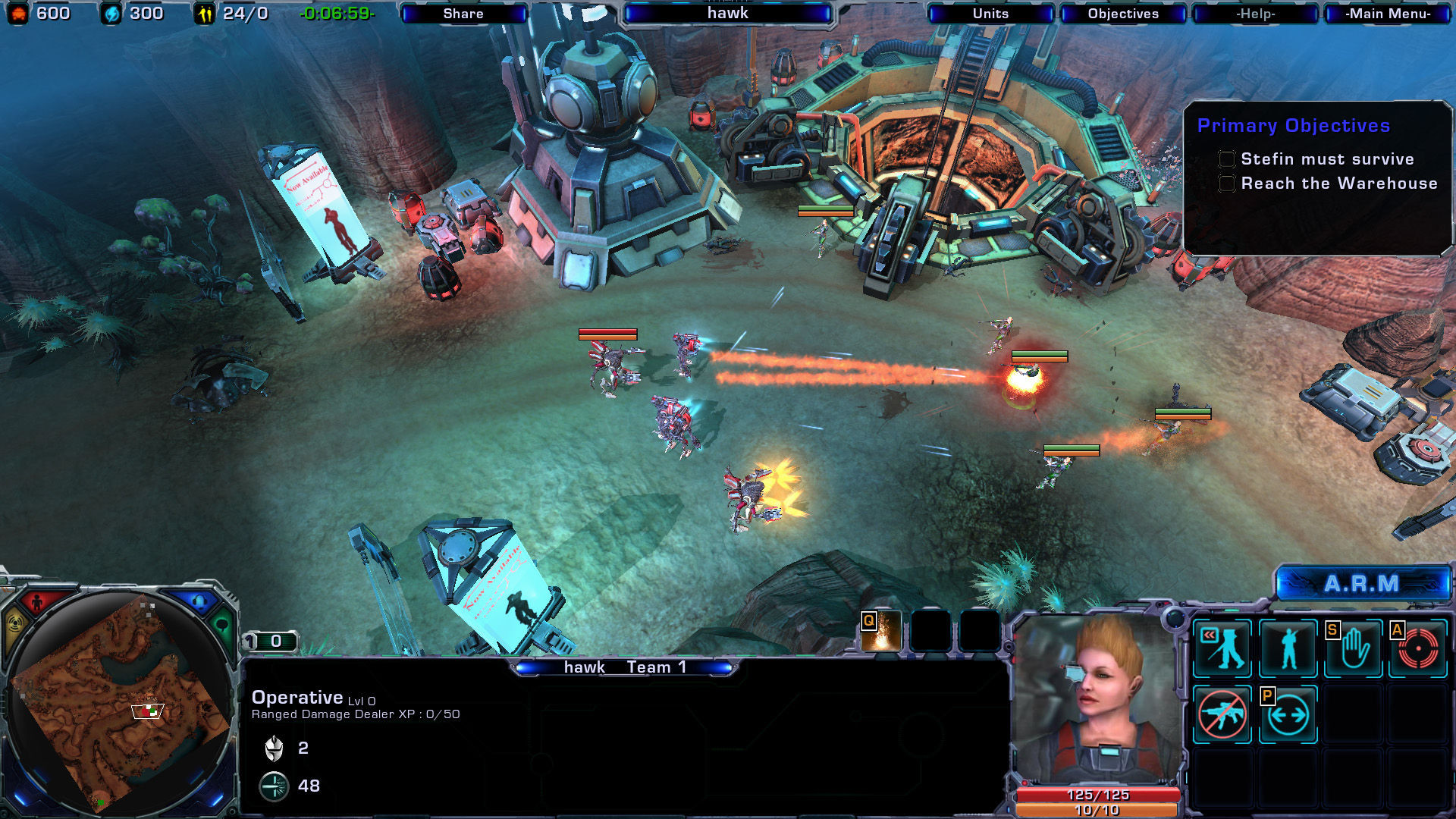 I got really busy for a while there, too busy to play all the games I wanted.  I know a lot of you out there who know me think that only happens during October when my grin glows in dark lit places, but I truly do get busy during an unofficial and little known season: “Beta Season”.  There is a certain time of year when everyone is trying to get their beta work taken care of so they can hit a fourth quarter release or in some cases see if it needs a push back.  It is at this time that I am often my happiest because I don’t just love the games, I love the process.  I wish I knew how to create games so I could do it for a living.  The part that so many in the industry dread, beta testing, is when I shine.  I revel in finding AND reporting a bug (rather than exploiting it), making sure I can reproduce the exact conditions over and over before reporting it.  I have a collision error so you don’t, I document that sitting in a jeep made me go into a environmental fall loop so you don’t have to exit the server at a key moment.  So at one point this year I was in seven betas at the same time when suddenly I had a work surge and some had to fall to the side.  It broke my heart that Tryst was one of them.

Then an assignment crossed the desk that made my week.  Sure I wasn’t going to get to be part of the beta team, but at least I was getting to review it! 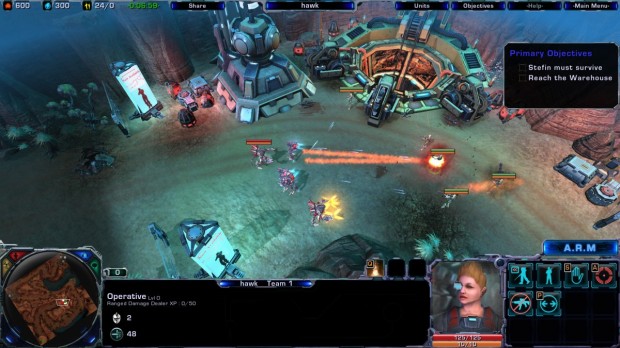 Humans have gone into space to explore for alternative means of energy, along the way they came across a technologically advanced species known as the Zali and two groups decided that the best plan would be to simply become allies.  When they discover a planet named Ishtonia IV has massive amounts of the energy source Lohum diplomacy turns to war and no one can get along anymore.  Much as is often the case in such moments, the humans find themselves underdogs fighting not just for energy but for the survival of our very species.  Looking like the Zerg and Protoss had a lovechild, the Zali use insectoid machines against our utilitarian military looking buildings and units, often in zerging fashion. 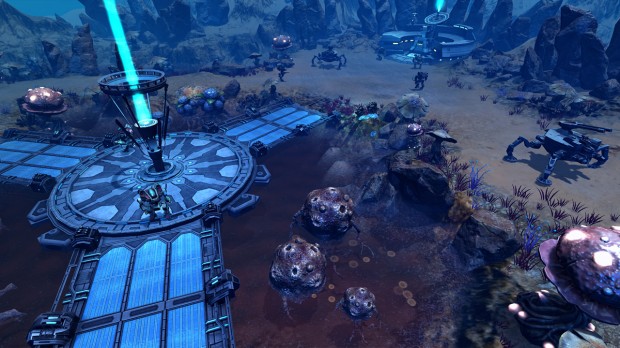 No doubt the developers would rather we didn’t compare their game too much to StarCraft but the sometimes that really isn’t a bad thing.  If you imitate certain elements of the game generally credited with “Best In Show” then you guarantee that at least those element will be liked and enjoyed.  So with a similar running storyline to StarCraft there is also a very similar graphic style.  The landscapes look very similar, the heads up looks very similar, units as well though as I mentioned above the graphics for the enemy seem a cross between the two StarCraft enemies.  Even the voice acting has a lot of similarities, though these also have some common threads with Command and Conquer.  The sound effects also bear commonalities.  All this does not necessarily add up to a bad thing though, these were all successful aspects of the genre, and StarCraft in particular,   so these when combined can make a game feel comfortable and instantly engaging, it is then up to the gameplay and mission qualities to make it a success. 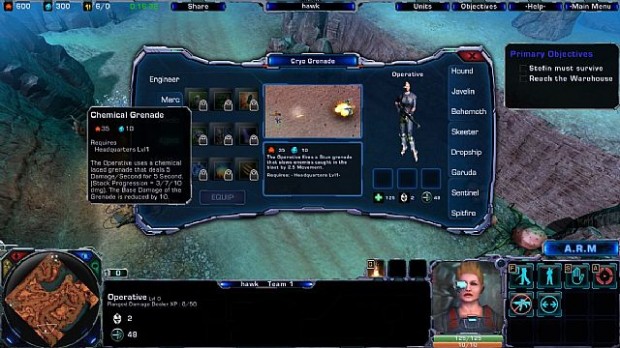 This is where the game will either be a hit or a failure with players, the irony will be the same for both reasons.  The mechanics are easily picked up because they are very similar to all the big RTS games, the maps and play set up are just like most RTS including StarCraft.  It is to the point that it will be called a StarCraft clone but before someone dismisses the game for that reason consider how that is actually an extreme compliment for a game and it’s similarities help contrast the differences. 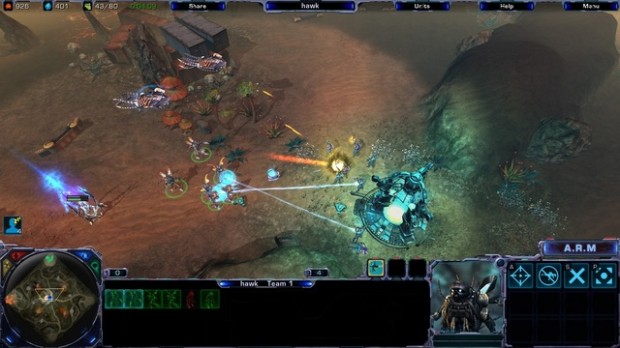 So for example some of the best and finely tuned AI went into StarCraft.  If your AI works well enough to be compared to StarCraft then you have a solid strategy title that should give you a good play regardless of “the packaging” and something to be proud of.  This game has it.  If the units have similar strengths and weaknesses and unit development is based on similar building systems you have a good play.  Again this game has it.  Then there should be some differences combined with the similarities, the enemy has a classic siege tank whereas the humans have a spider walking turret.  The humans have a unit that can lay mines but it isn’t limited to three, instead there is a cooldown and less damage done requiring entirely different dispersal patterns.  There are talent trees for units and some buildings but most ot them will lock out one talent when you take another.

I can go on but multiplayer, skirmish and single player campaign all have very much the same feel as StarCraft with just slight differences. 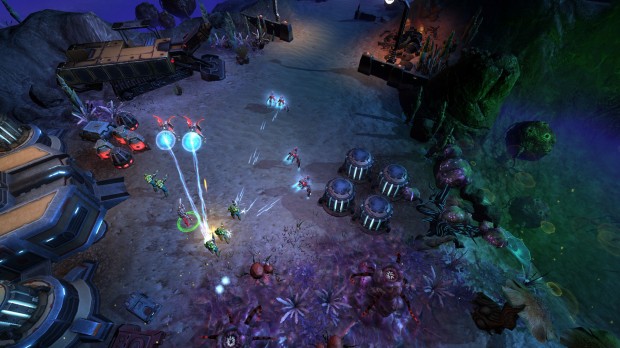 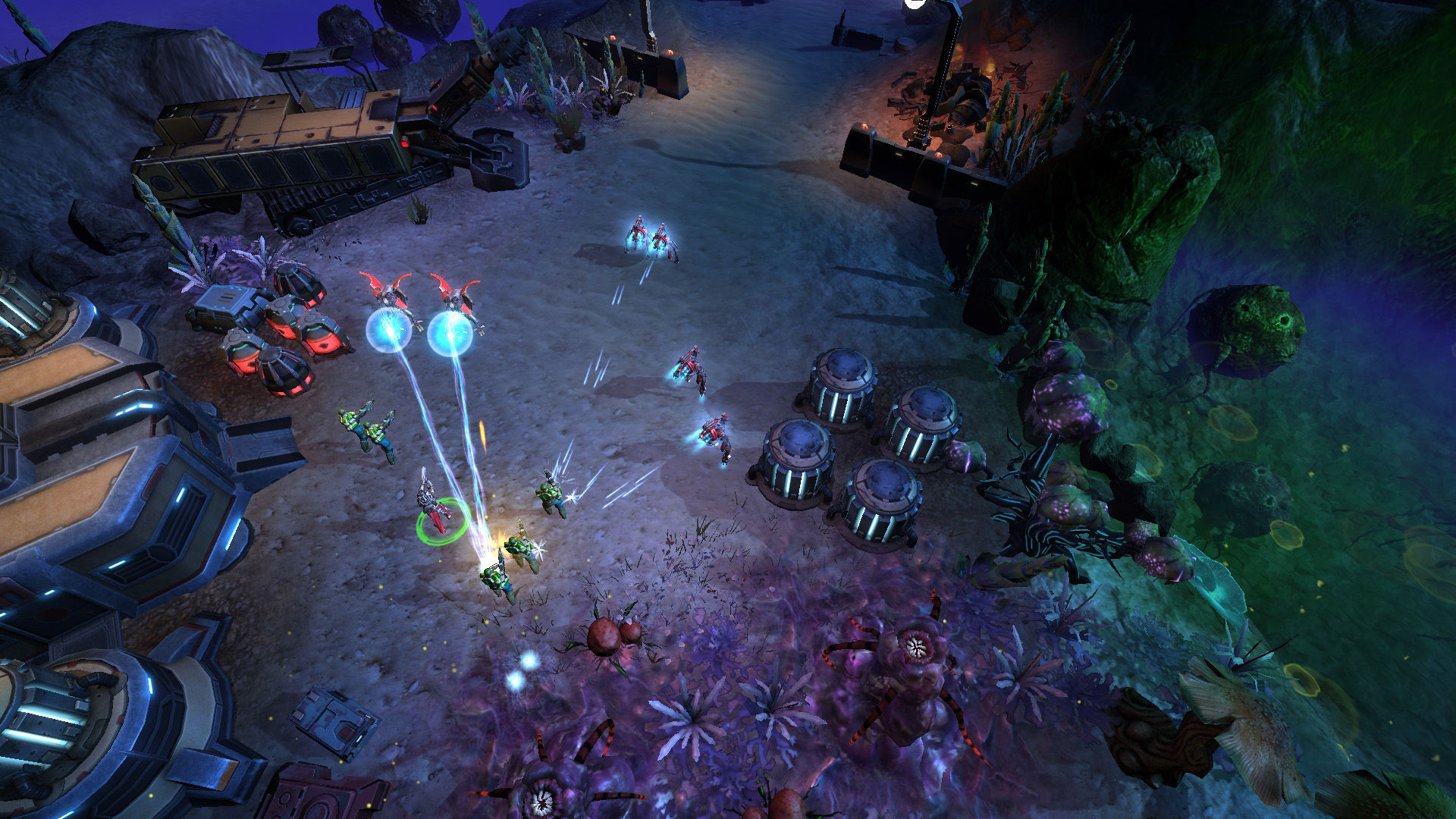 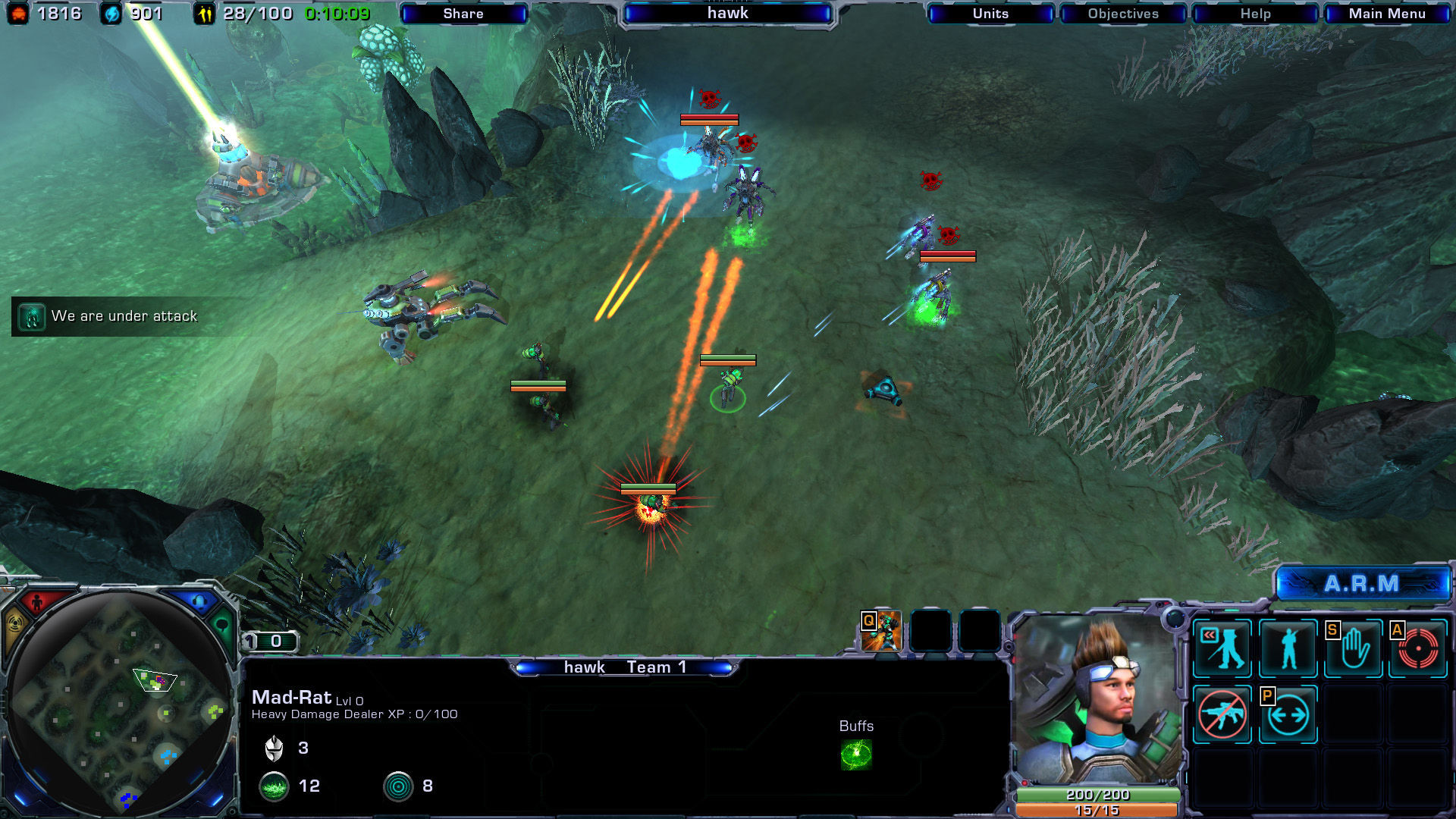 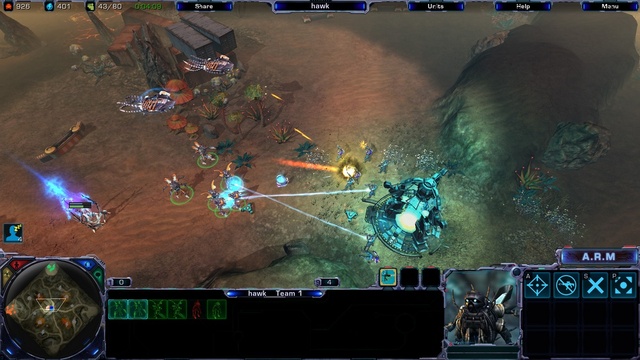 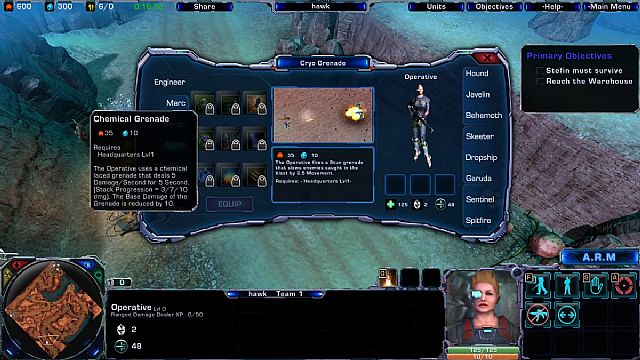 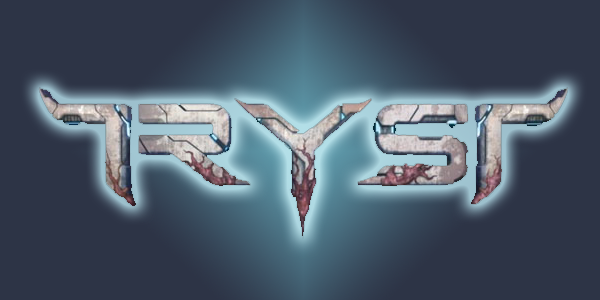 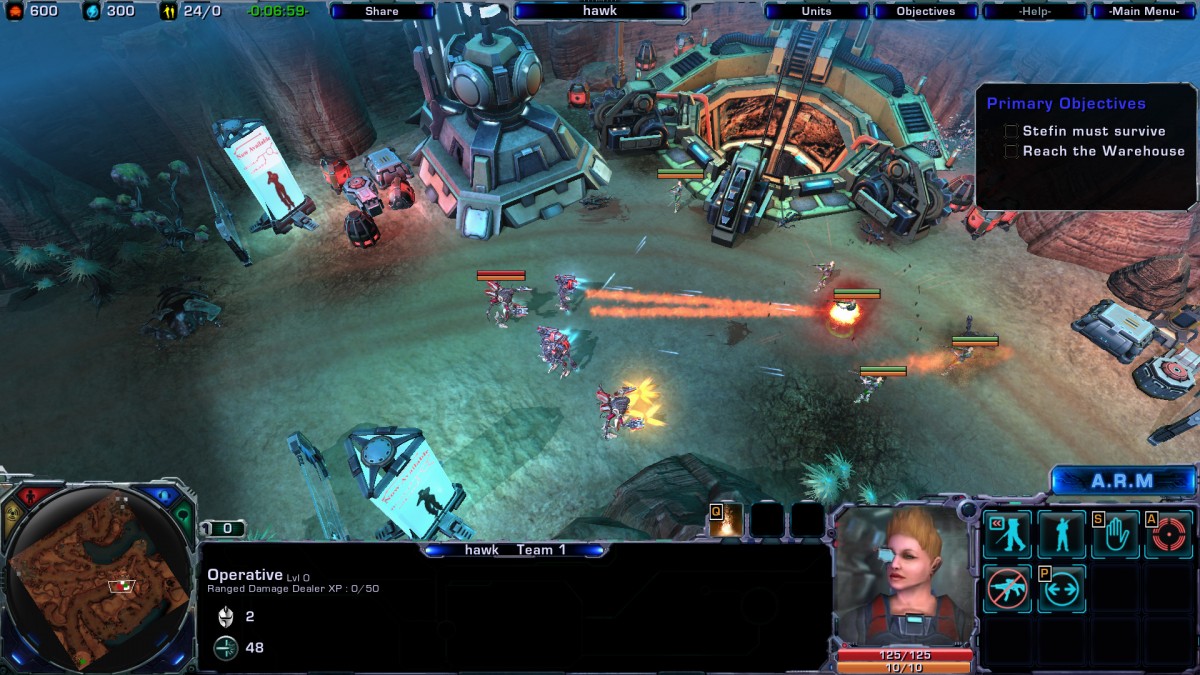 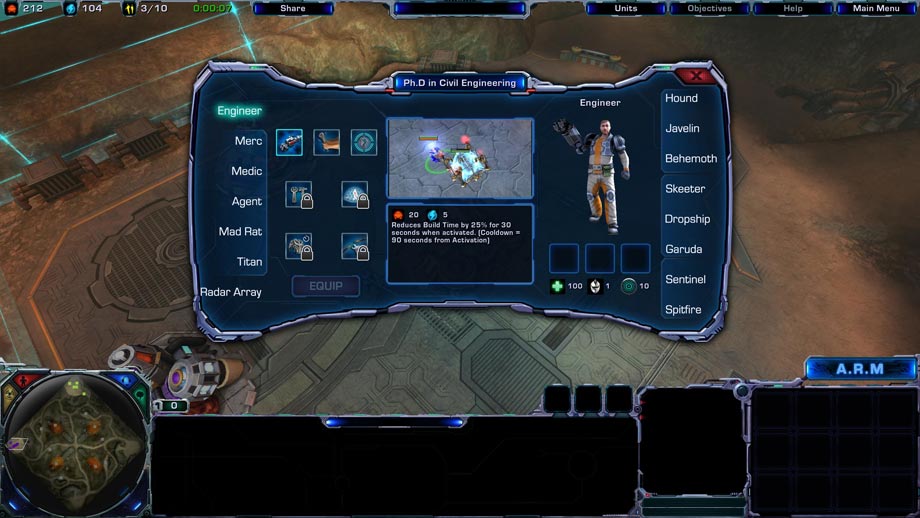 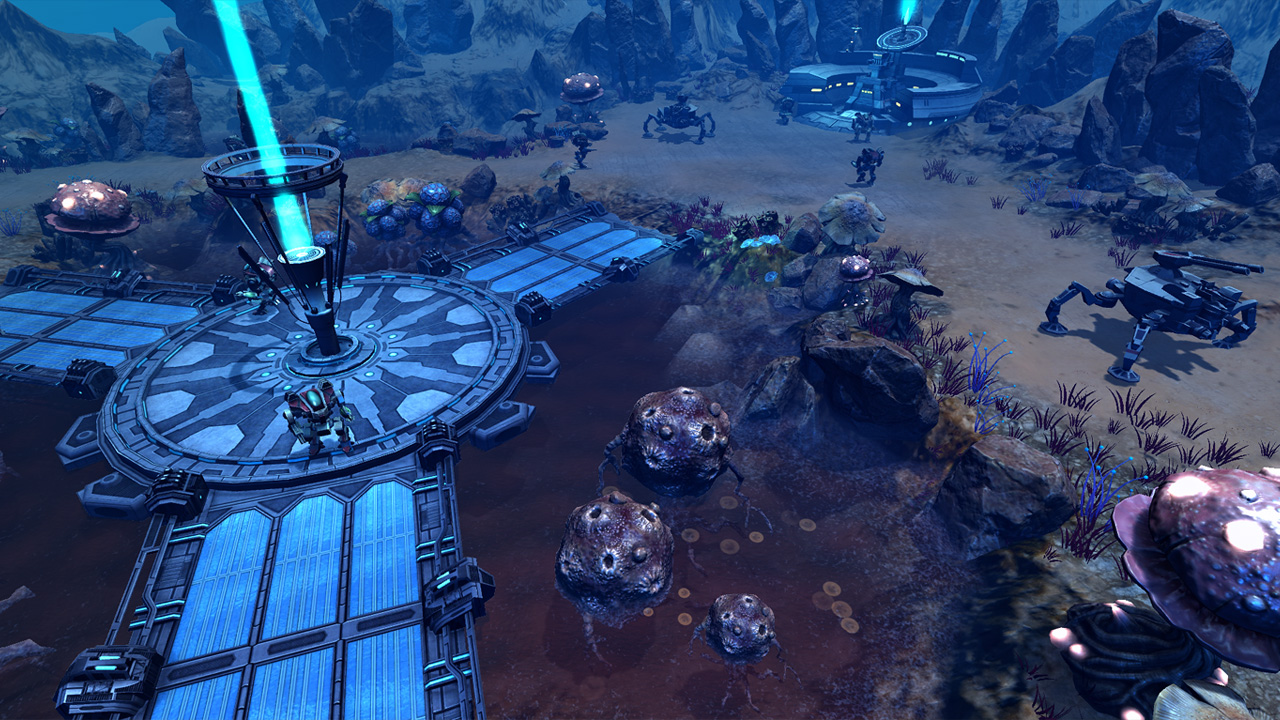 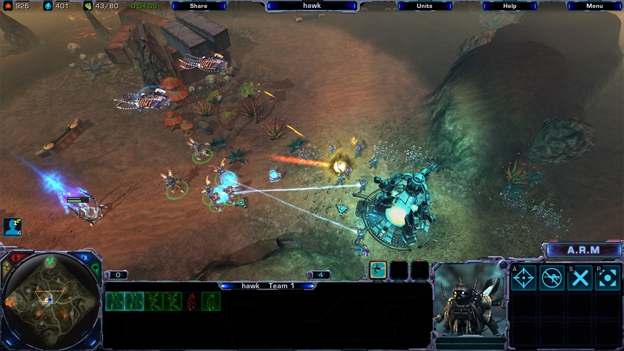