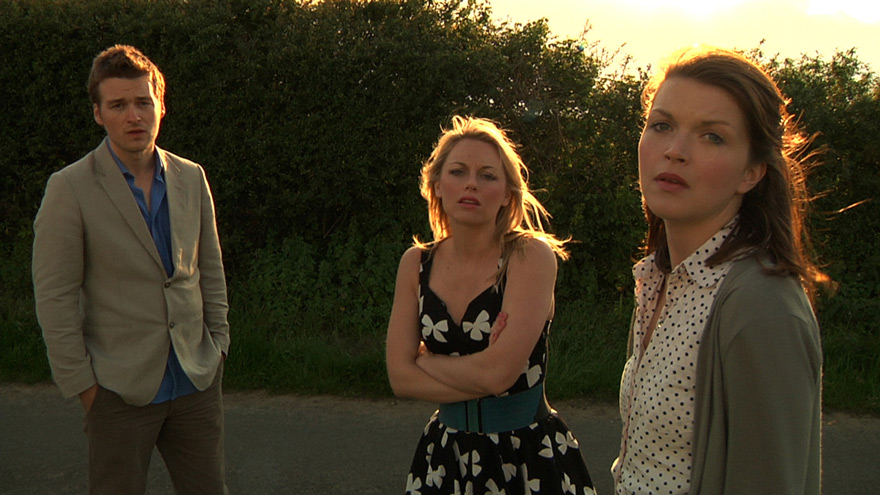 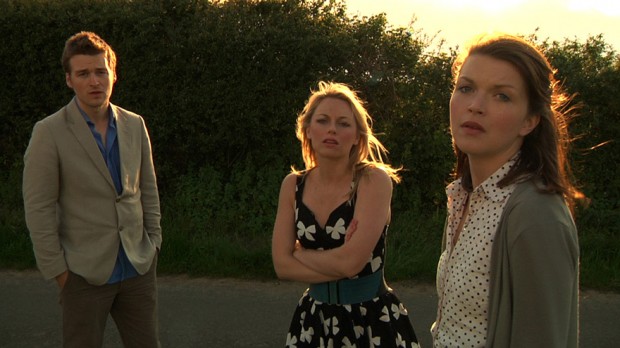 Get Used to these Expressions

HOLLOW (2012) is a British “found footage” film helmed by first-time Director, Michael Axelgaard. It follows four friends as they go on holiday to an old, abandoned monastery in the countryside. When screening HOLLOW, I was intrigued by the synopsis of the film. Apparently, there is a wicked-looking tree near the old site that has a long history of couples committing suicide by hanging from its branches. However, some believe that there is a darker force at work making the couples end their lives. It all sounds great in concept, but HOLLOW ends up being a very slow, plodding found footage film. This sub-genre of horror film is usually known for its films being slow for the first half hour or forty five minutes in order to set up the story, then all hell breaks loose and we get genuine chills and scares.

HOLLOW bucks the tradition by attempting to focus more on its characters and their interpersonal relationships. In viewing it, I kept expecting scares and freak-factor, but just got met with more and more character interaction. This would not be a bad thing usually, except for the fact that aside from a few scenes, they come off as unintelligent and boring people. We, the audience, quite clearly see the dynamics and twists between the characters unfolding long before the characters themselves do. When these dynamics come to a head, there is barely any payoff. There are only a few good, creepy/scary scenes in the film and, each time, I expected the film’s pace to quicken. After these moments of scares, we are treated to more and more (and more) slow character stuff. This film could have been cut down quite a bit in the editing room and been far more interesting. Give us some of the character stuff and follow it up with the scares – keep things moving, don’t let the story get mired down in itself.

Overall, I have to say “pass” on HOLLOW for some of the other found footage flicks out there (one of which is the subject of our next SpookyShogun Movie Review article). It’s not a bad first attempt at a found footage movie, it just needed some more time baking in editing before being served up to audiences.