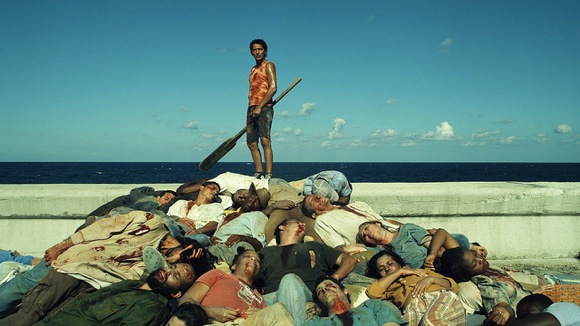 Juan Of The Dead (Movie Review) 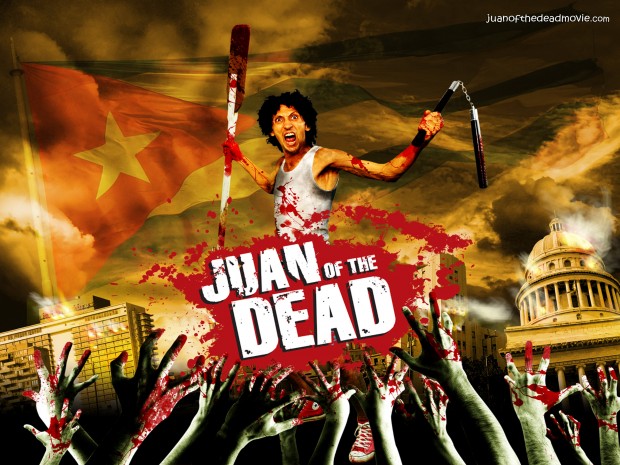 When you think of Cuba and exports, it is almost always the illegal cigars supposedly rolled on the thighs of virgins (hey I am allergic to smoke, all I know about cigars I learned from TV and movies).  Otherwise if you know your history the only other things that generally pop into one’s mind is the Cuban Missile Crisis and a guy name Fidel who, like Hitler, has ruined the use his name for all time.  Oh and the Bay Of Pigs, that should really be in there somewhere I guess.  What you don’t think of out of Cuba is one of the best down-to-cemetery-earth stories of the Cuban people uprising again the uprising dead.

The films starts by painting a Cuba that few American probably think of.  Lower class Cubans who fish, drink and con the tourists.  This may be stereotyping or this may be exactly how their lives are, once again we are products of our perception which is shaped by television and movies. 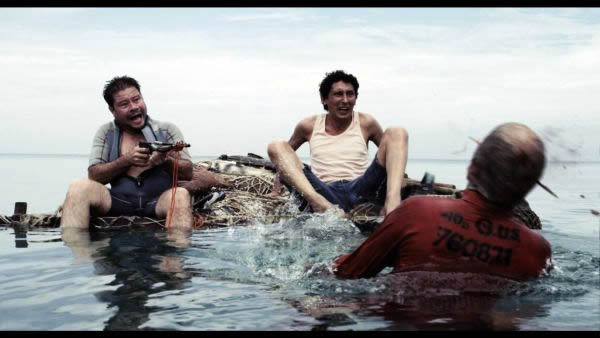 They aren’t rebels running around in the hillside, these are people who watch the sunset from their roof with their favorite bottle. They watch the goings on below because at least that generally isn’t state run propaganda like everything on TV.  They stay alive as best they can under hard circumstances, which get harder when sick people start dying and getting sicker.  With no education and most of their knowledge gleamed from state run television a commoner named Juan and his friends at first believe what we call “zombies” are what they call “dissidents,” enemies of the state bent on causing a downfall of the government. 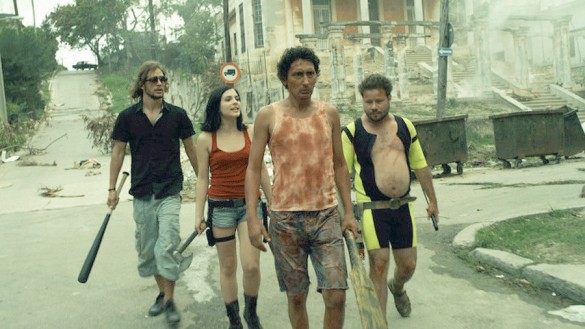 Ok you might think they would catch on pretty quick, but Juan and his buddies, though pumped full of survival instinct, don’t know a zombie from a lobster (that is one of his guesses on what they are at one point) so the learning curve on killing and escaping is a little slower than average. 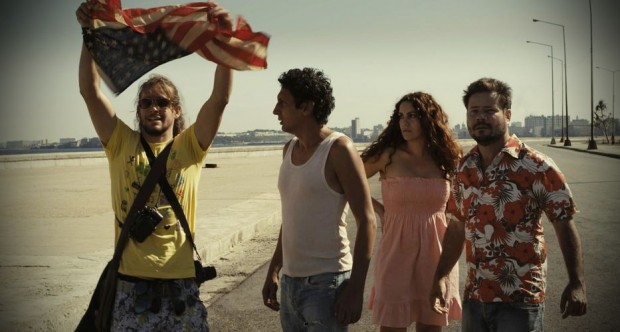 This makes for some very funny political humor and believing themselves patriots Juan and the others go about teaching others how to kill dissidents and charging others to put their loved ones down for them (sounds kinda Capitalistic to me).  That last bit might have seemed like a spoiler but in scenes paying homages to just about every undead movie out there from vampires to zombies I really haven’t given away hardly anything yet alone spoiled the funniest parts. 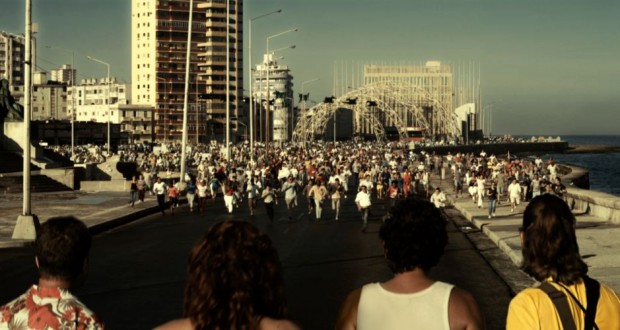 The key to this movie is Alejandro Brugues, who wrote and produced this film, seemed to honestly care about the characters and bring that emotion to the audience.  I can name a bunch of non-horror movies where this is done which often end in tragedy because the emotions come to a head.  In this case, because it is tempered with horror and humor it slides from an emotional development of the characters into decapitating the undead.

It is just something you don’t see very often in horror movies, where tension, suspense, and gore are the key elements.  There is a reason they chose to make their movie sound like Shaun Of The Dead because just like those were supposed to be the everyday slackers of England facing the undead, this is about the everyday slackers of Cuba doing the same and tries to foster that same feeling of attachment to the characters.

This film is a weird combination of a look at Cuba’s lower class and their survivalist pride and a humorous gorefest based around zombies.  Juan Of the Dead is Cuba’s first foray into splatter comedy I believe.  It works for the most part, on rare occasion a character acts more for the humor factor than what would seem true to their form, overall though right up until the credit scene Juan’s character in life is a testament in a time of death.