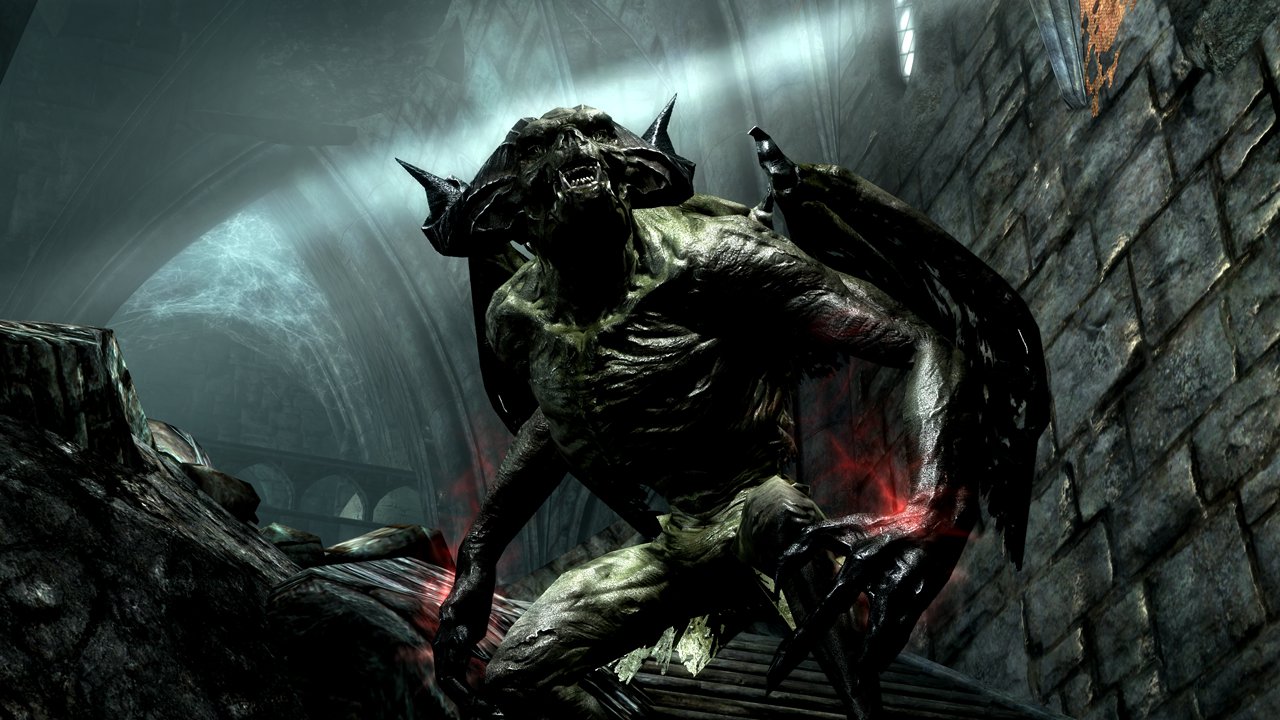 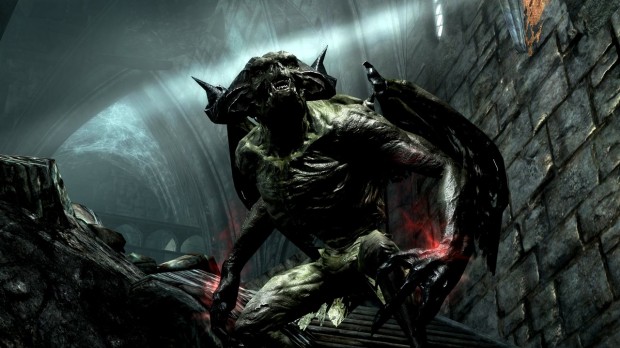 When news first broke of Dawnguard, Bethesda’s first DLC expansion to the critically acclaimed Skyrim, I hopped back into my game after some months away to grind my character, complete sidequests, and prepare the noble Breton Dovahkiin Erik Bloodfoot to face the looming vampire threat. 103 hours into the game and at level 38, I was still finding scripted sidequests and full towns that I never knew existed. There was still so much game to explore. How could Bethesda expand any more? It seemed like a daunting task but somehow they pulled it off. Bethesda put more Skyrim in Skyrim.

After downloading the expansion I went in search of my new adventure. It didn’t take long as I stepped into the rocky metropolis of Markarth (and after paying some hefty fines for a boredom induced killing spree) and overheard a few local guards talking about joining the good fight against the vampire menace. Searching out Fort Dawnguard east of Riften, I came across the first of a number of gorgeous new areas implanted into the game world. Bethesda chose wisely to introduce you to these expanded areas via landscape features you could believably not have noticed before. Fort Dawnguard, for instance, lies in Dayspring Canyon accessible only via an inconspicuous cave rather than springing up overnight in the map you’ve come to know and love.

In the Fort I met Isran, leader of the Dawnguard. Rumblings of an ancient house of vampires on the hunt for an arcane artifact have lead him to reform the centuries old hunter army and he tasked me with discovering what the Vampires are after. Soon, I found myself exploring a crumbling temple hidden in a deep cave and unwittingly releasing Serana, my vampire sidekick for the duration of the game, sealed in a stone tomb with an Elder Scroll strapped to her back.

Serana lead me back to her home, a castle lying far off the north coast of Skyrim, where I met Lord Harkon, her father, and the primary antagonist for the game… should you refuse his offer. It is here that I got the chance to step out of the sun and become a Vampire Lord with a very different set of skills and abilities than your run of the mill Elder Scrolls vampire. I refused, as becoming a vampire would negate my lycanthropy, and was quickly banished from the castle. Left with no choice but to kill the bastard, I returned to Fort Dawnguard to pick up and fight the good fight.

So begins a roughly ten hour long quest chain that finds you exploring giant new areas including multiple new dungeons, a vast new Falmer commune, and Skyrim’s equivalent of purgatory. Along the way you earn new armor, new dragon shouts, and some fantastic new weapons including (should your smithing be strong enough) Dragonbone weapons to go along with your Dragonbone armor. Once done with your quest there is a completely separate quest on the other side of the coin if you were wise enough to drop a save prior to accepting or rejecting Harkon’s offer. Accept and you join the vampires in an effort to blot out the sun, reject and you’ll fight alongside the Dawnguard to put an end to House Harkon.

Playing as a vampire is unlike anything you’ve done in Skyrim yet. After a brief tutorial, you are let loose to wreak havoc on the countryside. Stalking along the ground gives you access to a mighty melee attack while floating in the air lets you use magic attacks such as raising the dead or feasting on your enemies’ blood. As you feast you level up your all new vampire skill tree allowing you to unlock new perks and powers such as turning into a cloud of mist or summoning gargoyles to fight on your behalf.

Playing alongside the Dawnguard you’ll find yourself recruiting a motley crew of vampire hunters all with services to offer. Armored battle trolls and wielding crossbows are now at your disposal. You’ll fight on the side of good and if you’re a werewolf? There’s perks for that too. Eating human hearts levels up your werewolf and you can buff out your character with the ability to summon werewolves or gain more health from chowing down on the fallen.

Dawnguard is well worth the price of admission, especially for Skyrim fans. At twenty dollars you get an additional twenty hours of content and plenty of new items to wield against your enemies. Be warned though, at level 38 my character was a bit too strong and for the most part I was presented with very little challenge. If you have a choice take the quest sooner rather than later. But even if you’re a higher level, nothing is more fun than laying waste to those jerks over in Riften as a floating demonic vampire demon. They deserved it. They’re all thieves anyways…