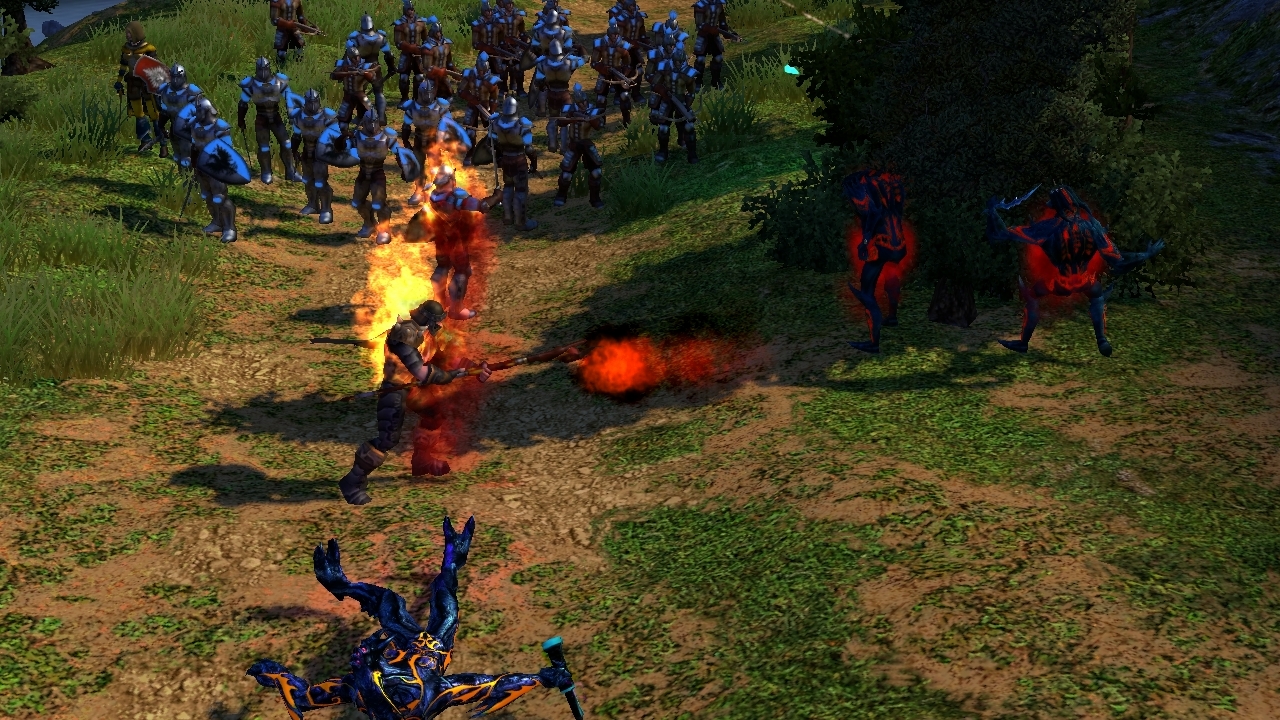 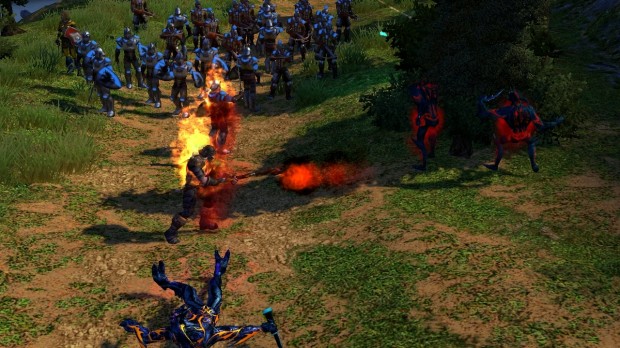 Spellforce 2:  Faith in Destiny is set four years after the Shaper’s defeat.  You are a Shaikan who is traveling through Eo in search for answers to the troubling dreams that you are having and to investigate attacks on the local villages by a group of monsters called the Nameless.

If you understood any of that last paragraph, you are much better off then I am, and I played the game.  The major issue with Spellforce 2: Faith in Destiny’s storyline is that the developers pretty much assumed that you played the original Spellforce 2 and its other expansion.  Yet, they made Faith in Destiny a stand-alone game that did not require either game to play.  I can understand why a developer did not want to require a consumer to have to locate and purchase another game from 2006 in order to play this expansion, but the player needs to be brought up to speed on the story, and not just dropped off in the world, assuming that we will pick up the pieces as we go along.

What ends up happening is that I am forced to accept things with the hope that I will learn more later, and that kept me from becoming enraptured with the story from the beginning.  I found myself constantly asking questions as to what was a Shaikan, who was this traveling with me, and what are these portals that keep popping up.  I am a huge fan of writing in video games, and feel that it does not get enough quality time nor does it get nearly enough of the budget for my tastes.  However, the player must feel like he or she is at least following along with the plot, so that we may actually care about what people have to say.  When a player is lost from the beginning, they have a tendency just to skip all of the dialogue, because ‘nothing has made sense prior to that conversation, why would that conversation make any sense now?’

The game play of Spellforce 2: Faith in Destiny survives critique so much better then the story did.  The game play here is solid role-playing real time strategy game mechanics.  The role-playing mechanics focuses solely on your hero characters.  You get to create your own Shaikan, but can only select from male characters and only select from pre-selected heads.  As your heroes level up, you get to give them abilities based on combat, magic, or Shaikan trees.  You will also find gear in treasure chests or on enemies to help flesh out your heroes.  The great thing about the gear is that is actually changes the looks of your heroes.  This can lead to your heroes looking much more unique then other heroes that are out there, especially in multi player, but more on that later.

The real time strategy mechanics for Spellforce 2: Faith in Destiny is what makes this game at least a solid outing for Nordic Games.  Let me get this out, I hate real time strategy games, I’m just no good at them and can’t stand all of the micro-management that is needed to be any good at them.  Spellforce 2: Faith in Destiny is a game that is made for people like me.  The developers made resource management extremely easy by using a user interface that was very intuitive.  I loved being able to double click on a troop type, then clicking on a pull down menu to assign that troop a group number.  I also loved how each group would have their abilities directly under their group number, so I could activate an ability from group 2 then one from group 4 with two simple clicks of a button.

Spellforce 2: Faith in Destiny does have the typical multiplayer system in place, but with the exception of being played against an human opponent, there isn’t anything special here that you don’t see in the campaign.  You have five factions to choose from, but again, with very little invested into the story; the only difference here is aesthetics.  Multiplayer can support up to six players at one time, and does including a new game mode called Domination, where a player must capture and control certain points on the map.

Voice acting, on the other hand, was atrocious.  I was doing ok with the acting, until a women came up to me in the main city with, what can only be described as the single worst attempt at a Scottish accent.  At least, I think she was trying to pull off Scottish; it might have been something else.  I’m not saying that we need Oscar winning actors for every game, but if your actor is going to try to pull of an accent, at least make sure that she is capable of doing so before you record it and put it in your game.