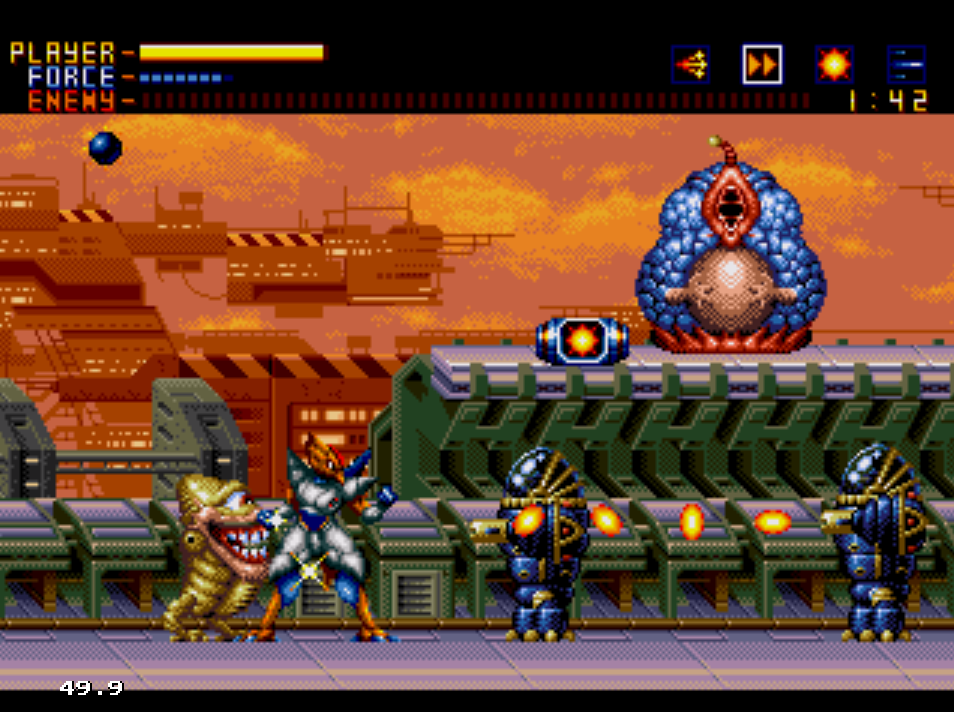 This was a game I thought I hadn’t played before based on reading the premise because I didn’t understand the premise.  I was right but that was luck.   I am all for a nice rich storyline but this set some insanely lofty goals when it came to the idea behind this side scrolling shooter.  You play Epsilon Eagle, a robot/animal/human parasite that co-exists with each of it’s parts including it’s eagle head.  He was the head of a criminal organization which was attacked and he was forced to hide in a young boy’s body until his rival Xi-Tiger forced him into a rage and caused him to morph and began a continuing battle between his good and evil sides.  So there are good and bad guys playing out in a soap opera, or badly written Sci-Fi storyline, that when partially told in a scrolling Prologue is confusing and bordering on painful.  If you can ignore this, and you can, you will experience one of the hardest side scrolling shooters around with so many bosses that it got listed in the 2010 Guinness World Records Game Edition.

AVOID!  Actually it is dramatic enough for a good laugh if you can figure it out.  It even has… DUN DUN DUN… an evil twin!! 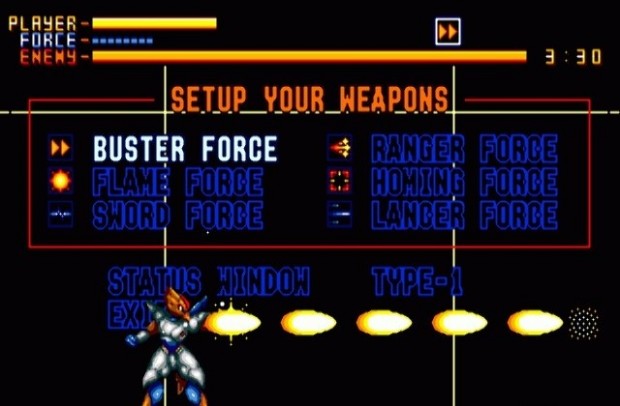 The game is a side scrolling shooter with three buttons to represent the three on the original Sega system and arrow keys for movement.  One button is for shooting, one for jumping, pretty standard stuff for a side scroller but where it gets interesting is the third button which was traditionally reserved for special attacks.  In this game it allows you to cycle through your weapons, which you can trade out along the way for different ones.  In today’s shooters this is a pretty common thing but back in day when this came out it was pretty unheard of.  Also different enemies are weak against different weapons so you find yourself cycling through at lightning speed to find the weapon of choice.  Some of the enemies you will attack with a certain weapon and just watch it bounce off without any effect while they hit you with deadly accuracy and I am just mentioning the standard enemies. The boss fights (of which there are almost three dozen) each have weapon and logistics challenges.  Honestly this game should be a gauntlet to be thrown down for anyone who brags about beating boss fights or being experts at side scrolling.  Just ignore the storyline and use OnLive’s save system so that you don’t have to keep working your way through the whole level to get back to the boss. 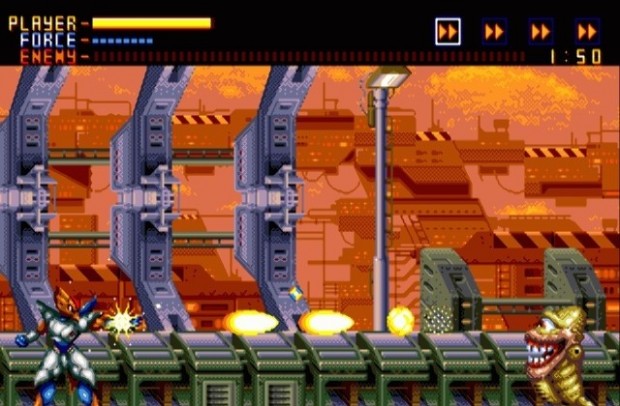 The graphics are excellent for their time with the sound and music working well with them to pull the player into the game and get them quickly immersed.  Even though the boss battles are difficult, the play is addicting so it is nice that the graphics aren’t an eyesore or that the music or sound effects are too annoying.  It is surprising how these simple things can make the difference between playing on or giving up on a game in a rough patch, which can occur with so many bosses. 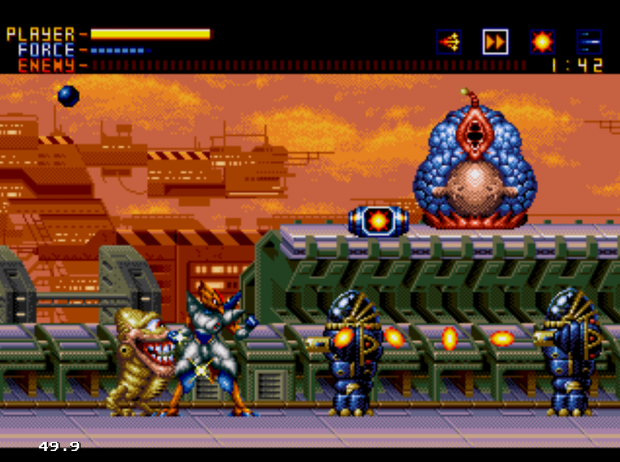 Honestly I was worried about this game after the scrolling intro, which I kept watching over and over to understand.  I was afraid this was a rarely seen game for a reason, but once you get past the story this is an excellent side scrolling shooter with plenty of challenges but also more options weapon-wise than gamers were used to at the time.  This game not only holds up it is an excellent challenge for any gamer.  It is also part of OnLive’s $9.99 a month subscription plan which includes over 200 other games. If you still need to make sure it is your taste, you can demo it from OnLive’s new demo link list at http://www.onlive.com/promote or even better yet, challenge that friend that always brags about beating bosses to complete the game.  Just don’t make them follow the story, that is just cruel.