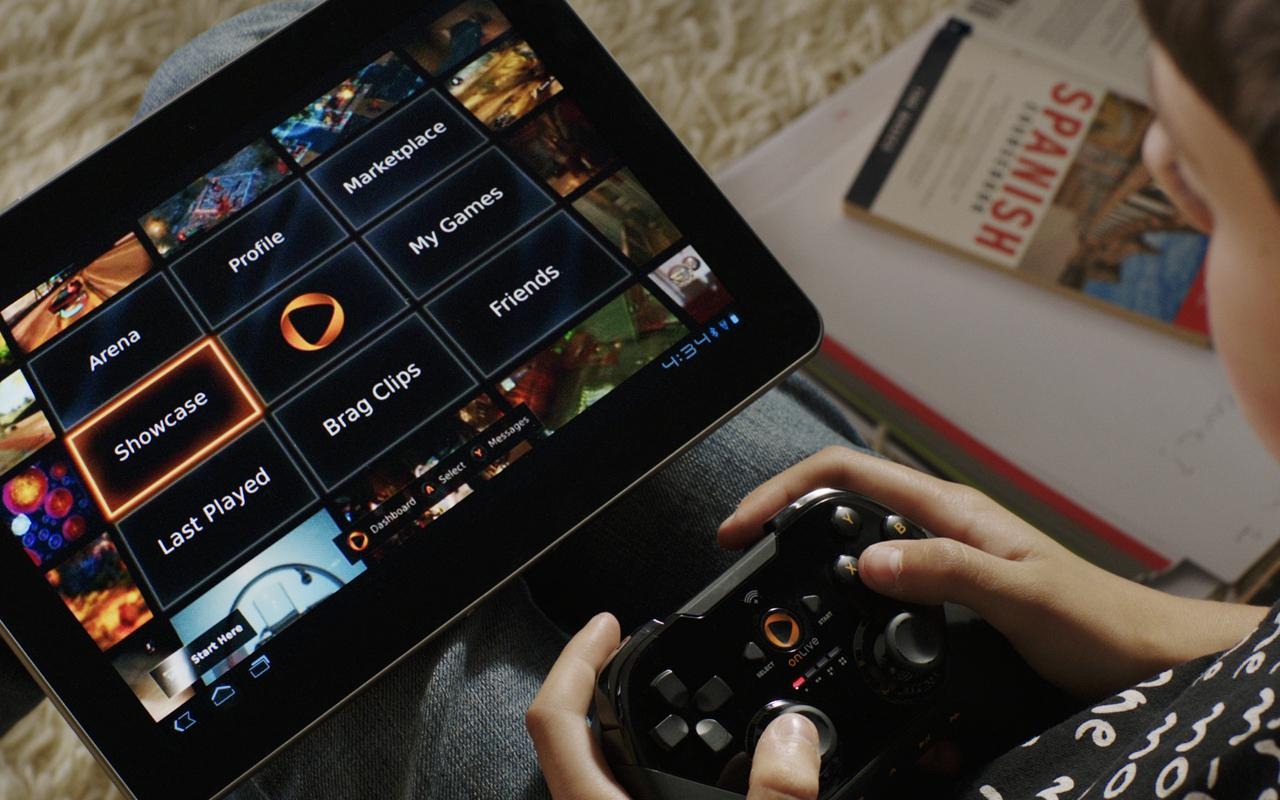 OnLive has been long committed to being on as many platforms as possible.  Those who have no idea what I am talking about when I say OnLive can read our review of the system right here and really should so you have a proper understanding of the scope of the system and how well this peripheral compliments it.  To simplify it Onlive is to gaming, and now desktop Microsoft programs, as Netflix is to movies.  I became a true believer when I researched them then visited them at E3 in 2011 and I have been nothing but more impressed with them since. 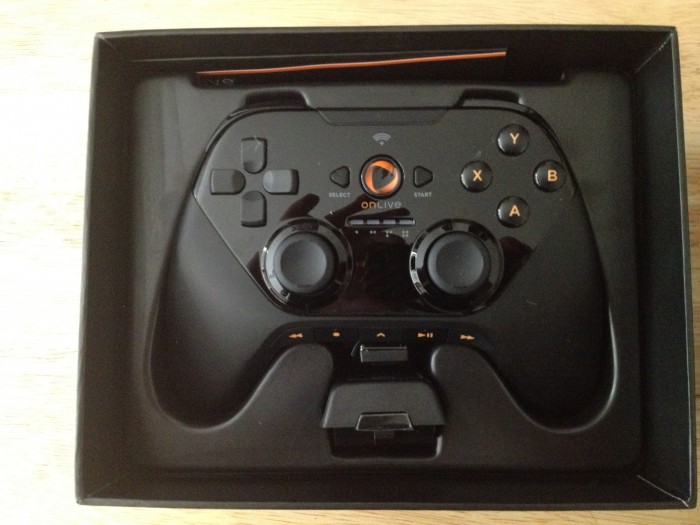 I did have a concern that has been looming on the horizon with me which is the reason I am posting this story tonight, tomorrow I go in for back surgery.  Over the years I have found my video game playing often impacted by the condition of my bad back, particularly in the last year.  Luckily OnLive allows you to play the same games on your PC, laptop, some tablets and mirco console picking up on one device right where you left off on another.  So I would sometimes work on the PC then work a while on the micro console while in a loveseat and when that got to be too much I would lay in bed with the laptop, playing on it as long as I could before my back would start to suffer from the weight of a gaming laptop and I would finally just have to give up for the night.  I tried varying solutions to help with this such as wireless keyboard and mouse which worked ok but never had the responsiveness and reliability that I got from a hardwired keyboard itself.  The mirco console was great when I was in parts of the house with strong wifi and could sit up to look at a television, but my bedroom in the back of the house where I needed to lie flat in bed didn’t work.  Then along came the OnLive Wireless Controller. 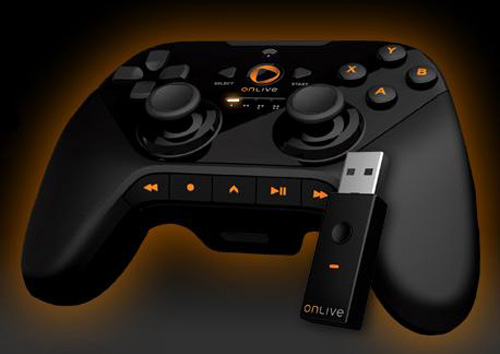 The OnLive Wireless Controller comes with a USB dongle that allows it to be plugged into any PC or laptop with a USB port or it can be synced to some phones and most tablets using Bluetooth technology.  So for this review, despite my back getting really bad, I was able to continue to push on.  This is an extremely important note for disabled or physically impaired individuals, this controller makes gaming with OnLive remote from all their platforms!

I had heard from early discussions and reviews of this controller that it would sometimes give loose or “slushy” response which totally negated OnLive exceptional responsiveness (often faster than consoles).  After trying the controller on multiple platforms I had no problem on any of them with bad responsiveness, actually I found it to be equally responsive to a plug in PC controller which has been my go to when I’m laid up. 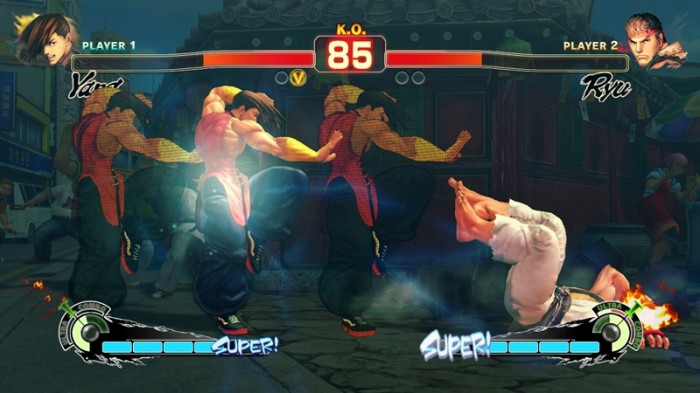 To test it completely as and find out if there was a situation where it actually would outshine a keyboard I tried out Super Street Fighter IV: Arcade Edition on OnLive.  First I tried it with the keyboard and after a bit of a learning curve I found that the keyboard worked great with the game as long as you could keep track of where your fingers were and didn’t start button mashing because inevitably you would find yourself hitting some other hot button.  Then I tried playing the game with the controller on the PC and laptop and found that my chance of beating a human or computer opponent doubled and that  I stood a chance better than with the keyboard.  I could also see this as a benefit for fans of racing games but let’s face it, the best thing this controller does is bridge the gap between PC and console.  With a controller remarkably similar to the XBox, console gamers can jump right into the OnLive market without having to worry about getting used to playing on a keyboard.  If they really wanted they could use the micro console as well which comes with one controller.  Not only is this wireless controller compatible with the mirco console giving you a second controller if you use the USB dongle that comes with the controller you can play up to four people on a single PC, getting the console experience without the console! 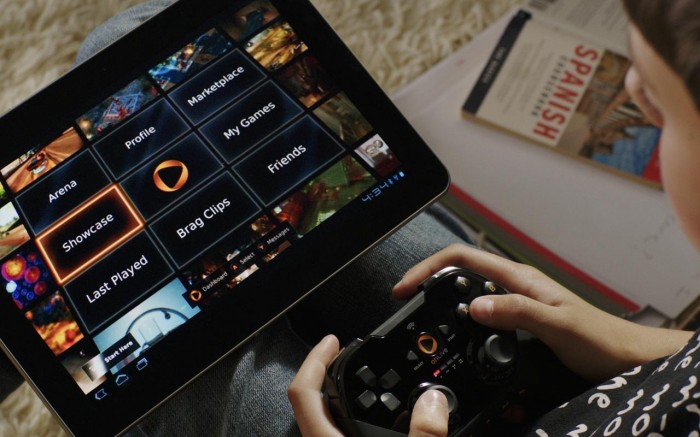 If you have a tablet (just about any but iPad, though they do have one ready for that too if it gets cleared) you can play using the Bluetooth connection in those and turn your tablet into your monitor as you control with the wireless controller.  This may not seem like that big of a deal but tablets can be sometimes notorious for loose or just unresponsive touch controls and the nice thing about a controller is you can physically feel the button instead of hitting virtual ones.  OnLive has actually put out some touch games that work great with the tablet (L.A. Noire Complete Edition) but sometimes there is no substitute for feeling that button push.  If that wasn’t enough of a selling point many smart phones are Bluetooth compatible with it too, so your little Android screen can not just play OnLive games but play them with a full size controller!  I have played a few console games that got ported to smart phones and I can tell you now that cursing was heavily involved thanks to a combination of a smaller screen and sizable fingers. 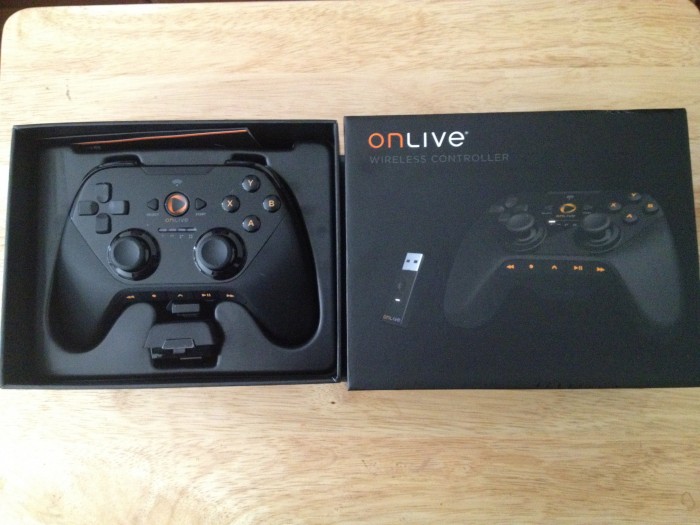 After surgery I am going to be laid up unable to sit up enough to have a laptop on me for a while, it will be on a box on the bed next to me and I will be playing games using the OnLive wireless remote just like I wasn’t physically impaired.  It is just one more way that the controller, which is compatible with all the devices OnLive is compatible with (micro console, tablet, PC, laptop and most smart phones), will be enabling me to game. Not just on the go like they did before, but on the “no go” as well.  The only way it can get better is when the software gets released on the iPad and the iPhone.  Don’t worry you will know when that happens because I will be shouting that on every social network I can.  In the meantime, see ya in the cloud.  Dang OnLive should make that one of their slogans…