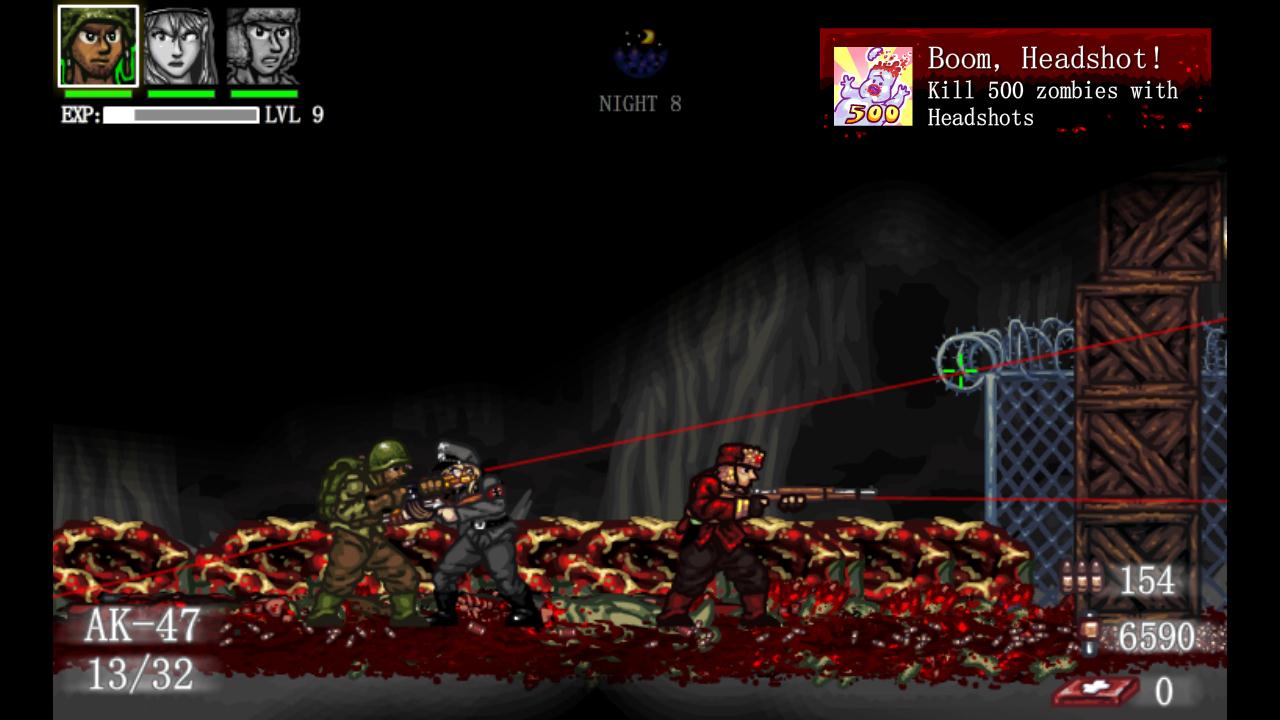 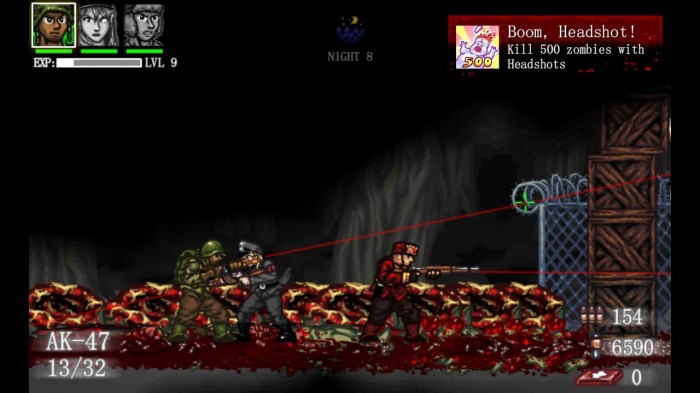 Montreal, Quebec, Canada – March 29, 2012 – They may walk, but you’ll need to run to survive the unquenchable zombie lust for living flesh in Meridian4’s (@Meridian4) new Deadly 30.  Pure Indie, this classic side-scrolling shooter was developed by the two-man team of Iggy Zuk and Gonzossm, and was discovered by Meridian4’s partner, Headup Games. Deadly 30 will be unleashing the starving walkers tomorrow via digital download.

“Deadly 30 is an ode to the classic side-scrolling genre, and adds in a perfect blend of tower defense and even a little RPG to compliment the non-stop shooting action,” said Steve Milburn, Marketing Director of Meridian4.  “Given the recent mainstream appeal of all things zombie, we felt it was the perfect time to release this challenging and addictive game.”

In Deadly 30, players must survive 30 days and nights in a zombie-infested world where they can recruit companions, upgrade weaponry, and fortify their position to fight waves of hungry zombies.  During the day, players can gather resources, enhance their base defenses, and explore their surroundings for useful items in order to prepare for fighting relentless waves of zombie night attacks.  Three different playable characters, A.I. controlled Team Combat and upgradeable weaponry and defenses help keep players alive as they attempt to eradicate the zombie hordes.

Established 2004 in Montreal, Canada, Meridian4 is an interactive entertainment publisher for today’s popular video game platforms.  Supported by a wide network of international developers, the company’s growing catalog of games is distributed both digitally and through retail.  A strong management team of seasoned industry professionals has strategically grown the company by solidifying and expanding its distribution channel; identifying and securing appealing content, and increasing its consumer awareness via innovative marketing and social media programs.

Headup Games GmbH & Co. KG is an independent games publisher located near Cologne in Germany. Together with its partners, Headup Games focuses on the contentment of their customers and the best gameplay experience delivered at the fairest price-quality ratio. Since its foundation, the company published over 30 SKU’s, including many projects from young, ambitious indie-developers, where much potential and creativity had been seen. The portfolio features high-quality games such as Super Meat Boy, The Binding of Isaac, Terraria, Limbo, Archon: Classic, The Tiny Bang Story, Trapped Dead and Grotesque Tactics.

Furthermore, Headup Games offers to internationally growing companies the possibility to enter the German or European market with an experienced partner on location. Fair and transparent relationships to our developing partners are the basis of our company’s mission statement.

More information can be found at www.headupgames.com