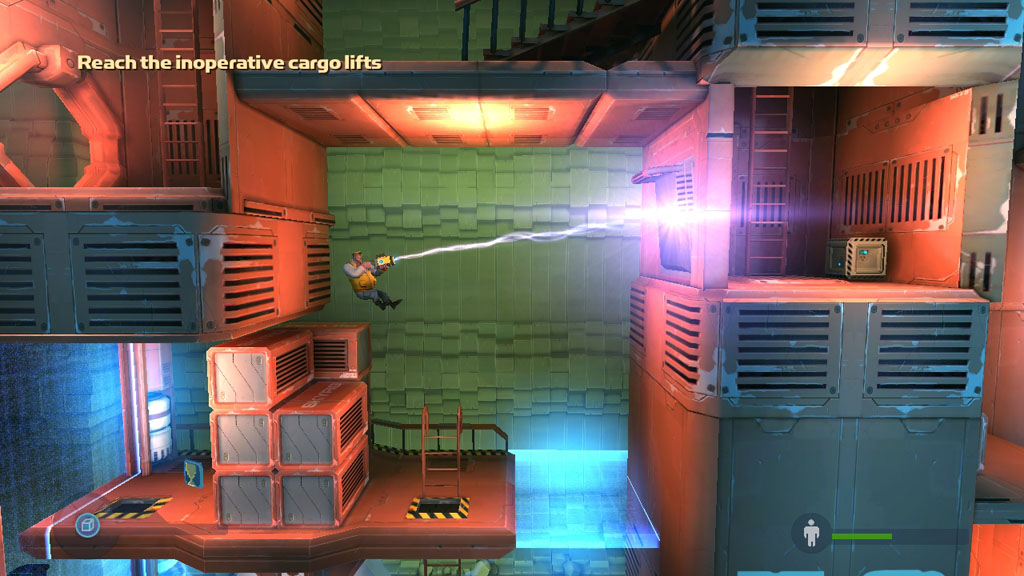 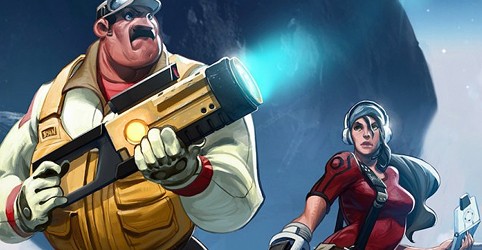 Rochard is one of those hard to describe games that crosses over so many game genres.  It is a puzzler disguised as a side-scrolling action game with graphics like Wallace And Gromit and a gravity gun.  I guess it wasn’t that hard.  Rochard (pronounced “Rock Hard”) is an astro miner whose crew is one job away from the intergalactic unemployment line when they strike pay dirt in the form of a strange element in the middle of an isolated asteroid.  It is at that same moment that a bunch of thugs arrive on the ship with laser guns and motion turrets and start taking hostages.  It is up to Rochard and his trusty gravity gun to to throw crates, open hatches, re-arrange force fields by pulling fuses and doing his best to get his crew back and still get a payday. 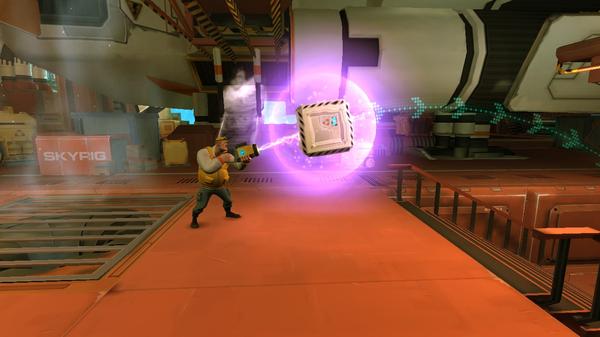 John Rochard is a loveable animated character, an exaggerated cross between a miner and trucker who defies gravity with his gut. He is composed of family friendly graphics that even stay friendly and blood free when he takes out his enemies.  Due much to the fun but very decent quality graphics you find yourself rooting for your character and wanting to keep helping him get past challenge after challenge.  The voice acting is well done too and very cartoonish adding to the charm and overall family cartoon feel.  If you are looking for a side scrolling action game where you shoot everything in sight or a gore filled horror fest this really couldn’t be further from those games.  This is meant to be fun, silly, and challenging in its puzzles, though people who pride themselves on really hard puzzles may find them a bit too easy. Everything, even the difficulty of the puzzles, really yells family fun.  The controls are pretty straight forward and intuitive, though players may want to check Controls just in case there is a surprise not mentioned in the game’s hints.  The game never had a glitch or a hiccup and there was almost always more than one way to solve a puzzle. 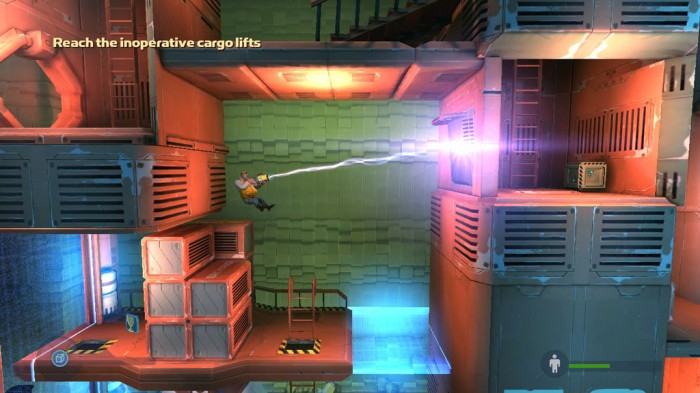 The music is one of the only parts that diverge from the family fun feel but it is so well done that I honestly would really like the soundtrack.  One track sounds very much like something out of Firefly/Serenity, another sounds John Carpenter-esque and yet another sounded like something right out of Tron.  It all screamed sci-fi which does work with the location of the events but not so much the mood of the game.  I love the music but I think I would have gone with something more cartoonish for this and saved the great music for a few other actions titles.

I really liked this game!  It was silly and fun and cartoonish but the puzzles are decent, the music is excellent and it would be a great game for adults to play with their young kids. Something about the gameplay is addictive and just makes you want to keep helping the guy rescue his crew, get the pay dirt and just generally win the day after which you can just imagine him putting up his feet, opening his favorite beverage and watching… well probably cartoons.  At $10 on Steam you may feel you hit pay dirt as well.