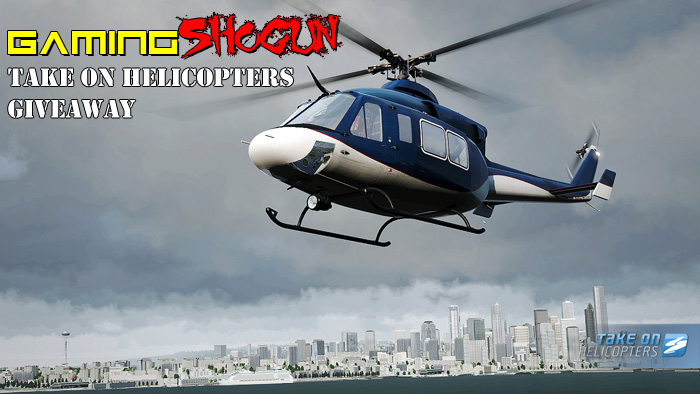 Bohemia Interactive has sent over four Steam codes for their new flight simulation, Take On Helicopters! In Take On Helicopters you play as a Harry Larkin, a man running a helicopter aviation business trying to survive in harsh times. The game puts players through a host of mission types – from military to civilian transport, as well as features a huge mission editor so that they can continue creating new content long after the campaign ends.

The contest expires on Friday, December 9th @ 11:59pm and is open to all residents, worldwide, who are on Valve’s Steam network.

Four winners will be randomly-chosen and each will receive one code.

Increase Your Chances to Win

Every Facebook user who shares the contest link on his or her profile will get an extra entry in the drawing! One share per user account will be accepted.

*Also, users must remain liked to our profile at least until the contest is over – them’s the rules!