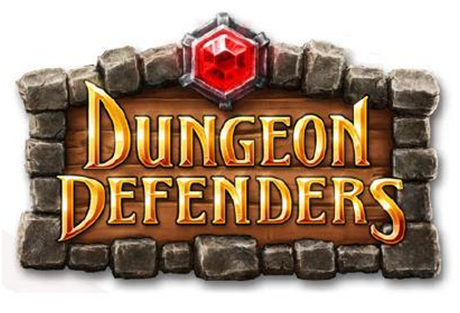 Trendy Entertainment has released their newest game that follows the ever growing genre of tower defense games, with Dungeon Defenders.  Dungeon Defenders allows the player to choose one of four classes to defend your crystal versus the hordes of goblens, kobolds and dragons that infest the given dungeon that you are in.  To make things even more interesting, Dungeon Defenders also plays like an action role playing game, allowing you to level up your character, outfit him or her, and set off to help the defenses that you erected to eradicate anything in your way.  Dungeon Defenders may not be completely original in terms of game play, but they get almost everything perfect.

In Dungeon Defenders, you get to choose a class from four options that are the basis for most fantasy games; squire, monk, sorcerer and huntress.  Each class brings with them very specific towers and styles of game play that the player has to utilize to defend their crystal.  The huntress, for example, does not have towers but uses traps to hurt the invading horde, while the squire relys on strong melee attacks to help defeat the enemies.Like most tower defense games, you have time to set up your static defenses on the board before the enemies invade the stage.  You are allowed as many towers as your mana can buy, then place them in strategic areas around the board.  Once you are ready, you then open up the doors for the monsters to invade.  Your role is two fold, to repair and place any towers that need your attention, and to add your own attack power to help bring down the invaders.

The action role playing game comes into effect as you level up and as you find items during game play.  As you level, you can choose to upgrade certain skills, such as increased health of your towers or increase the personal damage that your character does.  You also can find upgrades to gear that you are wearing as you run through the dungeon.  The create way that Trendy Entertainment does their upgrade system allows for a quick visual check before you equip the item.  If the item has a thumbs up, then it’s an upgrade, a thumbs down means its lower then what you already have, and a thumb sideways means that it’s a sidegrade.

Between levels, you are transported to your very own tavern to conduct more business.  The tavern that you visit will change as you earn trophies and achievements to reflect your accomplishments.  In the tavern, you can buy and sell equipment, look for online games, or get ready for the next dungeon.  Dungeon Defenders also lets you share your equipment chest with the other classes on your profile, thus if you find a nice bow that your huntress can use while playing as a squire, you can just place it in your chest and collect it later when you log into your huntress.

The solo campaign is fun to play, but Dungeon Defenders really shines in cooperative play.  Whether it’s done locally or online, four player co-op is the way to play Dungeon Defenders.  Game play over Xbox Live was flawless and I was able to find people to play with fairly quickly.

Dungeon Defenders is just great to look at and has a fantastic aesthetic to it.  It is completed in more of a cartoon-style, but the style really fits what the developers were going for.  Each character is stylized and the player is allowed to change the color of the clothes to distinguish your squire from another’s  The dungeon stages are done in the same cartoon like style, and are lit fantastically.  The crystals give off a neat glow that lights the dungeon, and items are very easy to see due to their icons or their very own glow that they give off.  The tavern is also a visual playground, especially once you get some of your trophies hung up onto the walls.

Dungeon Defenders from Trendy Entertainment does not reinvent the tower defense genre, but does about everything it can to make it darn near perfect.  There are a few balance issues here and there (which should be patched today) and the camera is your biggest enemy that you have to contend with, but other than that, Dungeon Defenders is a good time to have by yourself and a great time cooperatively.  Dungeon Defenders is out now and sells for $15 for both Xbox Live Arcade and on Steam for the PC.