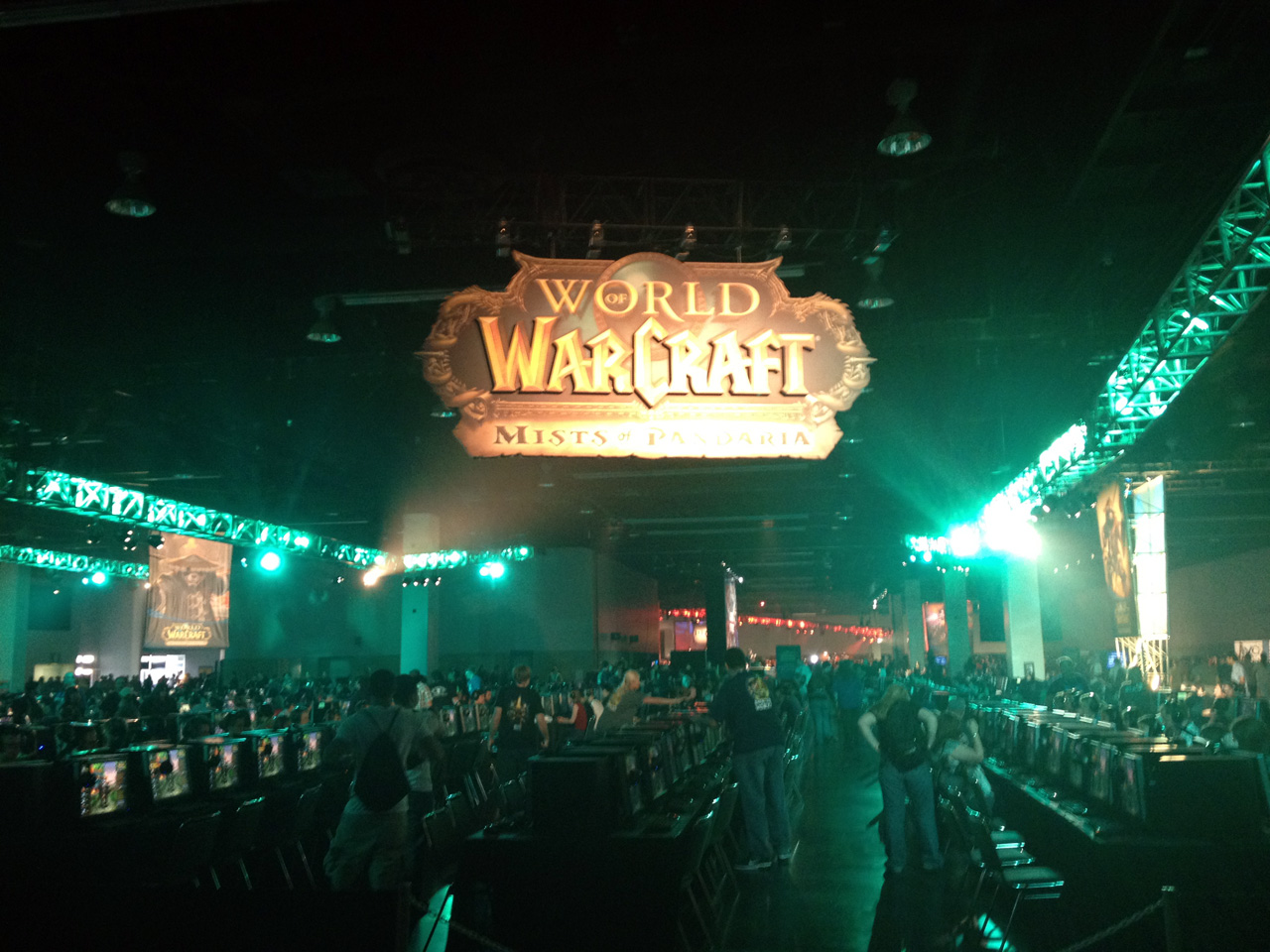 Blizzcon 2011 – Thoughts from the Show Floor 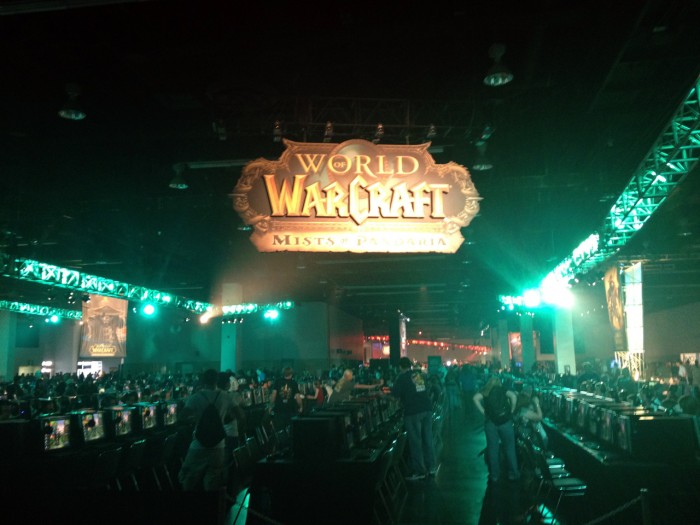 This past Friday and Saturday marked the sixth time that Blizzard invaded the Anaheim Convention Center with their very own show, aptly named Blizzcon.  I made it to the convention center just in time to grab a spot and check out the opening ceremony, which this year was filled with big news, surrounding four upcoming releases from Blizzard.  Let’s take each release in turn.

Diablo III was the lightest this year in terms of actual news.  The Collector’s Edition was introduced and looks very substantial.  Besides receiving Diablo III, you get a 4GB USB drive that contains Diablo II and its expansion, The Lord of Destruction, you also receive a very cool looking Diablo stone head to store your soul stone USB drive.  Also including is a 208 page art book, a two disk DVD/Blu Ray behind the scences look at the making of Diablo III, and the soundtrack for the game.  As for in game items, you will receive armor dye, and exclusive banner and Tyreal’s wings for Diablo III, Fetish Shaman pet for World of Warcraft and Starcraft II unit decals.

The build on the floor for Blizzcon was pretty much the same build we saw at last year’s show, with some fine tuning.  The game looks and plays amazingly well and I am truly excited to see the final product from Blizzard.

This Blizzcon focused on the upcoming expansion to last year’s Wings of Liberty, named Heart of the Swarm.  As the name hints at, this expansion focuses on Kerrigan and the Zerg.  While there wasn’t any real news in regards to this expansion that we hadn’t already heard, Heart of the Swarm was playable on the show floor, both in multiplayer mode and single player campaign.  I was able to play through the first mission in the single player campaign, and have to say that I am very excited about this release as well.  The first mission pits you against feral Zerg for control of the planet, and the mission ran flawlessly.  This will be quite successful, when it is finally released.

Blizzard also released news on their very own Blizzard Defense of the Ancients game.  Featuring Blizzard characters from all of their intellectual properties, Blizzard DOTA doesn’t reinvent the game, but puts Blizzard’s own special touch to a tried and true game.  Blizzard DOTA was playable on the show floor, but unfortunately I was unable to get my hands on this game.  If you are a fan of DOTA or even League of Legends, this game will be a must have for you.

Blizzard, in dramatic fashion, saved their biggest news for last.  For months, many have speculated as to the next WOW expansion and what content would be involved.  Chris Metzen put all of that speculation to rest with his own brand of style during the opening ceremony, announcing Mists of Pandaria.  Yes, folks, we finally get Pandarens as a playable race, and I for one couldn’t be more excited about that.  Pandarans will be Warcraft’s first ever neutral race, meaning that once you reach level 10, then you will have the choice on which faction you will align yourself with.  Pandarens will be seen on both sides, in the Alliance and in the Horde.

We also get a new class, the Monk.  The monk will be a new DPS/Tank/Healing class that will be able to do it all, depending on how you specialize.  The monk focuses on the use of Chi, very similar to the use of energy for the rogue, to complete combinations of punches and kicks to defeat enemies.  The monk class feels right in regards to the Pandaren, but when you look at Warcraft classes as a whole, it feels a little unnecessary.  Time will tell on this as we get more information.

The first two features of the Mist of Pandaria expansion were greeted with great applause and cheers from the crowd, the rest, however, was met with a little more reservation.  With the expansion, we will receive a completely redone talent system, a new vanity pet battle system, level cap raised to 90, and challenge mode dungeons that will cater to smaller group sizes.  There will be no large boss battle in the Mist of Pandaria expansion, like there has been for the last three expansions.  Instead, Blizzard wanted to refocus on the main conflict of Warcraft, Horde versus Alliance.  This expansion will focus on all out war between the two factions.

I was able to visit the Mega Blocks booth and view some of their planned releases for 2012, including both Orgrimmar and Stormwind, complete with Thrall and Varian Wrynn respectively.  In their preview display, there was two goblin zepplins shown, Deathwing flying over Stormwind, Horde and Alliance seige machines, and various character figuers and mounts, including the engineering mount.

I was told that there are also plans in development to create armor sets that will focus on the various tiers that are found throughout the game.  You will be able to change the armor on your characters to different armor sets as they become available, adding a whole level of creativity that isn’t found in the Halo series of figures.  I am already clearing sections of shelving off to make way for this series once it hits stores in 2012.