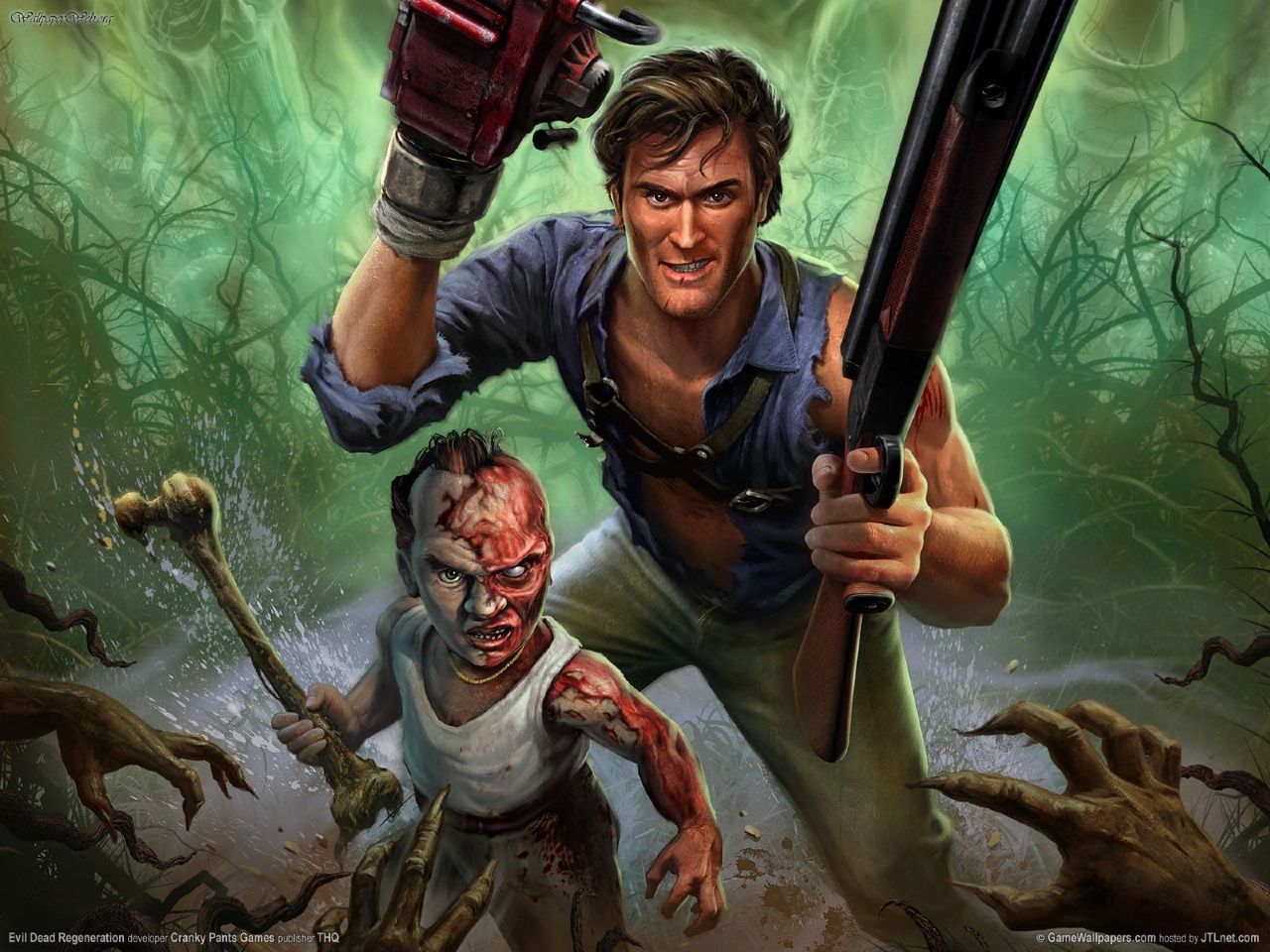 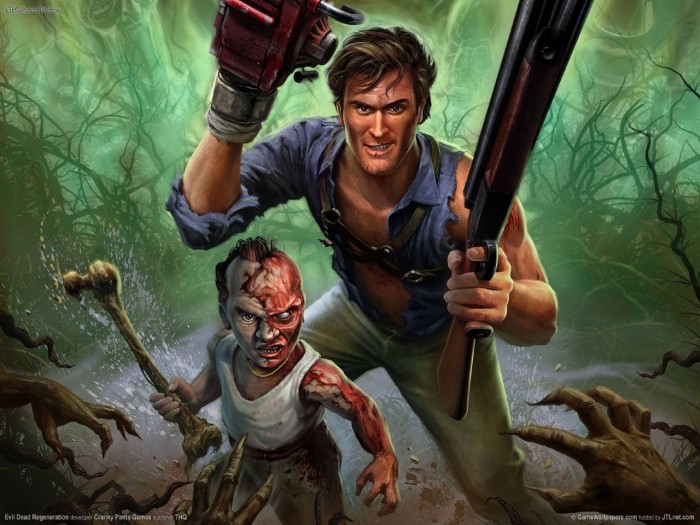 Ok, if you read my horror classic game review from last year you might think I am obsessed with The Evil Dead series.  I am, so no more thinking, now you are knowing.  Personally I thought Fistful Of Boomstick was a very overlooked game and so I wanted to let you all have a chance to look, just as I wanted to steer you away from Evil Dead: Hail To The King (terrible game).  I honestly can’t tell you if the first ever Evil Dead game was any good because it was released for the Commodore 64 which was a great system but not one I own, yet alone the game.  The temptation was definitely in place to report on The Thing game but our editor and chief reported on that three years ago (so bad ass I bought an extra copy to never be without it) so I am revisiting a game that was as good as Boomstick. 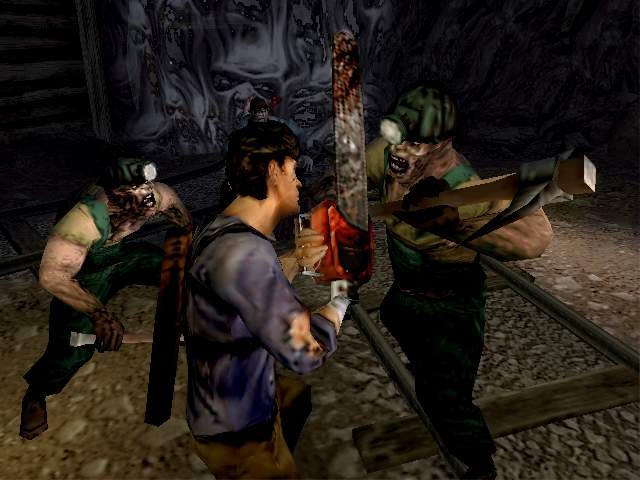 For those who care about the plot of the game I will keep it to myself but every Evil Dead/Army Of Darkness game, comic or movie pretty much starts out the same:  the Necronomicon is causing problems and it is up to Ash to save the day while belting out smug bad ass dialogue.  Ash dialogue is so bad ass that you have probably heard it in another game plenty of times having no idea who it was quoting.  So this time you get to hear it said by Ash, voiced by Bruce Campbell, and his side kick a deadite midget named Sam voiced by Ted Raimi (Sam is an homage to Ted’s older brother, Sam Raimi).  In this case side kick is literal as Ash kicks Sam through the air at any target he feels like or any wall or object in his way.  A bunch of midget jokes get added to Ash’s repertoire but otherwise it mostly plays like Fistful Of Boomstick with the ability to punt an partially undead midget and listen to him complain as he goes flying through the air.  It really takes a long time for that to get even slightly old. It appeals to the South Park/Family Guy loving part of you.  The gameplay is excellent, the physics are really good for a game six years old, which in video game terms is quite old, and it is just plain silly fun combined with a good fighting system.  It has great combos all followed by quips, weapon upgrades and your own little deadite to punt.  What more do you need? 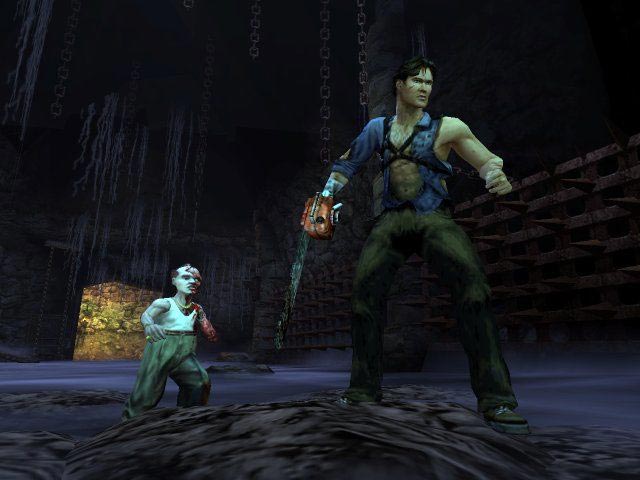 So if you have a PS2 or PS3 or can get your PC to run it and want to “get some” this is a great game to do it and a fun way to keep the Evil Dead alive in all of us.  Groovy. 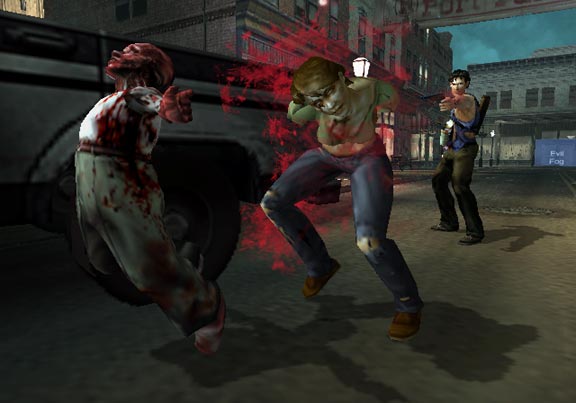 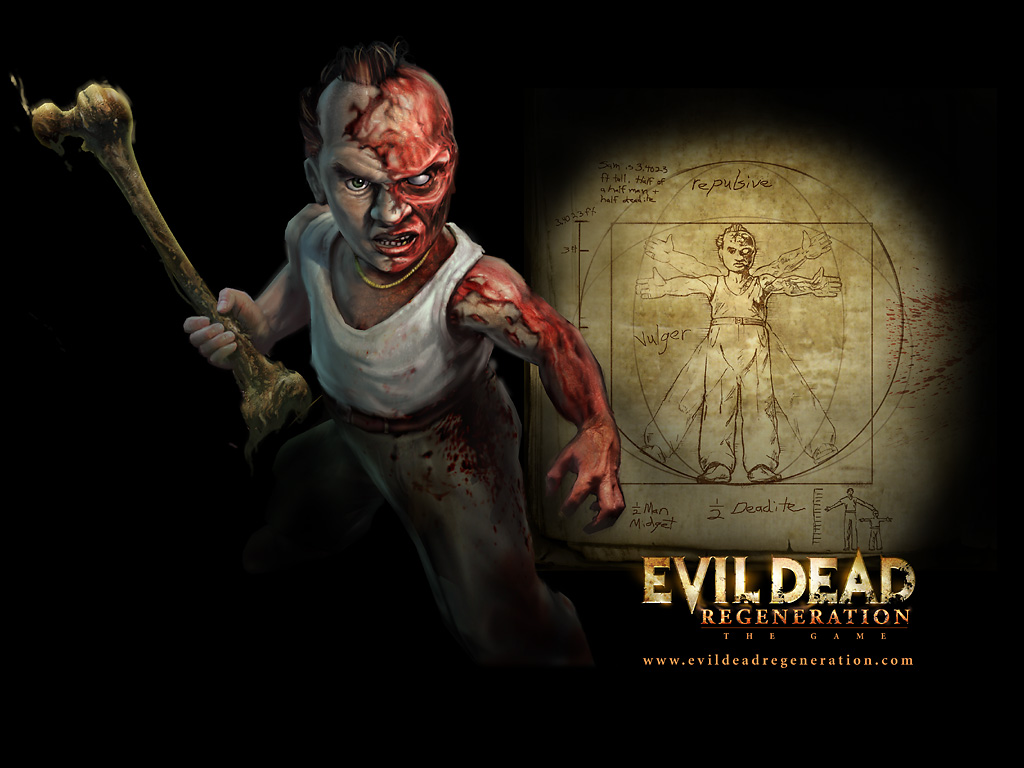 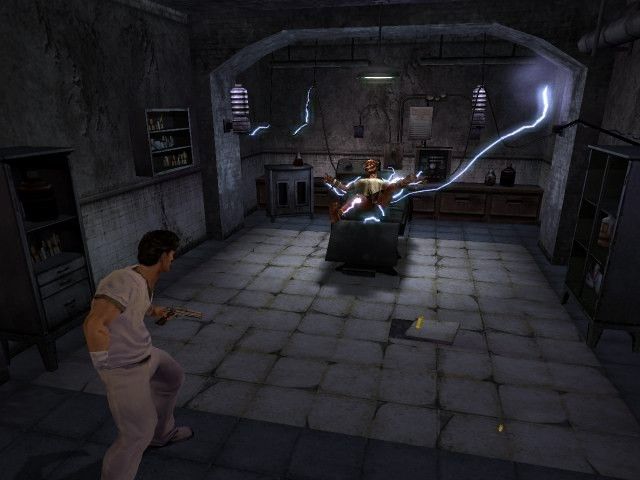