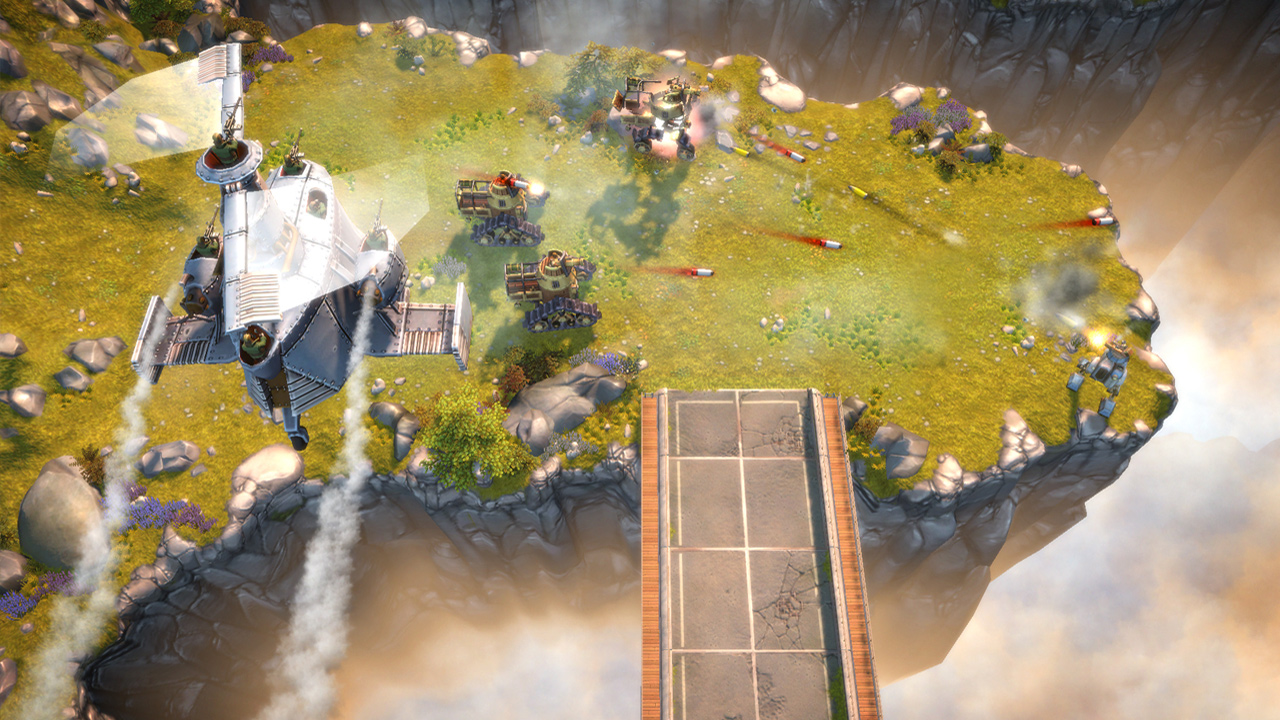 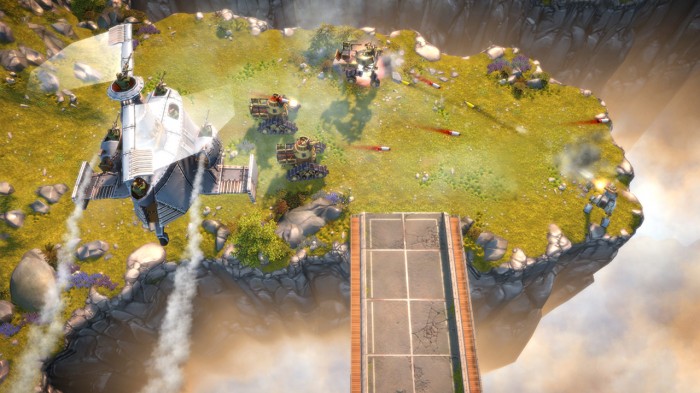 Originally released for the Xbox LIVE Arcade and later on the PlayStation Network, Vanguard Games new top-down shooter, Gatling Gears is now available for the Windows PC platform (on EA’s Origin service). The game is set in the Mistbound IP (which is also where the strategy game Greed Corp. is set). Gatling Gears puts players in command of a two-legged walker equipped with Gatling guns, cannons, and grenade launchers. The goal of each mission is simple: move your walker (using WASD) while aiming and firing (using the mouse) through the various levels, dispatching any enemies along the way. You collect gold for upgrading your Gatling gear, and will run into several boss battles and ambushes on your adventure. The game, while simple and a bit repetitive, definitely has a fun quality about it that kept me playing for a long while. This game is most fun when played coop with a friend who will also command a Gatling gear. The action can get pretty hot and heavy, sometimes throwing so much on the screen at once it is hard to determine where your Gatling gear is amongst the carnage.

Visually, Gatling Gears is an attractive title, especially in its weapon effects and explosion effects. The characters and models all stay true to the Mistbound IP and, if you played Greed Corp., you will definitely feel like you are in the same game universe. In the sound department, the game does an adequate job of bringing the environments to life with ambient noises as well as the sounds of combat.

Overall, Gatling Gears is a fun, albeit sometimes-repetitive top-down shooter which excels when played in coop mode. 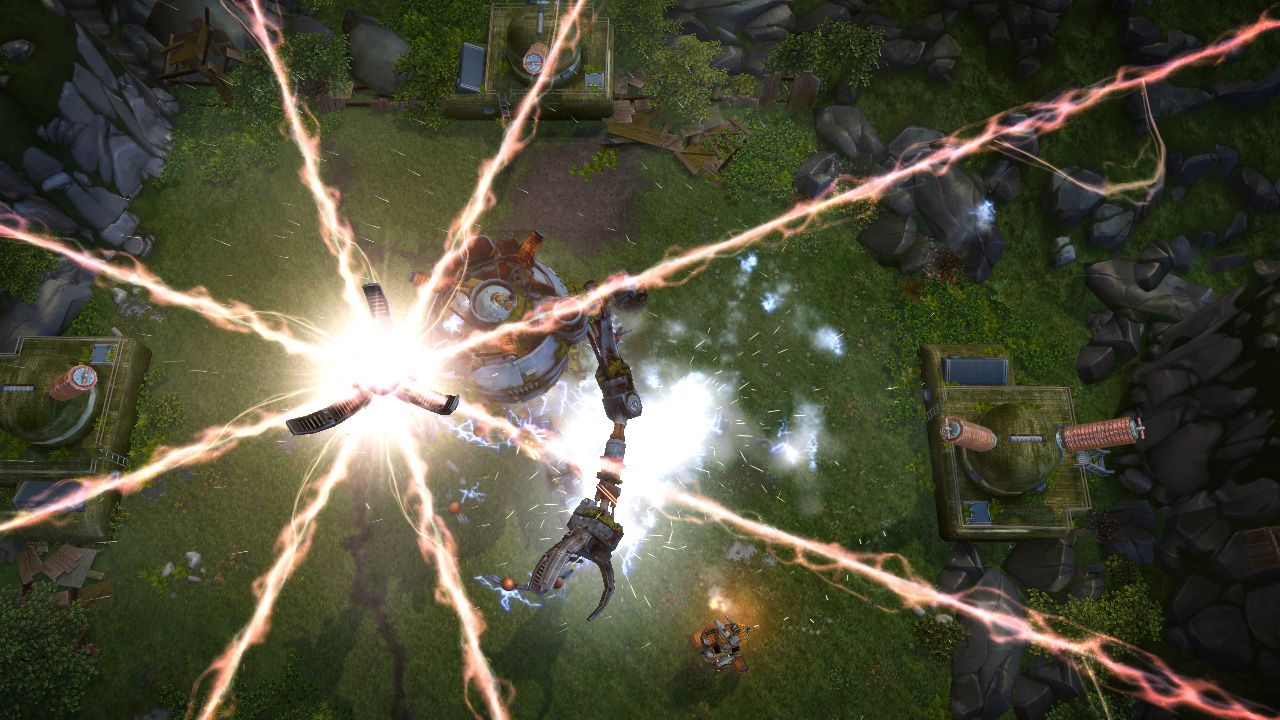 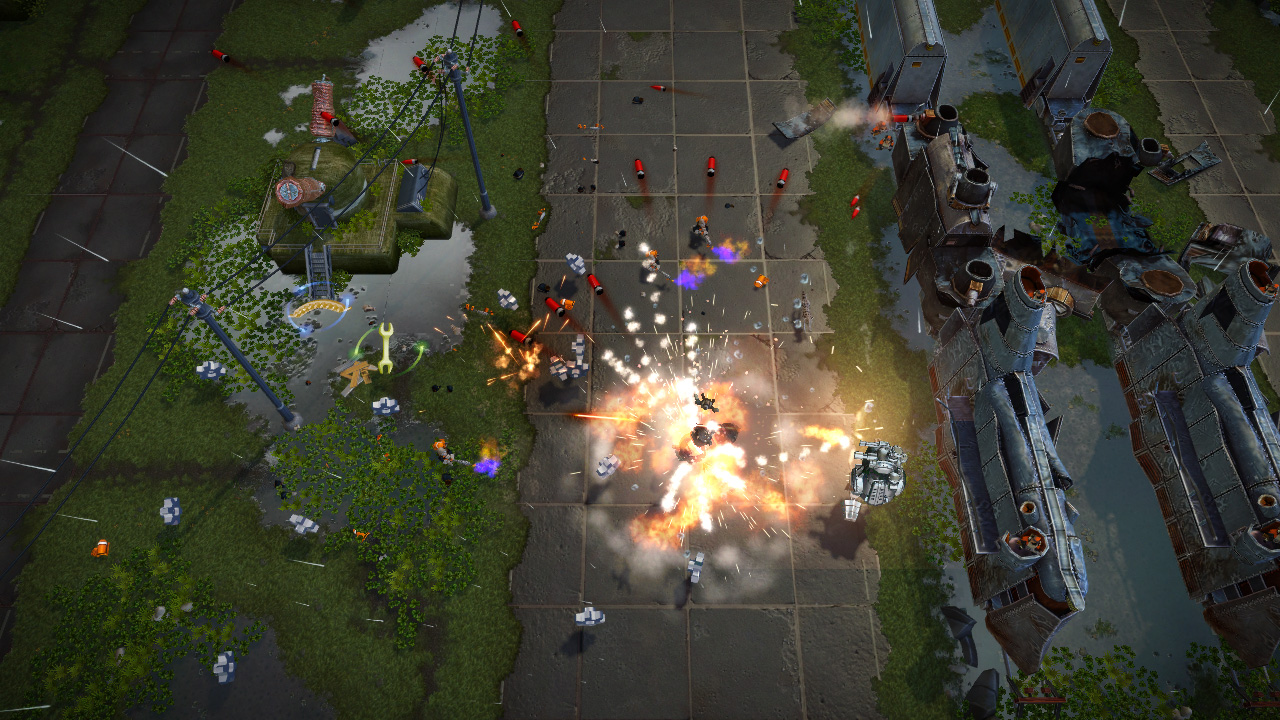