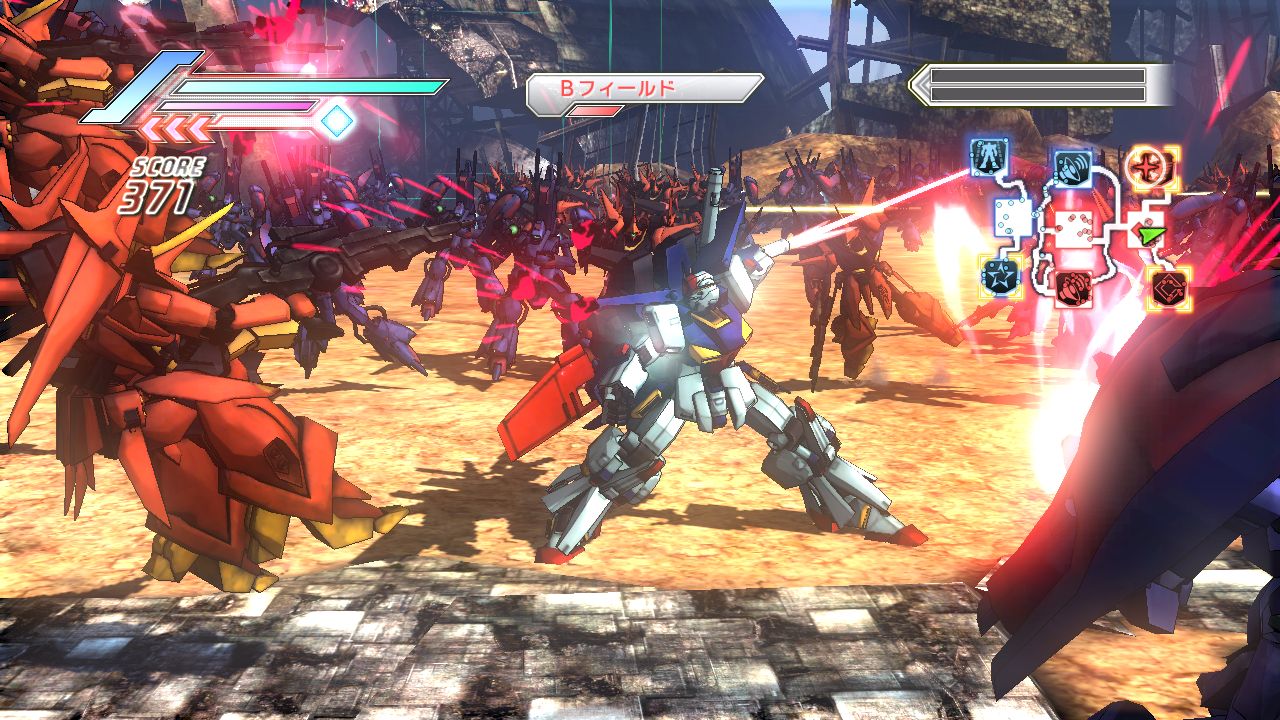 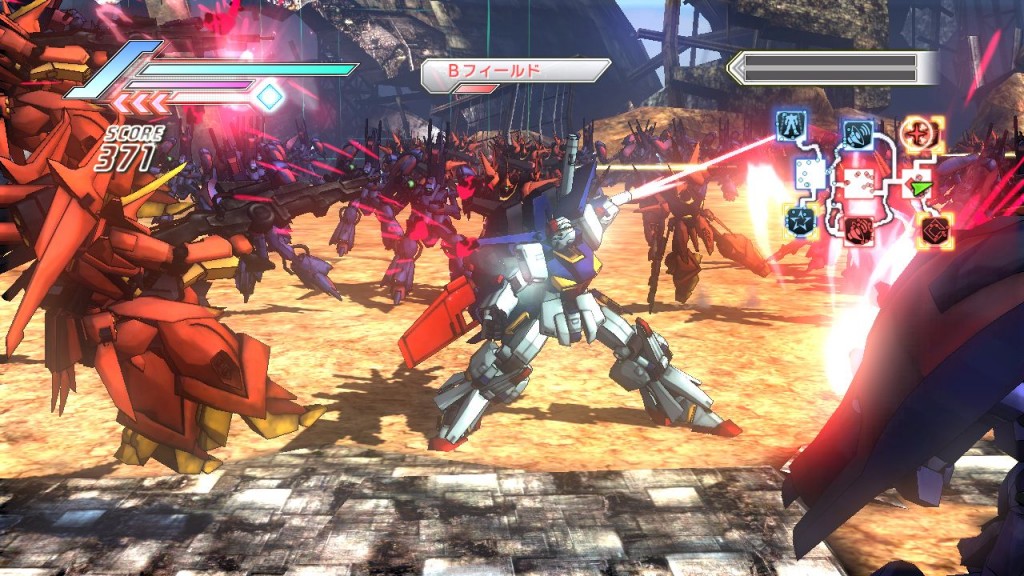 Oh Koei, when will you ever stop? After, to my best estimate, 438 Dynasty Warriors titles, Koei is bringing giant robot fighting to the table for the third time with the appropriately named Dynasty Warriors: Gundam 3. Does this outing prove improve on the franchise? Does it bring anything new and exciting to the world of gaming? Does it make any sense at all? Your answers are no, no, and no.

If you are unfamiliar with the Dynasty Warriors franchise, here’s a bit of a summary. You fill the shoes of a general in a sprawling battlefield, directing a war effort against the enemies of neighboring territories. You move through the map, taking strategic locations, and all around slaughtering countless enemies. After fulfilling certain level specific criteria the game will abruptly stop and announce that you’ve won the battle. Collect your rewards and carry on smartly.

For those unfamiliar with Gundam, here’s the lowdown. In the not too distant future humanity wages war against itself as we are wont to do. But this isn’t any old war… it’s future Japanese war! Giant robots! Bang! Smash! Kapow! Random philosophical musings! Wait… what? You see, Gundams, the aforementioned giant robots, are largely piloted by teenagers who spout more pretentious nonsense than your average asshole “writing” his “screenplay” at your corner coffee shop. If you were wondering how you could make giant robots boring, there you go.

Great! Now that we’re all caught up, where does that leave us? My average Dynasty Warriors: Gundam 3 experience went a little like this. Choose pilot, choose Gundam, choose mission, mash the X button a whole lot for five minutes until I won, listen to teenagers shout psycho-babble at one another, repeat ad infinitum.

Granted there are dozens of pilots to choose from, each with bountiful missions to complete and upgradeable statistics, and countless Gundams to unlock and upgrade. The overwhelming response I gave to the game was a resounding “meh.” There is a ton of content present but none of it is very deep. You can choose to play through various story missions, oftentimes seeing things from both sides of the conflict which end up feeling quite identical to one another. There are memorial missions which retell key points in the various Gundam anime series which all play and feel quite identical to the story missions. There are even friendship missions to help you gain new allies which, you guessed it, are no different from the story missions save for your reward at the end.

This game is a straightforward grinder in the most boring sense of the word. You are doing the same thing over and over and over again with your only rewards being upgrades to your mobile suit or new allies which don’t change the gameplay at all, leaving you wondering why you’re bothering in the first place.

All this adds up to a game that is extremely long, just not very big. On a somewhat more positive note, the game does populate hundreds of enemies onscreen at once and the character models for the Gundam themselves are quite detailed, however none of this matters much when the enemies only AI seems to be “surround player en masse, shoot gun repeatedly.” I can think of far more interesting ways to spend sixty bucks rather than listening to a 12 year old boy hollering stuff about machines, nature, and being a father while I press the X button over and over and over and over again.

Seriously, that’s all you do: press X.