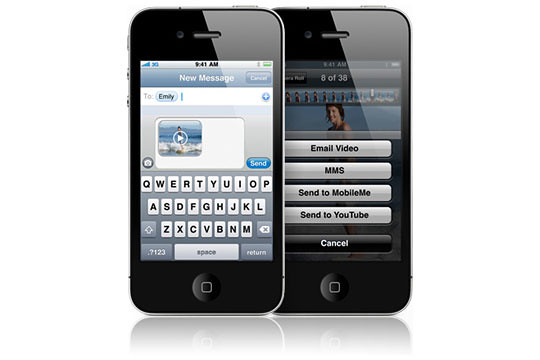 Apple CEO Steve Jobs announced their iPhone 4 at the keynote speech of the WWDC, which is currently underway in San Francisco. The phone and accompanying OS, which will now be known as iOS 4, are all set for release later this month. Some of the more interesting aspects of this new phone are its internal gyroscope, which will allow for 6-degrees of freedom in gaming applications, as well as the ability to do video chatting. Unfortunately, this all comes to light after AT&amp;amp;T announces bandwidth caps on its data usage plans, which will hamper the user experience unless a compromise can be reached.

Read more about this new phone as well as when you can get it, After the Break!

If you are a user of the iPhone 3G, 3GS, or new iPod Touch devices you will be able to upgrade to the new iOS4 for free starting on June 21st.