A little over a year ago, we reviewed Bigfoot Networks Killer M1 network interface card, giving it some high marks for the performance gain in many of our favorite online/multiplayer games. However, one thing that always bothered us about the unit was that it’s high price point did not really necessitate purchasing it when, for just a few dollars more, you could pick up a new CPU instead. Bigfoot Networks has learned from their experiences with the previous products and recently released the Xeno line of network interface cards. In this review, we will focus on their Xeno Pro NIC.

DESIGN
Unlike the Killer M1, the Xeno utilizes a PCI-E interface, making it able to be a lot smaller than the previous unit. Gone is the blade-like heatsink, replaced by the Killer emblem on the NPU (Network Processing Unit). The card measures 4′ x 4.5′ x .75′ and weighs only 4 oz. The back of the Xeno Pro features not only a LAN cable port, but also a USB 2.0 port, 3.5mm headphone jack and 3.5mm microphone jack. 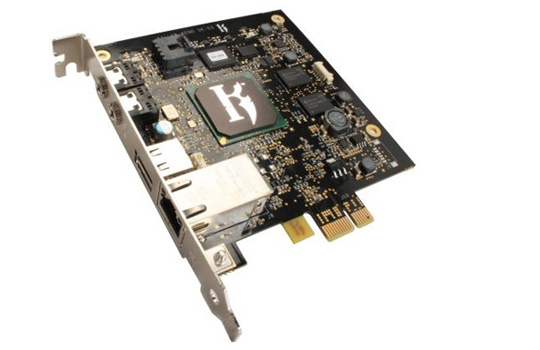 INSTALLATION
Installing the card into an available PCI-E slot is relatively simple provided you have done such an operation before. Your PC case may have a proprietary locking system on the card bays, so be sure to check your case manual for how to insert new cards into the motherboard. For those of you with experience, you will have the card physically in the mobo in a minute or two. From there, just plug in the cables to the back of the unit and turn on the PC. Once on, you insert the included software disc and install the Xeno Pro software/drivers.

SOFTWARE
The basic Xeno Pro software package is very similar to the one that shipped with the Killer M1 NIC, featuring an straightforward layout with the controls to prioritize various applications and games in the network stack, as well as simply turning the card from ‘Application’ to ‘Game’ mode, in case you just want to keep things generally-simple. There is not a lot of help though when using the software, though, which would make things a lot easier for less-experienced users. One such feature is the ‘My Internet Connection Speec’ setting in the Bandwidth Control app. Unless directed, you could completely miss setting the average upload and download speeds of your connection. The software uses these figures in its calculations and, if not set properly, you could actually hinder your connection!

An optional piece of software that I cannot, as a Xeno Pro user, recommend downloading enough is the ‘Dashboard’ software, which features an array of very useful network monitoring tools. It easily allows you to monitor UDP Offload, Ping, CPU Load, and graphical Frames Per Second. This makes benchmarking the card a heck of a lot easier for everyone, and the results will be readily available when you need them – especially the UDP Offload. There is actually no way to test for UDP Offload without a third-party as UDP packets require no ACK packets sent in return with which to measure. When running the Dashboard software, it utilizes Bigfoot Networks servers to calculate your estimated offload. 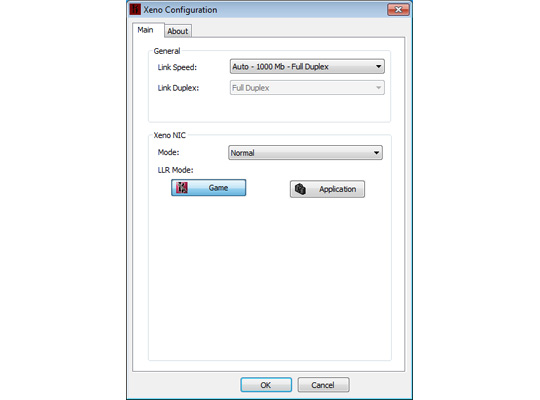 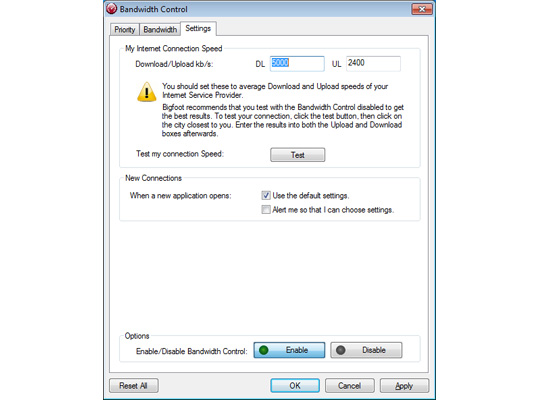 TESTING
For our testing, we chose four different games: World of Warcraft, Team Fortress 2, and Call of Duty: Modern Warfare 2. The Bigfoot Networks Dashboard software was used for benchmarking purposes, although we cross-referenced the FPS ratings with ones taken in FRAPS as well for verification. Each test was done in three iterations both with and without the Xeno Pro, over a period of five minutes each.

MISC. ONBOARD FEATURES
It is worth noting that Bigfoot Networks allows users to take advantage of the fact that they basically have a whole separate computer system on the PCI-E card to actually run applications on it. This adds an additional level of benefit to owning one of the cards, as it can run specialized versions of applications like TeamSpeak and Skype without affecting your main system’s performance.

Also important to note is that the Killer Xeno Pro features a full-fledged firewall solution, which has the benefits of a software firewall in terms of flexibility, but also backed up by the hardware of the card itself – a ‘best of both worlds’ solution, if you will. 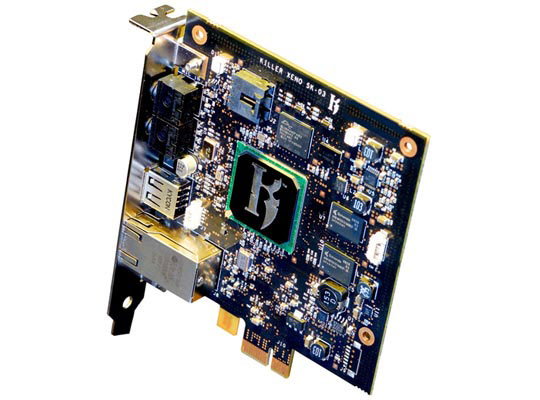 FINAL THOUGHTS
While our results show that the Bigfoot Networks Killer Xeno Pro NIC does improve UDP performance, we are left wondering if gamers will shell out the extra cash to buy the card on its own when most motherboards these days already come standard with internal network cards. Thankfully, three things should help gamers decide in Bigfoot Networks’ favor – the fact that they have joined forces with system-builders such as Alienware, Dell, and iBuyPower to allow the card to be installed at the time of system configuration/purchase; Also, the card recently fell in price by roughly $30 dollars. Its new $99 dollar price point means that it is finally reasonable enough for gamers to want to pick up, even on its own through EVGA and VisionTek; And, finally, you get the a really nice firewall on the card to boot. The Killer XENO Pro is a good way to squeeze a bit more performance out of your PC without having to purchase a brand-new GPU or CPU.