BitDefender has been a well-known anti virus developer in the European market for quite some time, their history stretching back to 1996 (that is very respectable in computer-time). In 2004, they brought their security products to the US, looking to dethrone the big guys at Norton and McAfee. A market they have now stepped into is the gamer segment, and we got a chance to test drive their new GameSafe Antivirus Defense suite recently to see how it holds up.

BitDefender is touting GameSafe as the anti virus program for gamers everywhere, due to low system overhead and the ‘gamer mode’ which disables all non-essential functions which would usually slow down game performance in other anti virus programs. In fact, the GameSafe suite came about when they polled gamers to find out what anti virus software they were using and determined many gamers just disable the software regardless of type to keep their performance up. I know that while I ran Norton (a year or so ago at this point), my systems were noticeably slower and lets face it, Norton has a huge memory overhead.

theSuite: BitDefender already has a line of security suites with various functionality. Their basic anti virus program has the ‘gamer mode’, however it does not include the firewall. This product is $24.95 for a 1 user, 1 year lease. GameSafe also costs $24.95 for a 1 user, 1 year lease but does include the firewall portion of the suite. GameSafe does not include, however, the data backup or ‘tune up’ features of BitDefender’s higher-end products. An anti virus program we have fondly used in the past, ESET’s NOD32, which does not include a firewall costs $39.99 a year for a single-user license.

theInstall: GameSafe comes on one disk and installing only took a matter of minutes. Upon successfully finishing, it will ask you if you would like to perform a very deep scan on your system to get a baseline reading. This took about fifteen minutes on our mammoth system, but once it was finished and we were sure that it was not infected, it was time to begin.

theTesting: We ran our PC in two different test environments (Age of Conan and Crysis) before installing the GameSafe suite. In fact, we made sure that there was no anti virus on the system at all during this baseline reading. Then, we installed GameSafe (running in ‘gamer mode’) and ran the same tests again with the same graphical settings. We reached the following results:

As you can see, there was no discernible difference in frames per second before or after running the GameSafe Antivirus Defense program. Their claim as to it not affecting performance has been up held.

theConclusion: Running both Crysis and Age of Conan yielded no difference in performance with and without GameSafe installed and in ‘gamer mode’. This tells us that GameSafe does indeed continue protecting your system while allowing you to keep your game performance up where it would be without it as BitDefender claimed.

We would highly recommend BitDefender’s GameSafe to any gamer looking to get a good anti virus suite they won’t have to turn off before firing up their favority game. 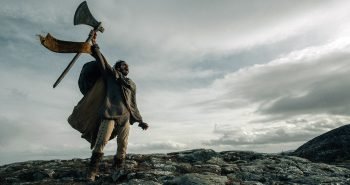 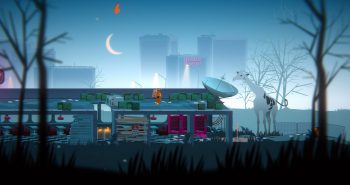 Golf Club: Wasteland Putts Through the...