Shang-Chi and The Legend of The Ten Rings Action Featurette

In the action-packed “Next Level Action” featurette, cast members Simu Liu, Awkwafina, Tony Leung, Michelle Yeoh and Fala Chen, and producer Kevin Feige, director Destin Daniel Cretton and fight coordinator Andy Cheng offer an upfront look at the jaw-dropping action in Marvel Studios’ “Shang-Chi and The Legend of The Ten Rings.” Showcasing a combination of Marvel Studios’ signature action style and the mastery of martial artists from around the world, “Shang-Chi and The Legend of The Ten Rings” is poised to explode on screen with never-seen-before action and spectacle.

Marvel Studios’ “Shang-Chi and The Legend of The Ten Rings” opens in theaters on Friday, September 3.

Marvel Studios’ “Shang-Chi and The Legend of The Ten Rings” stars Simu Liu as Shang-Chi, who must confront the past he thought he left behind when he is drawn into the web of the mysterious Ten Rings organization. The film also stars Awkwafina as Shang-Chi’s friend Katy, with Michelle Yeoh as Ying Nan, and Tony Leung as Xu Wenwu, Shang-Chi’s father; as well as Meng’er Zhang, Fala Chen, Florian Munteanu, Benedict Wong, Yuen Wah, Ronny Chieng, Zach Cherry, and Dallas Liu.

Take a walk through Haven Springs’ Record Store with Alex in this EXCLUSIVE first look at gameplay!

Life is Strange: True Colors is slated for release on PlayStation 5®, PlayStation 4®, Xbox One, Xbox Series X|S, PC Steam, and Google Stadia on September 10, 2021, and Nintendo Switch later this year.

On VOD September 14th and on Blu-ray October 12th

Throw Anything Out Now

In Throw Anything The mysterious “Scientist X” has decided to play God – conducting secret, forbidden experiments in secluded laboratories throughout the world. To conquer the whole world by spreading zombie viruses using ubiquitous cube.

There is nowhere to run and nowhere to hide as zombies climb up the walls hoping to satisfy their appetite for brains. To survive in Throw Anything: reload your guns, destroy all furniture in the room, and defeat zombies by throwing anything and everything to them.

Throw Anything now has over 50 million views on YouTube. The game has been optimized for the quest version in which you can enjoy the demo version and the paid version on the Sidequest VR

11 bit studios is proud to announce Frostpunk 2 – the sequel to the highly acclaimed, BAFTA-nominated society survival city-builder. Frostpunk 2 is the first project to be revealed from the three in-house games that are currently being developed at the Warsaw-based company. In addition to the big reveal, you can try the original Frostpunk for free on Steam for a limited time during this coming weekend between August 12th and 16th.

In Frostpunk’s successor, players are once again tasked with playing as the leader of a resource-hungry metropolis where the expansion and search for new sources of power is an unavoidable reality. But the apocalyptic world has moved on. After the age of coal, conquering Frostland for the oil extraction industry is expected to be the new salvation of what’s left of humanity. However, change does not come easily, and not everyone in this new multi-layered society will welcome this new direction.

Gas Station Simulator Gets A Release Date and Trailer

Movie Games has the pleasure to announce that Gas Station Simulator, the creative simulation / management game by DRAGO entertainment, will be released on September 15th on Steam at $19.99, with a 10% launch discount. Console versions are scheduled for 2022. The game’s free prologue became a hit among streamers, with 10+ million total views on YouTube alone.

Gas Station Simulator is a game about renovating, expanding and running a gas station along a highway in the middle of an American desert. The players will clean, fix, paint, decorate, repair or buy new equipment, and start serving their customers, confronting different personas with varied expectations.

The game offers a huge amount of customization options as well as plenty of additional activities and minigames. One of its strongest features is emergent gameplay, stemming from high interactivity combined with a variety of random encounters. 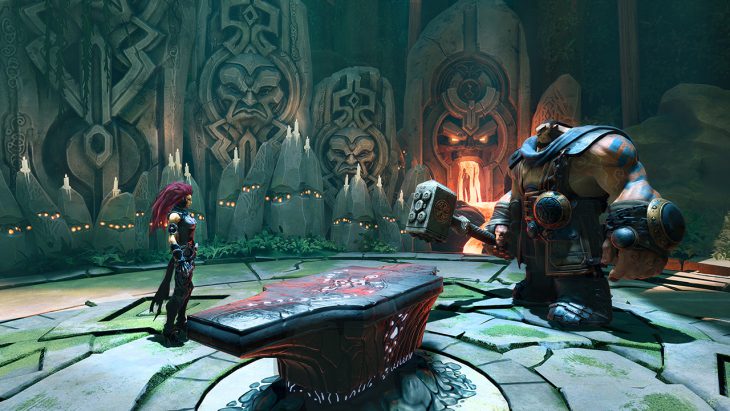 Fury, the third and probably most badass horseman, cracks her whip again! Darksiders III will launch on September 30, 2021 on Nintendo Switch™, both digitally and in retail stores. The Apocalypse is in your hands! 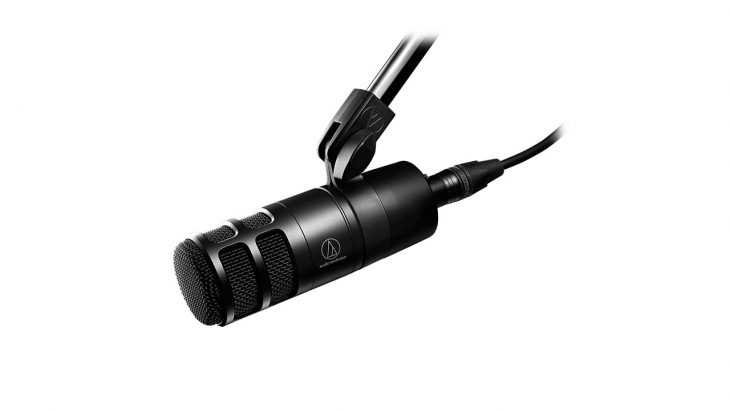 Audio-Technica, a leading innovator in transducer technology for over 50 years, is now shipping its new AT2040 Hypercardioid Dynamic Podcast Microphone. Inspired by the performance of Audio-Technica’s acclaimed BP40 Large-Diaphragm Dynamic Broadcast Microphone, the AT2040 brings professional-quality sound with exceptional vocal reproduction to podcasters and other content creators at an affordable price point.

Featuring a stylish yet rugged all-metal construction, the AT2040 excels at isolated/up-close vocal reproduction and rejection of unwanted room noise due to its tight hypercardioid pickup pattern, ensuring professional-quality podcasts. The AT2040 provides smooth, warm, natural sound, while the mic’s multistage windscreen combines a nonwoven filter with foam mesh to provide superior internal pop filtering. Its specially-designed integrated shock mount prevents unwanted noise by attenuating vibration from a boom arm or mic stand.

The AT2040’s XLR output connects to a conventional analog microphone input, providing versatile use with everything from USB audio interfaces to professional mixing consoles. The mic comes standard with a pivoting stand mount, a 5/8″-27 to 3/8″-16 threaded adapter, and a soft protective pouch.

Gary Boss, Audio-Technica U.S. Marketing Director, noted, “Audio-Technica microphones have been embraced by streamers, YouTubers and other content creators in recent years, but previously we didn’t offer a dynamic hypercardioid microphone so finely-tuned to the needs of podcasters. We are proud to offer the AT2040, with its smooth vocal reproduction and focused pickup that will help take your podcast to the next level.”

The AT2040 Hypercardioid Dynamic Podcast Microphone is now available at a suggested US retail price of $99.00. For more information, please visit www.audio-technica.com.

Indie developer Mighty Yell and publisher Skybound Games are paging to say the ‘90s cross-country adventure game The Big Con will launch on Aug. 31, 2021, for Xbox Series X|S, Xbox One, and PC via Steam for $14.99 / €12,49 / £10.74. A classic teenage coming-of-age story, The Big Con is a hilarious trip featuring open-ended narrative, sneaky situations, puzzles and exploration… and lots of petty theft and grifting!

Mighty Yell’s new behind-the-scenes trailer announcing The Big Con’s release date is a deep dive into the ongoing process to audition for the game’s sweeping, sprawling screenplay, an unabridged manuscript of thirteen weighty words (not a typo, it’s 13 words long). With each individual syllable carrying so much theatrical gravitas, there seemed only one logical solution: invite fans to submit their own recorded performances for a chance to have their voice appear in the game itself!

Mighty Yell asked some of gaming’s most accomplished thespians to spread the word about this search for the industry’s next big stars. Four greats who will not appear in The Big Con itself, but who are featured in the game’s new trailer — Troy Baker (The Last of Us, Uncharted), Dave Fennoy (The Walking Dead), Melissa Hutchison (The Walking Dead), and Erika Ishii (Apex Legends, Destiny 2) — have helped kick off this fun community contest today.

From July 22 until July 29, those based in the United States can submit your very own audition tape! We’ve made it radically easy for anyone to rival some of the industry’s best voice talent. It’s never been simpler: just go to https://www.thebigcongame.com/bigcontest to learn how.

The Big Con is all about Ali, a teenage con artist trying to save her mom’s video store from unscrupulous loan sharks any way she can. In this colorful adventure filled with punchy puzzles and dialogue, how you make that money is up to you: travel across the country picking pockets and locks, persuading marks, sneaking around in disguises, and even profiting off the latest plushie fad.