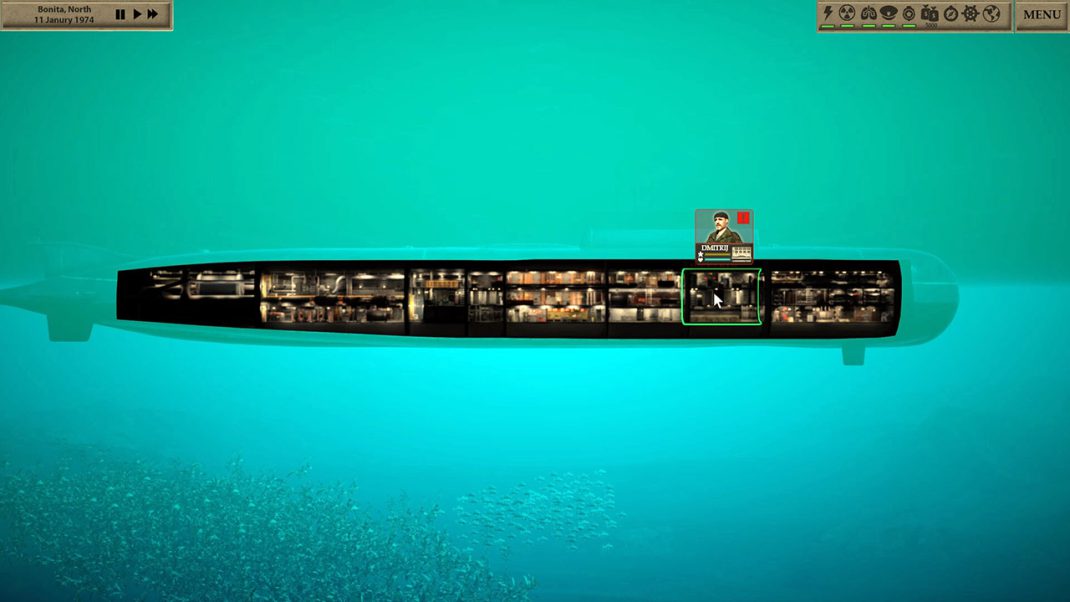 NUCLEAR SUB – A realistic, nuclear submarine simulator from UBOAT’s publisher announced on Steam! Dive into the unique story of the nuclear submarine crew. The government sends its best armed and best tactically prepared undersea crew to face hostile units in the far depths of the cold North. It seems that everything is already in place that would be needed for success, an excellent crew, and a great ship, the only thing missing is a person who has the tactical sense to handle naval battles.

You need to control the morale of the sailors, manage weapons and food supplies, and constantly check the technical condition of the submarine, especially its nuclear reactor. Will you prove yourself in this role?

Manage basic resources such as indoor oxygen levels and the correct functioning of the nuclear reactor. Monitor the availability of electricity and check if navigation and mechanical systems are working properly. The better the condition of the ship you provide, the happier the sailors will be and the more efficiently they will perform their tasks. Remember to keep morale high, but also don’t forget the realistically represented hierarchy on the submarine directly contributes to maintaining order among the crew.

When going into deep waters with a nuclear submarine, you must remember to control its propulsion. A nuclear reactor requires constant attention and checking of its technical condition. If a malfunction occurs, close off the relevant parts of the ship to cut off damaged or flooded sections.

Explore the oceans of the open world, looking out for enemy units. Complete missions assigned by your superiors and assign tasks to your subordinates. Destroy enemy ships and raise the morale of your crew. A wide range of Cold War missile selections will allow you to win any battle of the many planned scenarios, and an advanced ship damage system will make the gameplay even more realistic.