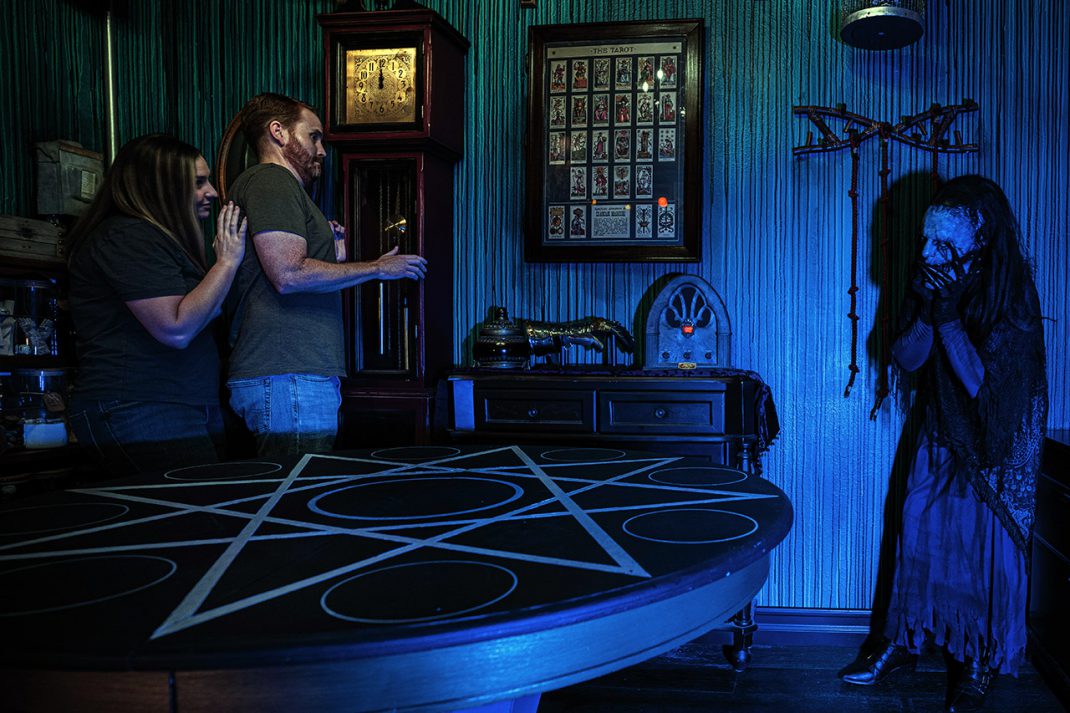 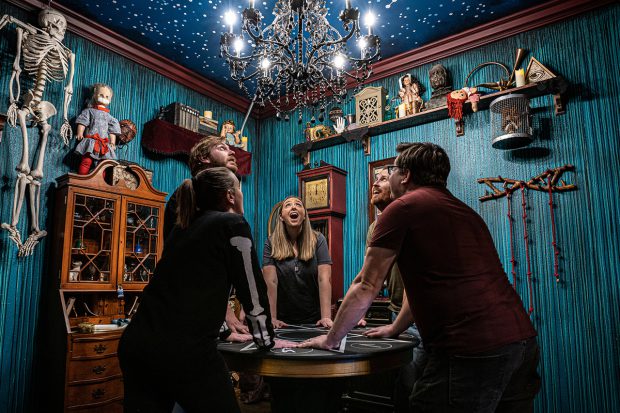 Cross Roads Escape Games The Weeping Witch is actually a sequel of sorts to the amazing, and short-lived, Séance live theatrical experience that they hosted in 2019. Without spoiling the plot, you will definitely recognize some of the story elements and characters from the Séance (if you attended it – and you should have!). As with most escape rooms, you are given some basic instructions before going into the room. The Weeping Witch is no different, except you are also given some interesting items which you need to hold onto throughout the game – you’ll need them later! Also part of the pre-show is a story-building narrative. During the preview, it was read to us by the game master but they said they would be putting it into a video format soon. This story helped construct the world we were stepping into and contained lots of helpful tips – be sure to listen, no matter what format it is presented to your team in. Like any escape room, once inside The Weeping Witch you’ll need to solve a variety of puzzles in order to complete your objective and survive!

Setting it apart from other escape rooms which usually drop players into a space without a good starting point, The Weeping Witch has clever ways of informing players what their goals are and actually lays out a lot of the instructions out in the room before them in a way that doesn’t break the narrative. This gives the team of players a sense of unified mission as you have certain things to accomplish in order. Our group was made up of six people, which seemed like a really good number of players for the room. There were plenty of puzzles and we could split off into teams of two in order to solve them. From a puzzle standpoint, The Weeping Witch is a challenging room. Do your best and have fun, our group escaped with three minutes and fifty five seconds to spare. The only reason we made it out with that little time left at all was because of the in-game help system. 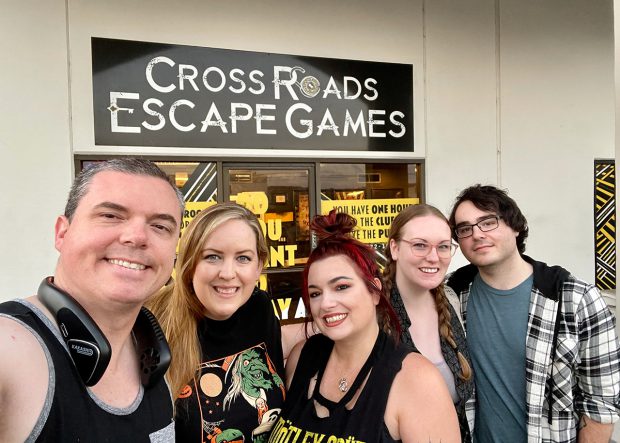 Our group prior to going in!

Unlike many escape rooms where the help system takes the form of a narrative-breaking walkie talkie or a phone, The Weeping Witch’s help system is all in-world and perfect for the overall experience. Instead of it becoming a source of shame for needing help, you actually look forward to using it as the system brings a whole separate element to the game which is rewarding in and of itself. As mentioned, the in-world narrative is one of The Weeping Witch’s many strengths. I would love to see them create more escape rooms in this game world – perhaps based around some of the other interesting characters your group might encounter in The Weeping Witch?

The physical elements of the game are somewhat more challenging than your usual escape room, but nothing back-breaking. There will be some crawling that needs to be done but nothing too vigorous. There are also several phases of darkness in the maze, but most of those times you won’t be required to do anything except cower in fear with one another. Most of the puzzles will be solved upright and on your feet, which is nice! 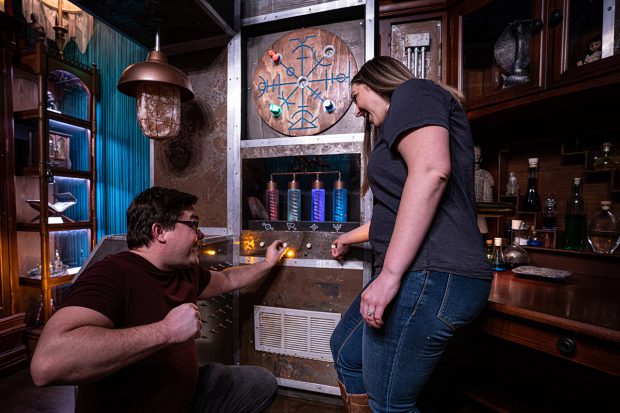 The horror? Well, The Weeping Witch is full of horror, creeps, and shrieks in the best way possible. Throughout your experience, you’ll come into contact with evil forces and, if you’re unlucky enough, the witch herself! Just know that none of the actors will intentionally touch you and, of course, no one in your group should attempt to touch the actors. The evil creature or creatures you may encounter are beautifully-scary with great costuming and masks. Coupled with some solid physical character work on their behalf and they are truly terrifying spectacles to behold. Aside from the scary monsters, the overall level of technical expertise and effects work in The Weeping Witch is bar none the best I have ever seen. Everything works in a smooth and cohesive manner. When it doesn’t, you’ll find that the reason is more likely than not that your group is missing something in the puzzle-solving. The set design in The Weeping Witch is also outstanding. All of the props are placed with purpose and, sometimes, provide little Easter eggs for those with a keen eye. 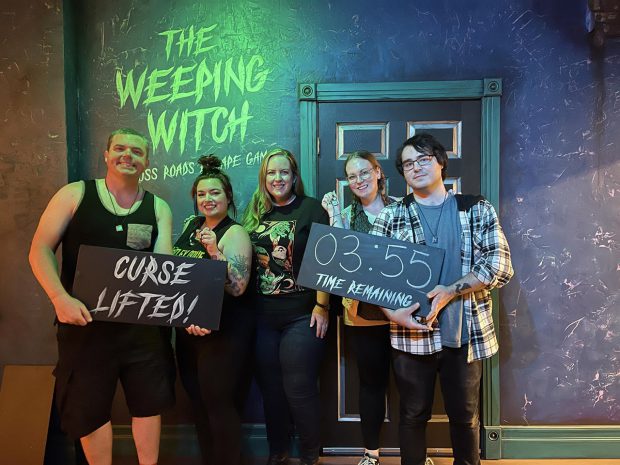 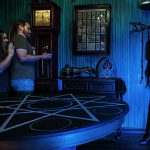