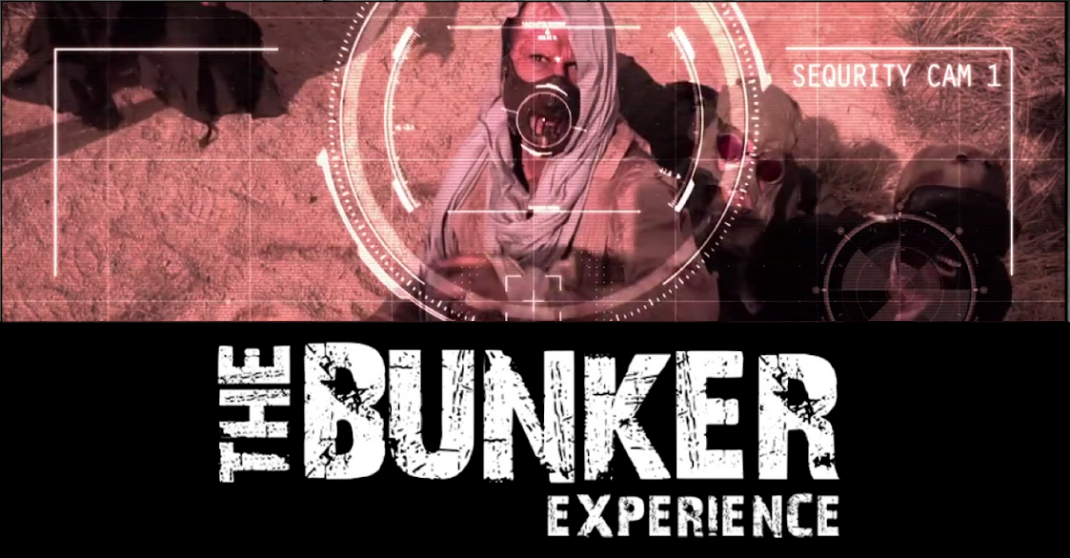 Story is essential to The Bunker Experience, but you may not be aware of it on your first go-through. The creator of The Bunker Experience originally intended the IP to take the form of a web series before it became an escape room, and this episodic mentality will persist much to the benefit of guests. They are planning to add new “chapters” or “episodes” as time goes on, allowing guests to continue the story of their survivor group throughout the wasteland. A lot of credit must be given to the actors populating The Bunker Experience. They are all in-character, complete with makeup applications and full costumes. One of the coolest things about The Bunker Experience is that it also features a short walk-through dark maze similar to a haunted house. What’s more, they are even adding a special Halloween event to the experience for the Fall season! We are not quite sure what this Halloween event will entail, but we were told it would be very scary and feature lots of monsters.

Despite its awesome location, story, and committed actors, The Bunker Experience is not the most challenging escape room we have encountered. You are given 45 minutes (instead of the usual hour) to escape from the bunker and make it to the safe zone and our group made it out with time to spare. The challenge isn’t easy by any means, but it also isn’t too hard. It makes for a great first escape room for someone who has never been to one before but can also offer enough challenge and ambiance for veteran escape room challengers. Also, the end of the experience wasn’t very well-defined. It took us a few seconds to realize what happened when we finished it. I hope they can denote “the end” a little more clearly in the future of this chapter of The Bunker Experience saga. Overall, The Bunker Experience is a lot of fun, and features a terrific environment for an escape room and maze. Even though the larger story was a bit lost on us because we were only looking at the very first part of the saga, the idea of adding more “chapters” to survive is pretty revolutionary in the escape room marketplace.

Also, I can’t wait to see how they amp up the terror with a haunted house/scare zone during the Halloween season! By the way, tickets for the Halloween event are also on sale now!

You can book your party’s escape at The Bunker Experience’s official website.