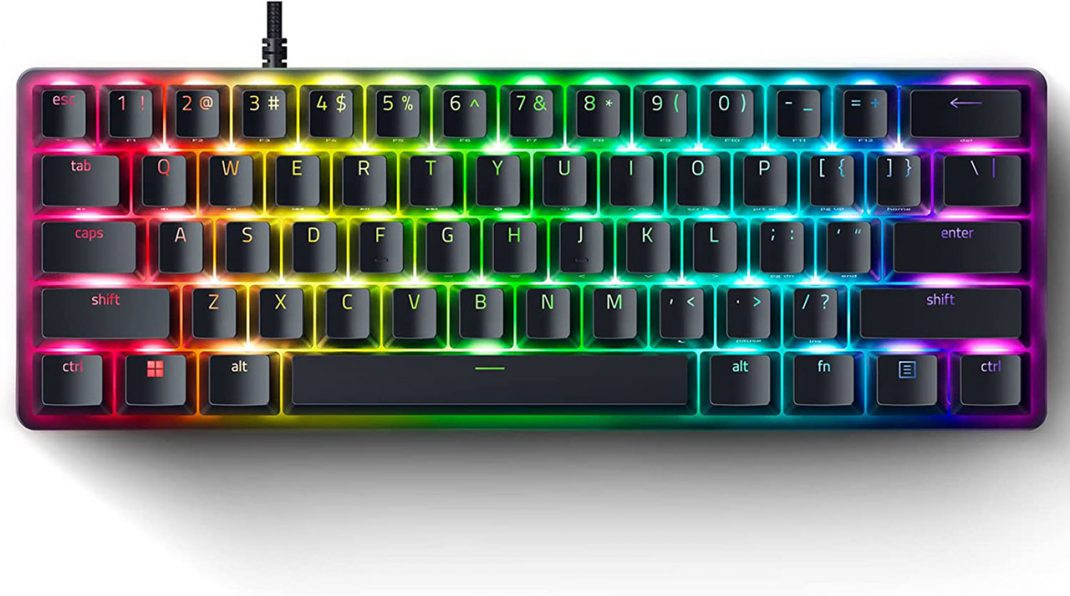 I have been a big fan of the Razer Huntsman line since its initial offering in 2018, even giving it our official Seal of Excellence – something we rarely award items. These futuristic new key switches having the benefits of both optical and mechanical keys was brilliant. That was several years ago and, since that time, Razer has gone on to refine the design even more – offering variations of the Huntsman to suit different types of gamers. In 2020, they introduced the Huntsman Mini – a 60% size version of the Huntsman meant for gamers needing a compact gaming keyboard. Now, in 2022, Razer has unveiled the Hunsman Mini Analog. This 60% sized keyboard features its new analog optical key switches. These allow not just on/off functionality from those keys but a gradient of control similar to an analog stick on a gamepad. But why would you want this – what benefit does it have for the gamer? Read on to find out! 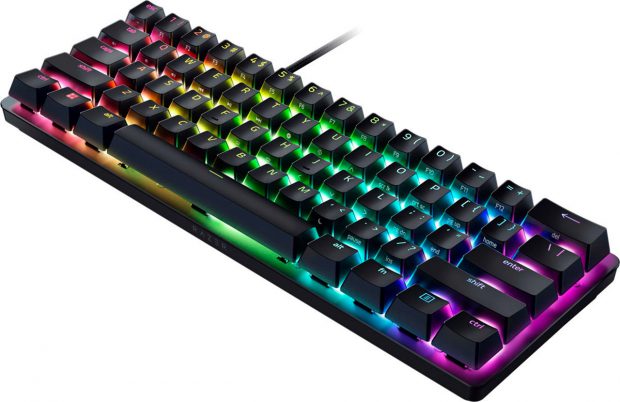 From a design standpoint, the Razer Huntsman Mini Analog is nearly identical to its Huntsman Mini sibling. Its measurements are 13.35 inches long by 6.61 inches wide by 1.97 inches high. This is one slim little keyboard and certainly lives up to the “mini” moniker. The keyboard has a USB-C port on it and connects to your PC via an adapter USB cable that is included with the box. The body of the keyboard itself has an aluminum exterior that feels durable and well-built, despite its small size. When shrinking a full-size keyboard down to roughly 60% size, some cuts have to be made and, in the case of the Razer Huntsman Mini Analog, that means they removed the arrow keys, numeric keypad, and media control keys. However, as much as I miss them coming from the bigger keyboard world, they simply aren’t needed for the use cases imagined for the Huntsman Mini Analog.

Here is a video from Razer explaining the design and function of their Analog Optical key switch:

This keyboard is portable with a small footprint, meaning it’s a terrific choice for bringing to tournaments or cramped office environments. When I was working on my degree, I spent many late nights crammed into a dorm on a small desk. Having a larger keyboard would have just taken up too much space. Also a great selling point for the Huntsman Mini Analog is its full compatibility in the Razer Synapse software suite. Within Synapse, you can configure the analog keys, setup macros, and even set up to 5 different keyboard profiles. Even better is that these can be stored on-board the keyboard so you can use it in a plug-and-play fashion!

Another cool feature of the Huntsman Mini Analog’s Synapse integration is the ability to automatically set the WASD keys to “joystick” mode with the click of a button. There is a secondary button to configure the ‘Q’ and ‘E’ keys to the left and right shoulder buttons of this virtual joystick. When in this fully analog mode, the QWASDE keys are acting as a gamepad of a sort. You’ll actually configure it as a gamepad in your game’s control settings (unless it is able to automatically recognize the Huntsman Mini Analog). Razer does warn that there may be some games that disable any keyboard input when a gamepad is selected but your mileage may vary. I did not encounter any of those situations when testing out this keyboard. 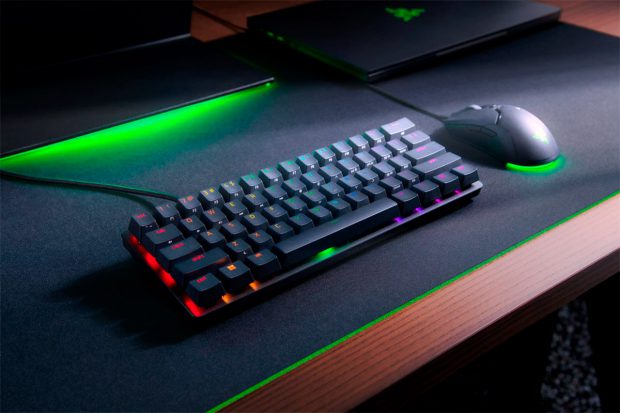 If you are not looking to use the Huntsman Mini Analog in its analog mode, there are other options for these cool new key switches. You can set them to what Razer calls “Dual-Step Actuation” mode. What this means is that you can assign two different actions or key presses to the single key. These activate in two stages as you depress said key. The example Razer lists for this is that on the first stage you could have the key ready a grenade and the second stage to be throw it. But, you could also set it to be mini macros of a sort where you mix and match tactical options based on your needs. Say throwing up a shield followed by drinking a health potion, etc. The choice is really yours and I am sure you’ll find a lot of use in the dual-step mode.

Another cool feature of these analog optical keys is that the actuation point is no longer static. You can set the actuation point within Razer Synapse. If you prefer to only have to lightly press on the key in order to get it to fire, you can do so! If you prefer the full length of the key press, that’s fine too. Personally, I didn’t use this feature a lot as I found the keys to have a pretty short actuation distance already. But I digress…

The Razer Huntsman Mini Analog gaming keyboard is available now for $149.99. You can find it online at Razer’s website as well as many other retailers. 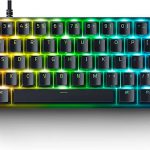