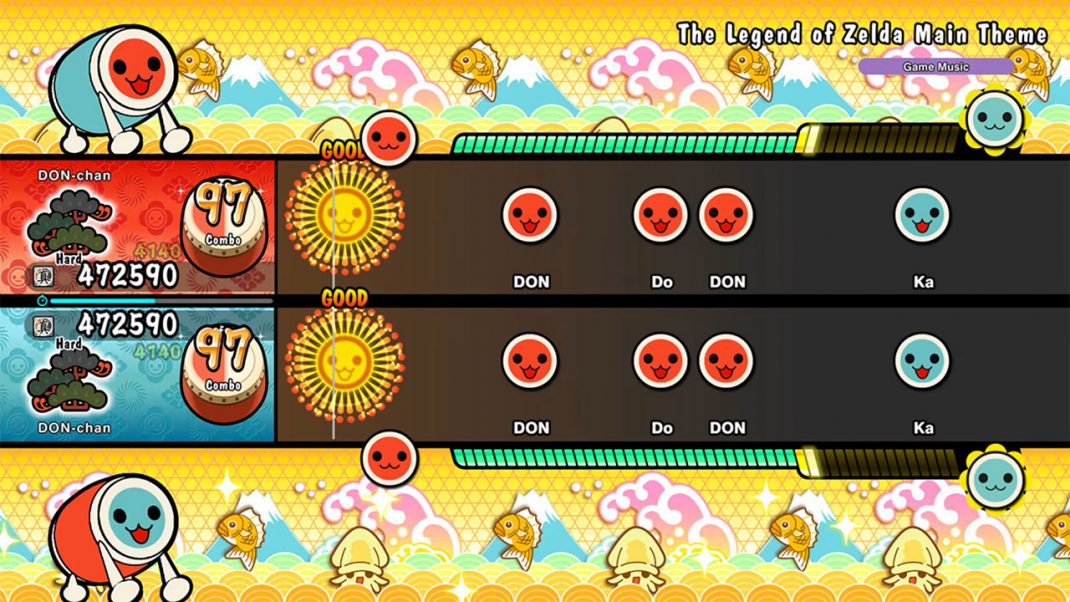 Take a tour of bustling Omiko City with fun-loving tour guides DON-chan and Kumo-Kyun to see how TAIKO NO TATSUJIN: RHYTHM FESTIVAL lets players drum to the beat of their own heart. Visit the Thunder Shrine to play the original Taiko Mode and the new Concierge Mode – Improvement Support, where players can master the most challenging sections of songs. Get the band together with party games in Taiko Land, where up to four players can compete in “couch co-op” as they drum different parts of songs or go head-to-head with another player with their hand-selected toys in the unique and colorful Great Drum Toy War mode. Take your skills on a global tour in Dondoko Town, competing with players from around the world on the road to becoming a Taiko master.

In TAIKO NO TATSUJIN: RHYTHM FESTIVAL, players will hone their drumming skills through 76 songs, choosing between motion, touch, or button control, and customize their experience by earning Don Coins as they play. The game will be the first title in the series to offer the Taiko Music Pass giving players access to a catalog of more than 500 songs along with monthly updates adding new songs.