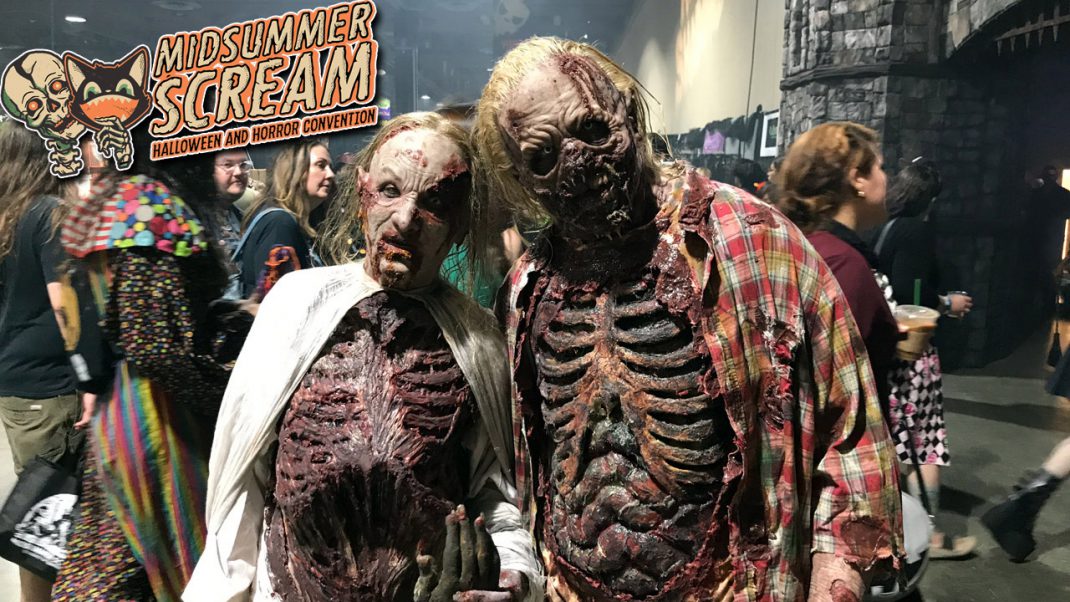 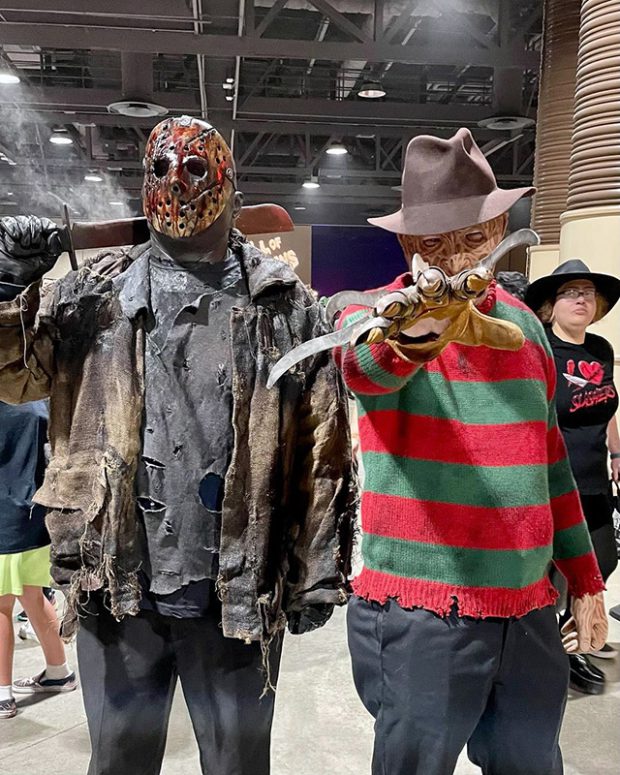 The folks at Midsummer Scream are back with their flagship event: Midsummer Scream! On our first night at the event, we attended an amazing screening of Chris LaMartina’s WNUF2 (if you haven’t watched the WNUF Halloween Special, you need to) as well as a great panel featuring Greg Nicotero. That evening was a sort of an un official “preview night” like you’d find at the San Diego Comic-Con. Attendance was super low, the weather was nice and cool, and you could roam the aisles with ease in order to purchase wares and visit friends.

The next day, the convention proper began and the turnout was outstanding! The general admission line went across the pedestrian bridge in front of the hotel and, had it not wrapped back around against it self, would have ended up in the Pacific. The VIP line was also full but that line moved much more quickly. I highly recommend their VIP tickets if you plan on attending more than just one day. The perks of earlier entry into panels as well as the event itself (you get in an hour ahead) is well worth the extra ticket price. 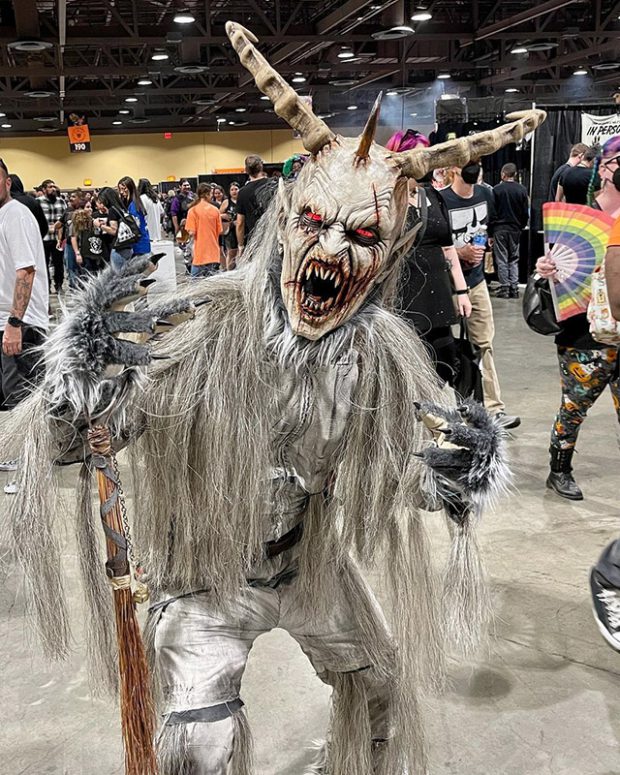 The Hall of Shadows made is triumphant return as well, featuring a number of local haunts presenting mini-haunt versions of themselves for attendees to experience. My favorite part of the Hall of Shadows this year was the recreation of the iconic Myers house from John Carpenter’s Halloween. The house featured a projection, light, and music show of sorts, recreating moments from the film as if you were seeing it unfold from the street, looking up at the two story house.

The Long Beach Convention Center has a huge expo floor and Midsummer Scream seemed to make use of every square foot. There were so many vendors featuring effects, props, artwork, sculptures, and other macabre wares that my wallet was substantially lighter when I left than when I entered the floor. 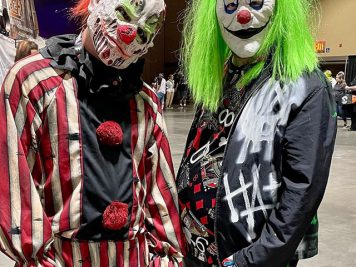 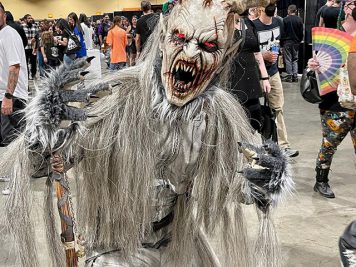 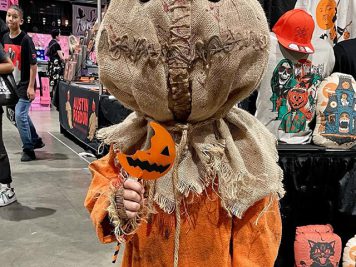 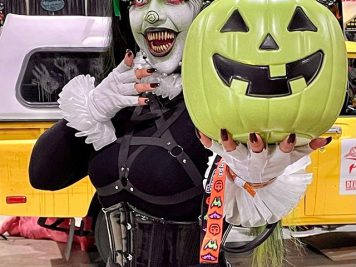 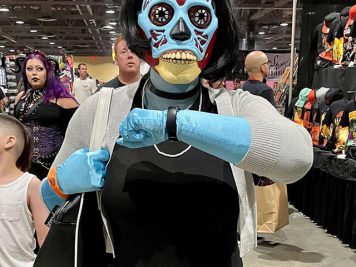 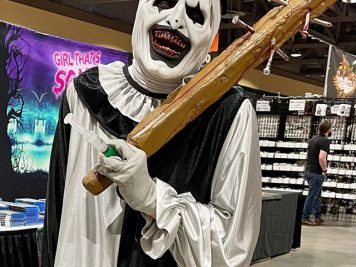 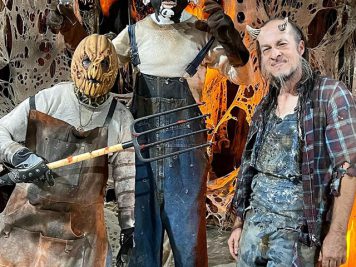 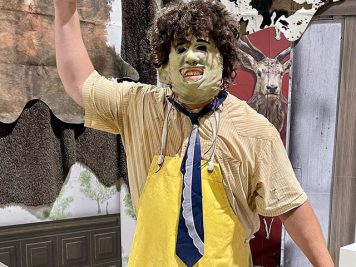 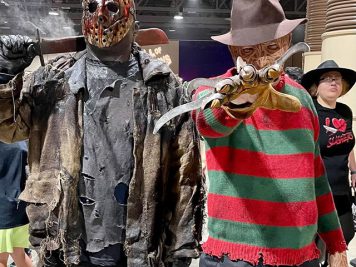 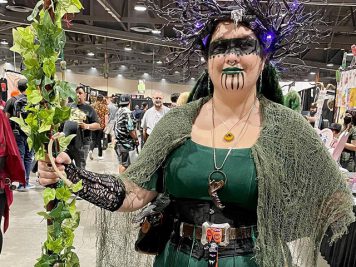 Outside the convention center, there were a number of food trucks lined up, each with their own culinary flare. Also, if you stayed at the Hyatt Regency next door, you could eat at their fantastic eatery in the lobby. Also, staying at the hotel is super convenient as it is basically attached to the convention center, making your parking experience way easier.

Overall, it was an amazing return for Midsummer Scream and I look forward to next year’s! However, it’s not the last Midsummer Scream event of 2022 – thankfully, they are hosting Season’s Screamings at the Pasadena Convention Center this December. That event, as they hosted it last year as well, was a welcome breath of fresh spooky during the Christmas holiday season. So – stay tuned for more!