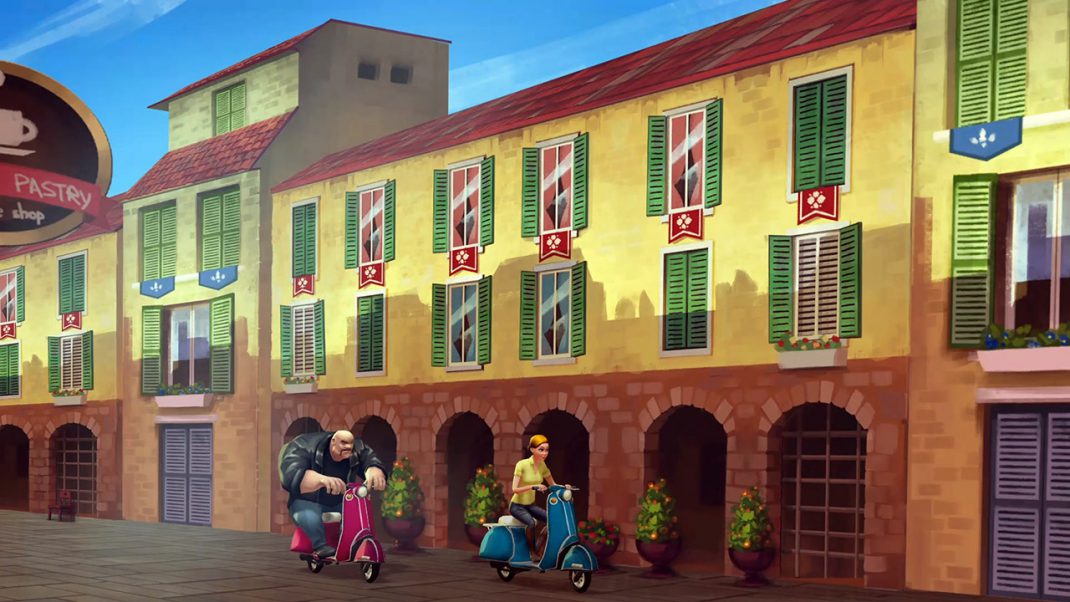 Thunderful & Tag Of Joy today announce that their intriguing hand-painted adventure, Crowns and Pawns: Kingdom of Deceit, will be coming to PC on May 6th. The game offers a compelling mystery that blends an engaging personal tale with fascinating and underexplored aspects of Europe’s real history, satisfying puzzles and a spectacular setting in beautifully painted locations across Eastern Europe.

From enigmatic anonymous messages, to logic-testing conundrums, to a cast of memorable characters, Crowns and Pawns: Kingdom of Deceit’s new gameplay trailer offers a taste of the variety of mysteries, puzzles and people you’ll be confronted with in the game. It also offers a first-look at the customisation system that lets you tweak everything about our heroine. Adapt Milda’s look, from hairstyles to footwear – the way that Milda looks will have implications for some of the game’s puzzles!

Crowns and Pawns: Kingdom of Deceit kicks off with Milda receiving a letter from her estranged late grandfather. That letter says Milda is now the safe keeper of the family secret, drawing Milda to travel to her grandfather’s home in Lithuania to try and uncover exactly what this secret might be. Before long, Milda finds herself embarking on an exciting and dangerous investigation across Europe. She becomes embroiled in a hunt for a lost relic, digs into historical figures like revered Lithuanian leader Vytautas the Great, and uncovers the murky past of the KGB’s clandestine activities during Soviet occupation.

Headed up by the art director from Broken Sword 2.5, Crowns and Pawns: Kingdom of Deceit takes inspiration from adventure classics like Broken Sword and Syberia, while offering a modern and unique take on the genre that showcases underexplored locations across Eastern Europe, along with their fascinating history. Explore a beguiling hand-painted world full of life, rich with history and threaded with conspiratorial intrigue.

“We can’t wait to get Crowns and Pawns: Kingdom of Deceit into the hands of all the adventure game lovers out there on May 6th,” said game director Šarūnas Ledas. “We’ve worked really hard to create a compelling world to explore with a thrilling mystery to hook players in, so we are really looking forward to them giving it a try and we hope they will check out the new trailer in the meantime!”