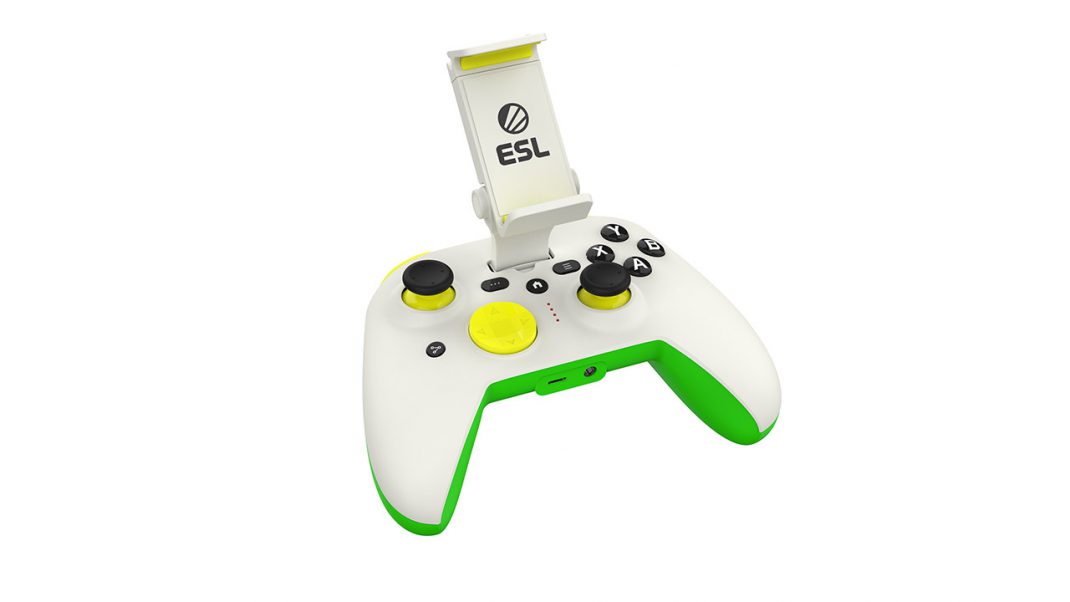 It’s hard to remember a time before video games since they have been around since the latter half of the 1970s though it really wasn’t until Nintendo came up with the Game Boy in 1989 that a mobile game system gained great popularity. Nintendo is still doing a great job bringing mobile systems to the market such as the Nintendo Switch but mobile gaming has definitely changed, with most people wanting a portable system for gaming that can also show movies, allow texting, and what the latest devices were initially made for: phone calls. When most people hear “mobile gaming” they think of their phones these days and no one could blame them, there are more phone types than mobile gaming systems. I’ve been playing mobile games on my phone so much the last few years that my gaming calluses have changed to where I hold my phone instead of one of my console controllers. As a result sometimes I want to play on my phone but hold onto a controller like my Xbox One style and comfort. For this, RiotPWR has designed a mobile controller that uses the best of both styles being able to play your game on your phone with touch enabled while offering the ability to fight like you are on a lighter weight Xbox style controller. Enter: the RiotPWR ESL Gaming Controller for iOS.

It was during a trip from Las Vegas to Orlando and back that I realized how much I rely on and enjoy being able to have my gaming go wherever I go. I could go a while without PC gaming, take some time off from console gaming but when Mrs. Ripper wants to take a break and dive into the latest news and information I find I want to play some of my smartphone games. It was this logic that earned me my weird gaming calluses and I went through a lot of games on my phone until I settled on a few, a big key one being Call of Duty Mobile. I have played the Call Of Duty franchise as well as Battlefield and Medal of Honor on both the PC and the console since they began, so I was a little concerned that it wouldn’t be the same playing on a phone. At first it wasn’t, but after a pretty easy learning curve and going through the game menus I found I enjoyed my mobile gaming experience as well as I do console or PC – it’s just its own beast when all is said and done. While playing Call Of Duty Mobile I realized that with hands as big as mine it can be hard to hit small buttons and in some ways the console has, if not the best, definitely the most intuitive controls, whether it is because I have played it for so long or because the game was originally designed for it. Either way sometimes I found myself playing Call of Duty Mobile with players using controllers and they seem to edge out the competition on certain map modes and vehicle controls seem better for players with controllers. Luckily RiotPWR sent me their ESL controller to get my game on. 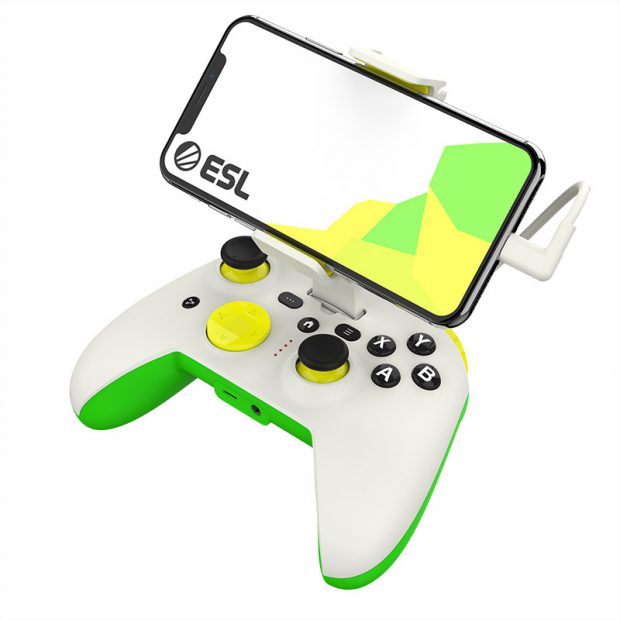 The RiotPWR ESL controller looks and feels a lot like a Xbox controller with a few differences the first of which is the controller is green, yellow and white the colors of the ESL (formerly Electronic Sports League), there’s a two foot lightning cable sticking out the front, a bracket sticking up from it and a lightning in and an audio out ports. The two foot long lightning cable is designed to plug into your iOS phone so that you have a wired plug to the controller for zero latency. The funny looking bracket on the top is designed to clamp down on your phone and hold it in place above the controller or you can disconnect the bracket and use it to hold your phone up on a surface so that it is more like wired console game playing giving you a more traditional controller experience. The controller’s iOS lightning in is a through charger for your phone so that playing on the controller won’t kill your phone’s juice. The last input is for a headphone jack, this is handy for using older or wired headsets, though your phone’s audio works great with a wireless headset still when the controller is plugged into your phone.

I found myself really enjoying Call of Duty Mobile with the controller and one nice aspect is that you still have screen touch sensitivity when plugged into the headset. Most things can be done using either system’s controls and the few that weren’t adapted from the game you can reach over to the phone and touch the commands. There are a whole bunch of games that can be adapted from your phone to the controller, RiotPWR has its own companion software, Ludu Mapp, that provides free games as well as Apple Arcade, xCloud and console streaming games so that this isn’t just a controller but instead a full system experience. Games you need to purchase before use are also available through the Ludu Mapp app and generally just costs a few bucks.

Weight can be an interesting issue when it comes to controllers and this case is no different. The controller with its phone holder runs about 9 oz., the average Xbox One controller runs 10.3 oz. which some folks think either that the RiotPWR is too light and feels a little cheap to them because of it or the lighter weight makes it nice for longer gaming sessions. Gamers tend to have a pretty strong opinions on controllers so definitely to each their own. The RiotPWR feels plenty heavy when you put the weight of your phone on it but considering you can take your phone off the controller and use the removable holder or just put it to the side and you can cut the weight dramatically and actually become lighter than fully assembled. 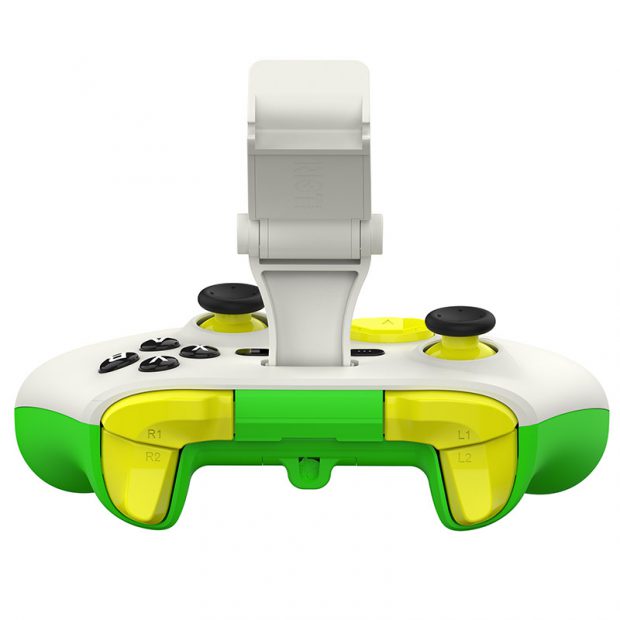 I figured out a couple of extra uses for the controller. Sometimes I like to listen to my wired headphones which have headphone jack inputs while relaxing and I can do that through the controller’s 3.5mm port or I want to watch a movie on my phone I can use the controller to keep powering my phone while listening wired or wireless.

Being someone who has a hard time getting out of bed due to medical issues having the RiotPWR ESL next to the bed has improved my mobile gaming but it has also just aided in every day living and interaction with my phone. The price point is competitive to controller prices, the controller is plug and play, and has very few issues. If some aspect of the controller or its software Ludu Mapp isn’t quite what the player wants, most aspects can be modified to suit their preferences. I would like to see more of the menus and buttons of Call of Duty Mobile adapted to the controller but that is something the software programmers with Ludu Mapp can work on in time without detracting from the gaming experience. If you have a gamer in your life who spends lots of hours on their phone until their hands cramp and they get weird calluses this might be the controller they need. 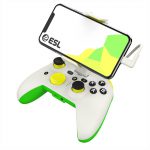