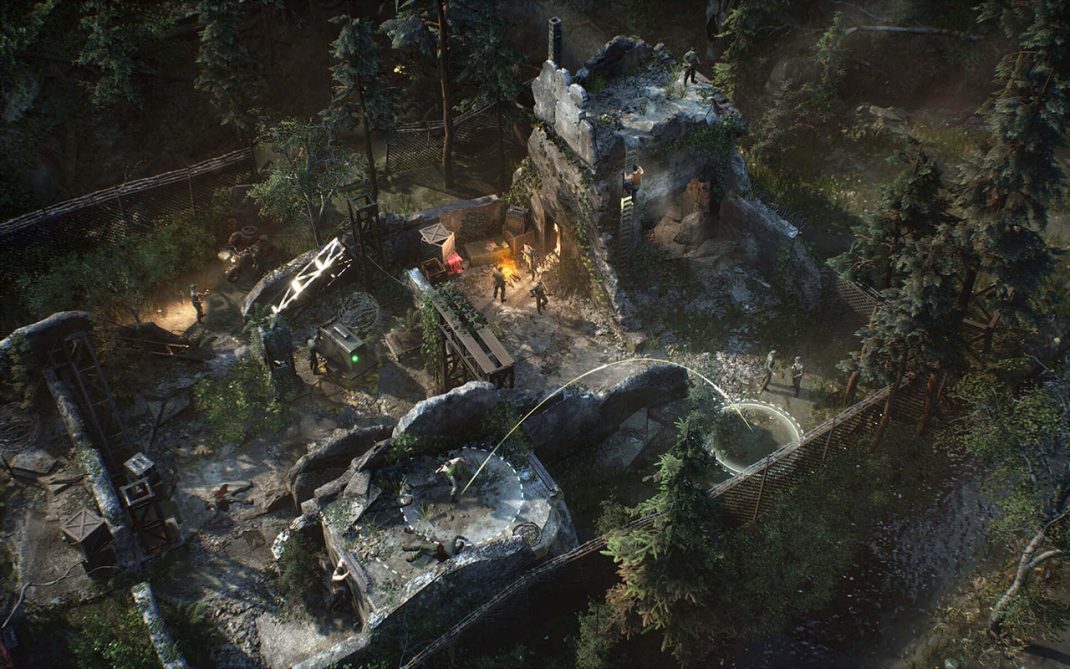 War Mongrels, the grisly WWII real-time tactics game from publisher and developer Destructive Creations, launches pre-orders for a limited edition to be delivered in September, alongside its digital release on PC. PlayStation 5, PlayStation 4, Xbox Series X|S, and Xbox One versions will follow. Thirteen minutes of new gameplay released today show a taste of the tough conversations War Mongrels hopes to inspire.

Destructive Creations plans to only produce 1,944 copies of the limited edition, and pre-orders open today at 1944.warmongrels.com. Prepare for hard-hitting WWII authenticity with an elaborate limited edition full of high-quality extras:

The new gameplay video highlights a later section, some time after protagonist Manfred witnesses the horrific results of Hitler’s regime firsthand and abandons his post. Now a freedom fighter, he’s joined by Lead, a member of the “Silent Unseen,” a group of elite special-operations paratroopers of the exiled Polish army. Destructive Creations weaves inspiration from real-life characters and stories into the game, including Manfred himself. His story is loosely based on that of Manfred Zanker, who refused to “risk his life for a madman with a mustache“.

The pair infiltrate an SS internment camp to procure damning evidence of German War Crimes and rescue a member of the resistance. While skulking through the shadows, Lead and Manfred whisper in argument about Manfred’s ignorance. Lead dismantles Manfred’s desperate clings to Hitler’s propaganda, including the supposed execution of 50,000 Germans by the Polish. Listen in as Manfred tries to justify his past, until Lead and other teammates help open his eyes.

The two use every tool at their disposal: cigarette packs to distract guards, stealthy melee kills, and sniper rifles for loud but effective kills. War Mongrels displays information with an intuitive system designed to make stealth fast-paced and strategic. Vision cones and line-of-sight indicators provide a window into the Nazi’s tactics. Carefully consider routes and actions, then pause time with Planning Mode to queue up commands and then execute them all at once.

“While War Mongrels hopes to expose how terrible people have used history to paint themselves in a better light, we wanted to have some fun with the limited edition,” said Marcin Stanek, Business Development Manager at Destructive Creations. “We’ve enjoyed coming up with such premium packages, and we know our fans will love them.”