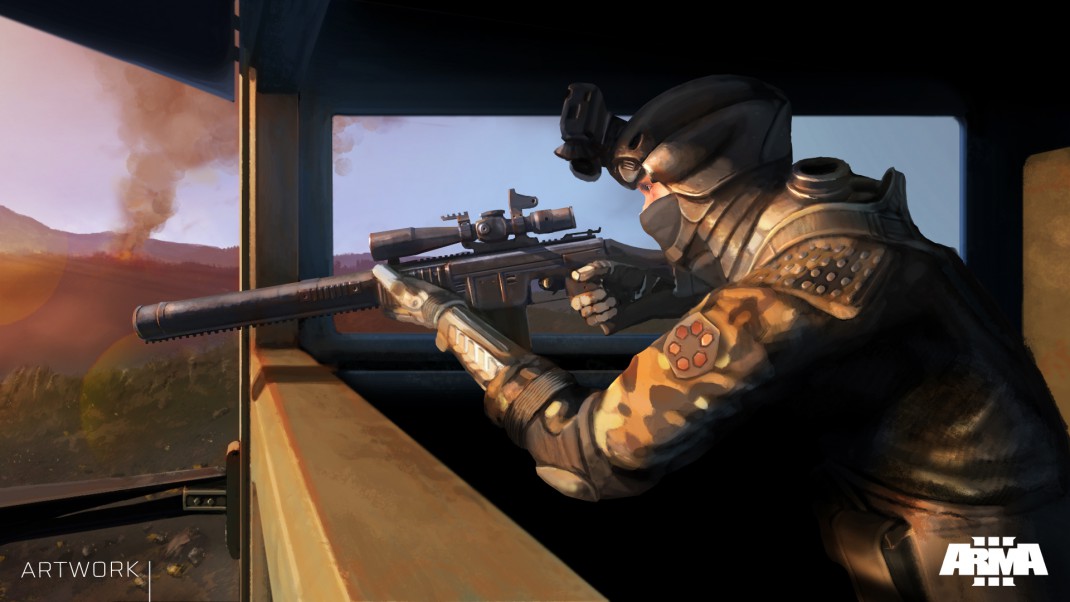 June 22, 2021 is an incredible milestone for Bohemia Interactive, marking 20 years since the studio debuted its legendary Arma franchise. Initially called Operation Flashpoint: Cold War Assault, Arma: Cold War Assault was released on PC and firmly planted both the Arma and Bohemia flag in the gaming industry. For the next 20 days, the developer and publisher will celebrate their illustrious history and the fans that brought them to this point with rare insights, gifts, and surprises. 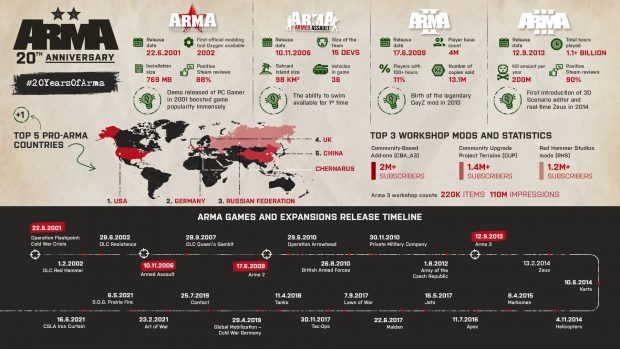 Arma not only provided gamers with a beloved military first-person shooter, it layed a foundation for modding that was vigorously embraced by the game’s fanbase. Over the years, the creative Arma community utilized the platform to enhance the mil-sim experience with their own creations, created unique role-play adventures, innovated within the survival genre, and even contributed to the birth of the battle royale gaming genre. Additional key highlights you can see in the Arma 20th Anniversary infographic below include:

While Marek and Ivan shared memories about Arma’s development of the three flagship Arma titles over the years, Niles took viewers on a journey through iconic missions in Armed Assault, Arma 2, and Arma 3. Even though there was only a limited amount of space in the stream itself, special guests like Jay Crowe, Dean Hall, and one of the series’ founding fathers Jan Hovora shared heartfelt messages via pre-recorded video messages.

Additionally, Bohemia announced that Arma: Cold War Assault is free on Steam and GOG for 2 days alongside the launch of the Arma Anniversary Bundle, which features every Arma title.

With 20 years of legacy in the rearview, the Bohemia Interactive team has plenty to celebrate. The 20-day commemoration is in full swing, so fans should keep their eyes on the Arma blog and follow the conversation on Twitter, and Discord for special content and social media activities that will bring fans together and revisit Arma’s epic journey.

*Operation Flashpoint(R) is a registered trademark of Codemasters