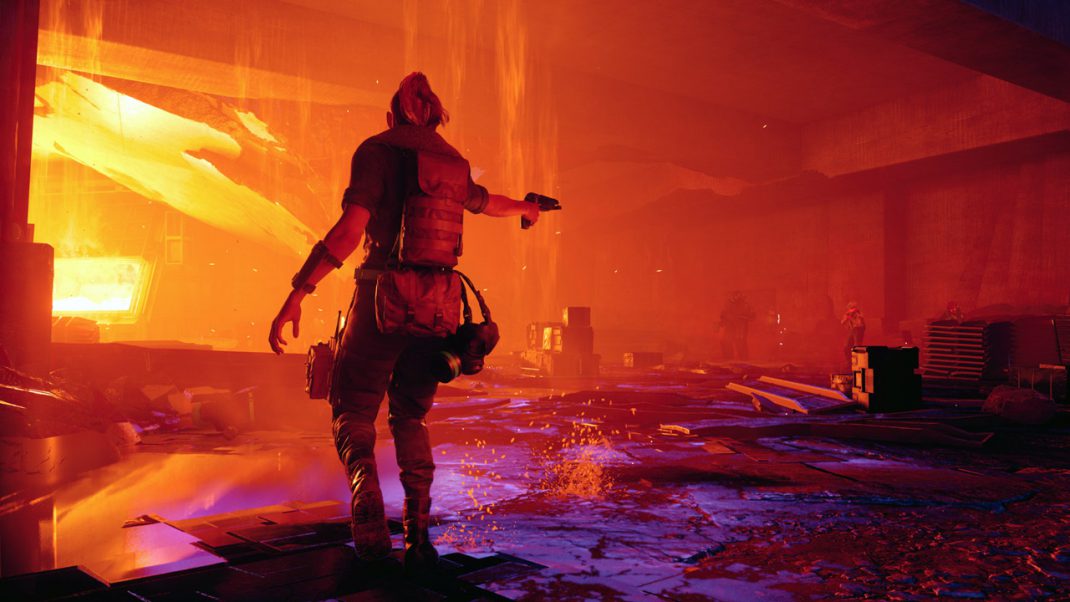 I loved playing the Alan Wake games back when they came out, I lost hours and days with a flashlight in the dark and just couldn’t seem to get enough of it. Then last year a game came out that somehow I entirely missed named Control and then went on to miss the DLC as well since I wasn’t playing it. It was a little embarrassing when considering how much I like that universe so I’m glad to be able to check out Control Ultimate Edition!

The thing that makes Control Ultimate Edition the “Ultimate Edition” is that it includes the two expansions (The Foundation and AWE) along with a Photo Mode. Everything being placed into one cohesive storyline all at once really makes it feel like one larger experience. It’s true that it can be nice to have more game to look forward to coming out, but that can be frustrating as well. Sometimes you aren’t feeling as strongly about the game due to the time that has elapsed since launch. It’s happened to me before, so I am glad Control Ultimate Edition is the full bonanza.

The story of Control Ultimate Edition actually takes place in the same universe as Alan Wake and has some overlap which is pretty cool but the main story is about Jesse finding The Federal Bureau of Control. It’s been a while since the events of Alan Wake and the world is in danger from a thing called The Hiss. Sounds more like whispering souls (which sounds awesome in a headset) but The Hiss doesn’t mess around in its encroachment into the Oldest House. The Oldest House is a place of great magic that feels like a blend between Inception, The Matrix, and the stairs of Hogwarts School of Witchcraft and Wizardry. Physics become a toy and a tool when you start to learn powers and get bestowed with a special gun with special metal. 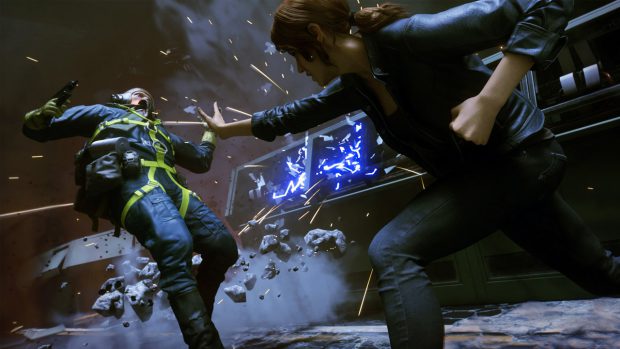 You can then use that gun to blast enemies or most of the surfaces around the building or use a power where you blast at the ground like a destructive Force push. It is then fun to run around and find out just how surprisingly destructive most things are and how their destruction follow a sensible path. Whenever I got a new power or upgrade I immediately went to work on mastering it the best I could because it always sucks to get killed in-between the game’s save points and the combat is rather brutal and unforgiving. It took a surprisingly long time to really get a feel for the gun and the AI enemies are smart, using cover and flanking you when possible. When you come back it is to the last used Fast Travel portal so if you see one out and about check into it! Otherwise you can clear whole sections of the halls just to die without reaching a new control point and you have to run back through. Thankfully, cleared areas stay clear but if you croak in a big room fight you might see yourself fighting through that room again with full enemy count. And don’t forget your powers and any upgrades/enhancements you have active, they can be the difference between an orderly room clear or a trip back you go to the Fast Travel point.

There is a lot to be said for the quality of the sights and sounds of Control Ultimate Edition. There is a disturbing undertone to the soundtrack and especially when you find yourself near The Hiss. The whispered chants are particularly creepy in a good headset with the lights in the room down low. The graphics are next-gen beautiful with lots of detail to be found all over the place. Cutaways and cutscenes are really nice looking but not quite photo-realistic which makes the details like a crooked tooth in Emily’s mouth or a slight blemish might be on Jesse’s skin. Large blocks in the walls come sticking out at various distances for no apparent reason. Picture frames have pictures in them, most of the new Director Jesse herself and computer screens are readable. Then you can use a power to blast it, beat it with rubble or maybe hit it with one of your gun selections, all of it looking beautifully rendered in destruction as well as building. 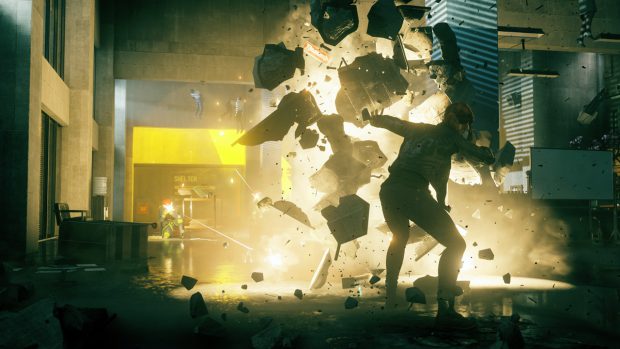 As the expansions go, The Foundation is literally about the foundation of the Oldest House and by that proximity you go down into the creepier part of Control Ultimate Edition both in location and psychologically. I’m a Halloween fiend and with this season lacking the usual faire of haunted houses due to the COVID breakout, it’s nice to get into the spooky side of games. Admittedly the core game had plenty of creepy parts (Dead Letters, I’m looking at you!) but some DLC digging into the dirt at the foundation of the Oldest House was well in order. AWE is the story about Altered World Events like those that happened to Alan Wake to the point it is thought to be a bit tongue-in-cheek to be an Alan Wake Expansion really. It feels a bit like Wake was brought in because of his name and I was a bit surprised that that part of the storyline didn’t grab me harder. What this expansion does to make up for it is give your gun some seriously fun to use ammo. The DLC name might have actually been “AWE YEAH!” because great fun can be had with destruction. This expansion plays more with light and darkness than the rest of Control which isn’t too surprising when you add Alan Wake style puzzling into the mix.

You can go through the game more than once playing in entirely different styles to try for time runs or completion or maybe just a casual player who liked the Alan Wake lore so picks it up and plays a bit now and then. That last one might be a little hard the deeper you get in case you forget how to do attacks and gun accuracy so a little refresher in the settings as to the controls and a little dying and you can get your legs again quick enough. You can choose when interacting with NPCs how many topics you want to know about toward the game plot but if you are more about gameplay than you are about storyline you can skip them and not open collectibles and you still get the game without feeling time padded by story content. There are also Steam Achievements to be had which I can admit to being a sucker for so I got excited regularly by them. Having so many options gives great replayability as well to a wider audience.

I love how well all the pieces of the Control Ultimate Edition come together so seamlessly that I’m pretty sure I mistook parts of one for the other since it all ties around the Oldest House and just adds sections of it and the stories that lay within. The video and audio are amazing and draw you in then you get to run around destroying what you want and fighting what you have to to help keep the Oldest House and it’s many sections safe. Sections that can spread out and the house can go further out like the Winchester House where for the foreseeable future the Oldest House can keep expanding showing new sights to see. 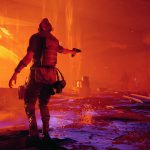