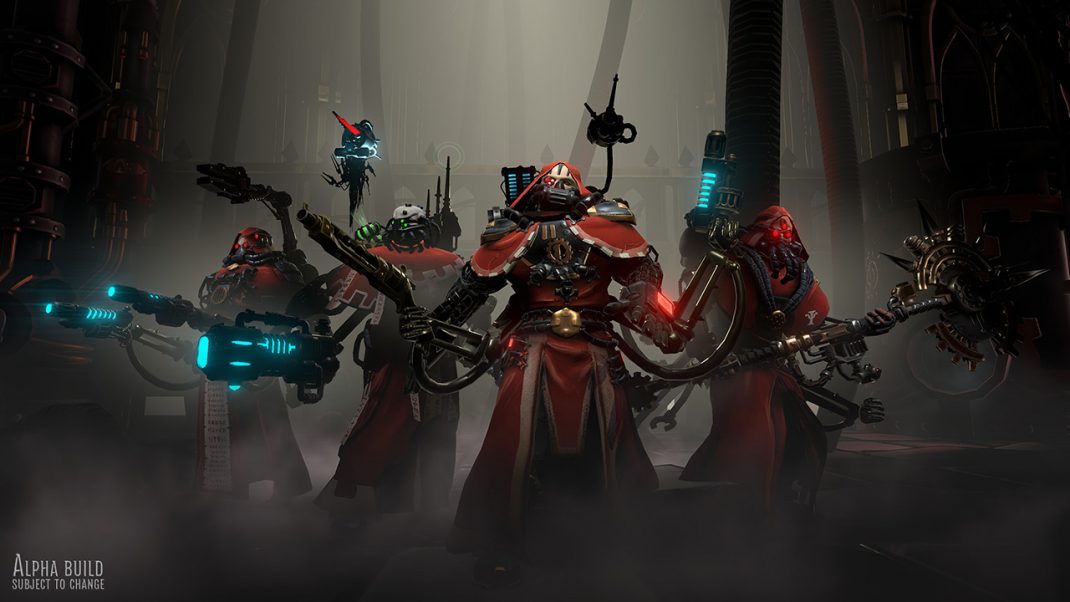 To countdown to launch, a video has been released which explains all the features console players can expect when they take control of the Adeptus Mechanicus.

The console edition of Warhammer 40,000: Mechanicus includes the base game as well as the Heretek DLC which exposes the dark underbelly of the Adeptus Mechanicus faction like never before. Battle frighteningly familiar foes in a cohort of Heretek Tech-Priests over five new missions using new disciplines, troops and unlockable firepower.

The console package is completed with the special Omnissiah Edition content which adds the atmospheric soundtrack, short story ‘Deus Ex Mechanicus’, the stunning digital artbook, as well as the hard-hitting melee weapon, the Arc Scourge.