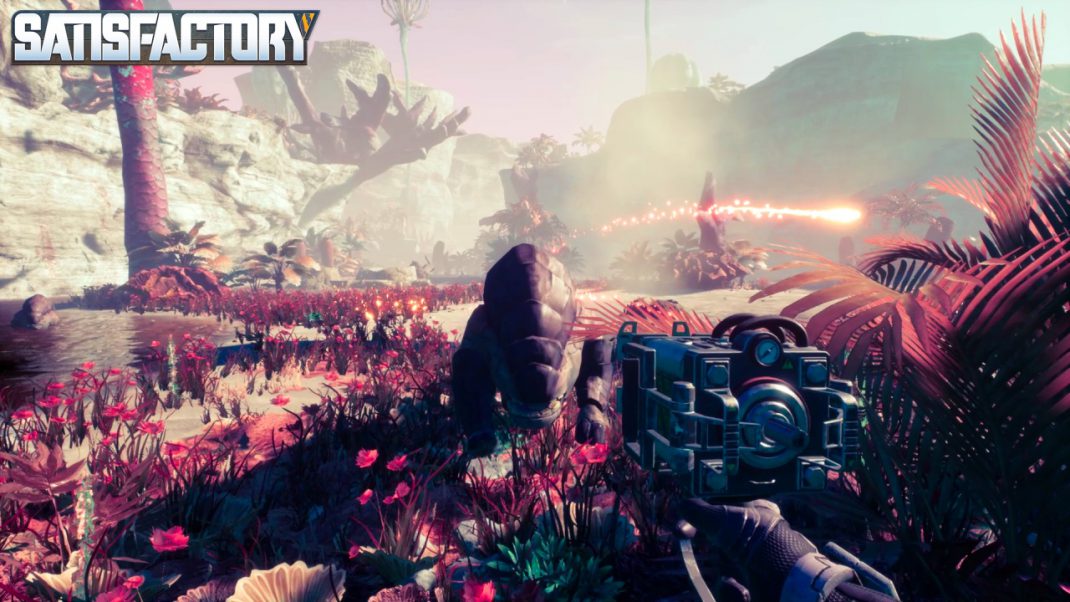 SKÖVDE, Sweden – Feb 11th, 2020: Coffee Stain Studios is pleased to reveal that Satisfactory, the otherworldly first-person factory building sim will launch on Steam Early Access as they release their biggest update yet. Update 3 launches today and sees pipes introduced to the game, the single most requested feature from the Satisfactory community since its launch on the Epic Games Store last year. As well as making Pioneer pipe dreams a reality, Update 3 introduces a new Resource Sink, ensuring production never stops by eating excess inventory in exchange for coupons to spend on your factory, Hypertubes – a new (pipe-like) method of transportation, and a new starting area in the remade Dune Desert, only for the most adventurous and brave space explorers. Update 3 is the most significant to launch yet, and sees a host of improvements, balances and new systems as Satisfactory hurtles towards full commercial launch.

The highly anticipated introduction of pipes to Satisfactory adds a completely new layer of complexity for budding factory architects with the addition of fluids. Pioneers can now command the flow of Fluid Oil resources and harness the power of the Water Extractor whilst tinkering with Pipes & Flow Indicators, Pipe Pumps, Fluid Tanks for Trains and command their very own Oil Refinery. The introduction of the Resource Sink means production never halts as it consumes excess inventory, and gives coupons in return to be spent on your factory on exciting new constructs such as glass walls and floors. FICSIT Inc. have also continued to conquer new ground, giving Pioneers a brand new starting area to explore and exploit in the redesigned Dune Desert, a vast arid biome designed to test even the most experienced explorers. As well as the new features added to Satisfactory, Update 3 has also made Pioneers more agile than ever before, with the addition of the character Crouch & Slide.

Update 3 completely revamps Satisfactory with a total rebalance of the game, an endless list of technical fixes, balancing improvements and optimisations to every aspect of the factory sim. Alongside bug fixes, texture improvements, a host of new models and the beginnings of a dynamic wind system, the Jump Pads now affect creatures and physical objects too, for lots of satisfying bouncy chaos.

“Pipes are, unfortunately, the star of this show. I have been meme-tormenting our community for over 1.5 years while doing everything I can to stave off the inclusion of pipes.” said Jace Varlet, Community Manager, Coffee Stain Studios. “I resorted to blackmail, conspiracy, and anonymous threats within the company but alas, pipes managed to claw its way into an otherwise perfect video game. All I wanted was to be happy. Community 1 – Jace 0.”

Satisfactory is available now on the Epic Games Store, and will be launching on Steam Early Access soon.