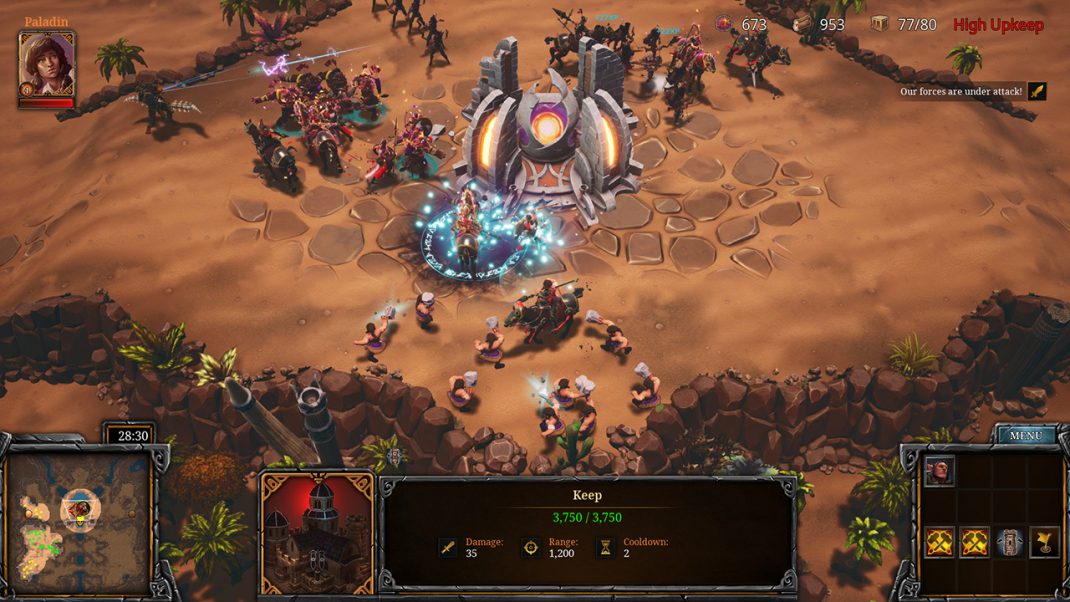 A Year Of Rain Launch Trailer

HAMBURG, Germany – Nov. 6, 2019 – Daedalic Entertainment’s ambitious new team RTS A Year Of Rain launches today on Steam Early Access for Windows PC. A Year Of Rain unites classic strategy elements like expansive base building and deep campaign storytelling with full cutscenes and voiceover, as well as a strong focus on hero units and co-op teamplay. For a limited time only, A Year Of Rain will be available in a two-player pack on Steam for a discounted price of $29.99.

A Year Of Rain’s story and multiplayer modes are built from the ground up with teams of two in mind, whether the second player is human or AI. At launch, early access features an expansive story campaign, playable in either single-player or two-player co-op. The classic 2v2 “Skirmish” mode is made to encourage competition – and teamwork – across the entire spectrum of skill levels. At the beginning of a match, both teammates choose between three different roles: tank, damage and support. Each comes with different bonuses for their respective armies and the overall team, allowing for a multitude of strategic combinations and synergies.

Set in a world of fantasy and danger, A Year Of Rain features three playable factions. The wealthy House Rupah is eager to stake its claim to uncharted lands in the name of civilization. The unliving Restless Regiment is a bloodthirsty army of warlords, soldiers, beasts and souls driven by mindless obedience and zealous devotion to their dark leader. And the Wild Banners are an amalgam of fierce survivalists, reclusive nomads, monstrous humanoids and more ready to fight for every scrap of their harsh domain.

For the latest news about A Year Of Rain, please visit: