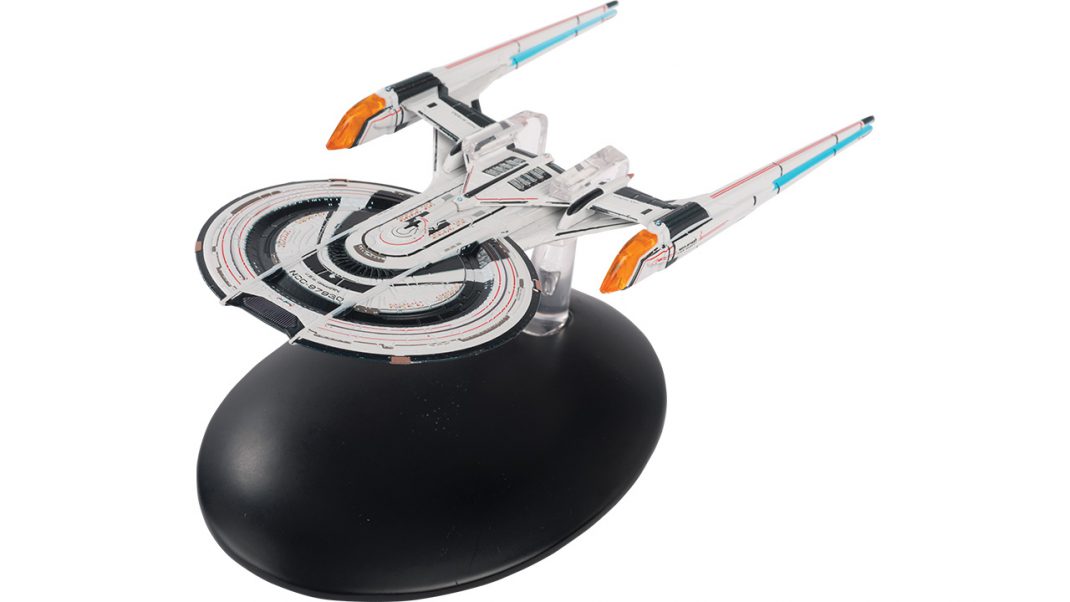 The Star Trek Online team has just returned from Destination Star Trek in Birmingham with some exciting news! As part of our ongoing partnership with Hero Collector, one of the world’s leading producers of figurines and fantasy die-cast vehicles, two more starships which are exclusive to the popular free-to-play Star Trek MMORPG will be beaming down to the Hero Collector storefront in 2020. During a special panel with Star Trek fans from around the world, Hero Collector revealed designs for the Gagarin-Class Federation Battlecruiser and Chimera-Class Federation Heavy Destroyer from Star Trek Online.

Star Trek Online players may remember the Chimera-Class Federation Heavy Destroyer from Victory is Life, the game’s exploration into Deep Space Nine. This massive Federation starship was commanded by Nog, Starfleet’s very first Ferengi captain. The ship will be released as a loving tribute to the actor who brought this character to life in the show and within the game, Aron Eisenberg. The Gagarin-Class Federation Battlecruiser is another powerful Starfleet vessel that was released by Star Trek Online’s ship designers last year to celebrate the popular CBS series, Star Trek: Discovery.

Hero Collector has recreated the Gagarin-Class Federation Battlecruiser and Chimera-Class Federation Heavy Destroyer in die-cast, using high quality ABS materials. Each model will be hand painted by the company’s artists with an incredible level of detail. These two new ships join the U.S.S. Enterprise NCC-1701-F model from Star Trek Online, which made its debut this past spring and is available now on the Hero Collector website. The Hero Collector team is working closely with Cryptic Studios to bring even more Star Trek Online starships to life in the future!