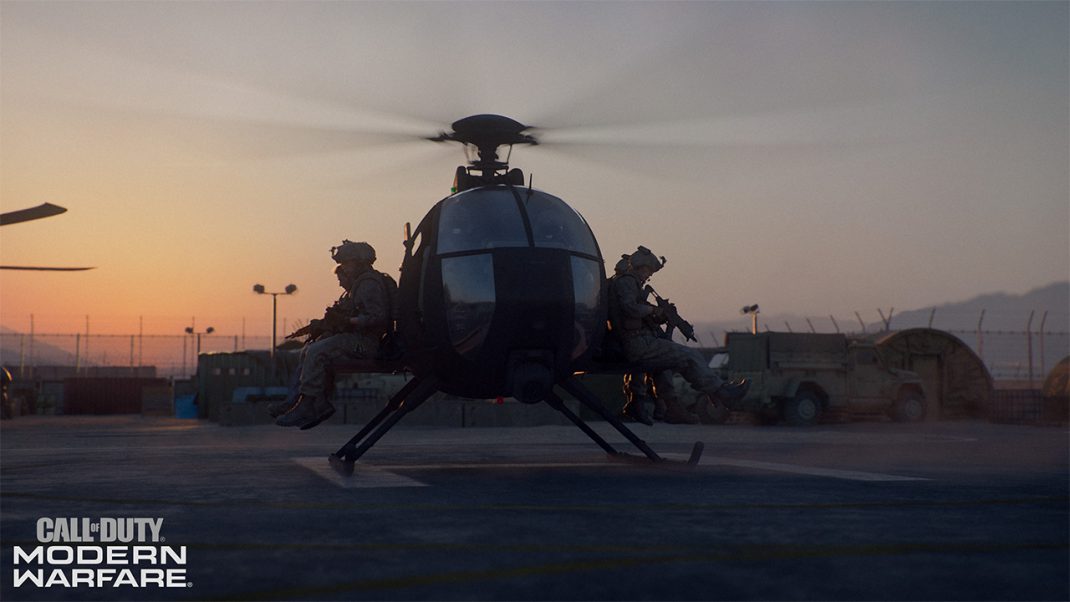 SANTA MONICA, Calif. – October 25, 2019 – The wait is over! Today, the highly-anticipated Call of Duty®: Modern Warfare® is available worldwide. Published by Activision, and developed by Infinity Ward, Modern Warfare drops players into an epic reimagining of one of the most iconic series in gaming history. Activision’s new thriller unites the massive Call of Duty community to play together through crossplay and cross progression support, and to enjoy a load of new post-release content coming free for all players on all platforms.

“The energy across the community has been incredible and we can’t wait for all of our fans to play together, starting today,” said Patrick Kelly, Co-Studio Head and Creative Director, Infinity Ward. “Modern Warfare is packed with campaign, multiplayer, and co-op content; with something for everyone no matter what playstyle. And launch is just the beginning for us.”

Modern Warfare features unified progression across the entire game, as players enlist in an epic story campaign, engage in the ultimate online multiplayer playground, and play cooperatively with friends in an all-new collection of Special Ops experiences.

“There’s nothing quite like Modern Warfare – this is one of the most celebrated series in gaming – and in reimaging this great title, Infinity Ward has delivered an incredible, new experience that raises the bar for this franchise,” said Byron Beede, Executive Vice President and General Manager, Call of Duty, Activision. “The momentum behind this release has been extraordinary, and today is only the start. There’s so much more to come. This is a great day for Call of Duty fans everywhere.”

Coming off the largest beta in Call of Duty History and awarded “Best Online Multiplayer” by Game Critics Best of E3 2019, Modern Warfare’s multiplayer delivers a heart-pumping experience with best-in-class down the barrel gameplay. With unprecedented variety, players can choose from an array of new play spaces that refine Call of Duty multiplayer. These include the highly praised, fast-action 2v2 Gunfight, classic 6v6 multiplayer, epic large-scale maps supporting high player counts, and everything in between. Players will be able to customize the way they play based on their preference and playstyles through a selection of multiplayer Operators and unparalleled modifiability in the new Gunsmith system.

In the gripping single player story, players will immerse themselves in a visceral narrative that shines a light on the changing nature of modern war. Alongside a cast of international special forces and freedom fighters, fans take the role of tier one operators in a saga that will affect the global balance of power. Additionally, picking up where the Campaign ends is the cooperative Special Ops mode where players can team up in strike-teams of four. Special Ops advances the overarching Modern Warfare lore with multiple ways to play co-op, including Operations, the largest and most involved experience with multi-phased objectives, and the more curated Classic Special Ops, to test your performance with weapons, munitions and other tools.