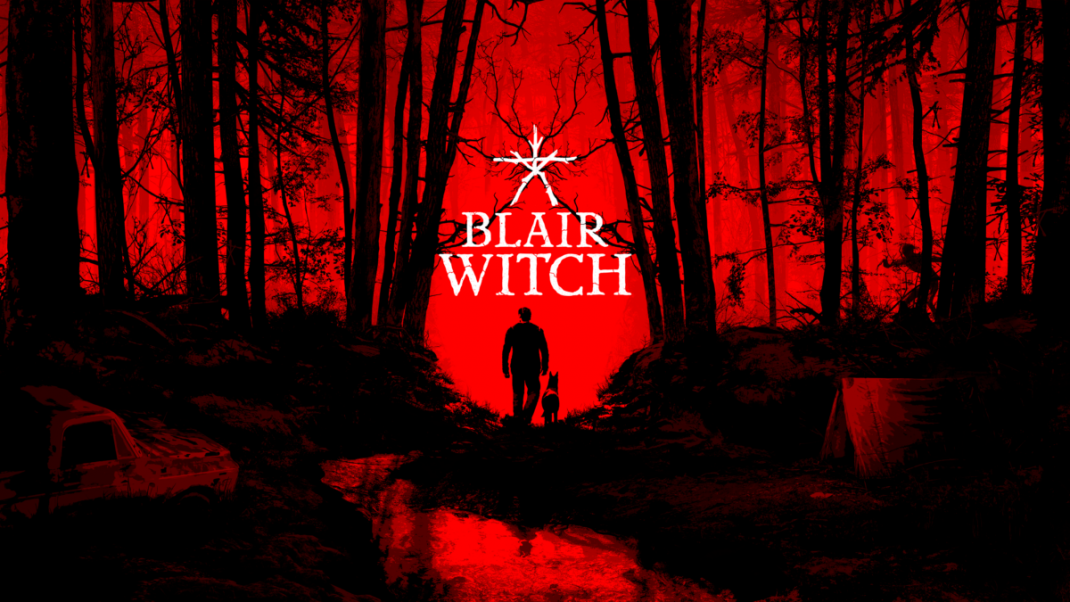 Blair Witch takes you into the forest a few years after the disappearance of the kids from the original movie. You play former police officer Ellis and, with him, is his former police dog Bullet. Together, you two will venture into the woods to try and find a missing boy. Ellis is a very troubled man, he has a dark past which unfolds slowly as he and Bullet find and then lose the boy’s scent over and over as well as coming in contact with different horrifying elements of evil the deeper they go.

In the Blair Witch movie, there is a question of how much is the madness of the filmmakers and how much is the evil of the titular Blair Witch (the sequels undermine this duality). This comes into play in the game as well but in a different way which is nice doesn’t just retread the same ground as the movies. You do find yourself wondering if Ellis is going mad but in some cases Bullet is upset and scared which seems to accompany the most supernatural dangers the game is presenting. I used this as a gauge as to what might be real and what might not be. This was a personal choice, how you see this game is definitely open to interpretation which is a sign of a good game. 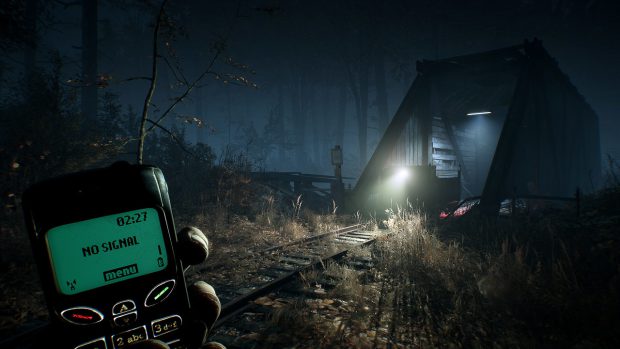 The game maps feel like an open forest enough to make you truly feel lost going over what seems like the same locations over and over – however, the world is actually on rails! Great job to Bloober Team for making this feel open but also directing you to goals almost subconsciously. You’ll have to find certain things to advance yourself to the next area where you have to find mission objects or perform some action such as looking at tapes and a tape recorder you found. You literally work with found footage of the missing boy and his abductor. The game is loaded with lots and lots of puzzles but they don’t feel contrived or there just to pad the game time. They advance the story as well as giving you a window into the individuals you are tracking. The forest is beautifully designed with terrific dynamic sound helping to pull you into the world and lose track of time. It looks real enough to make me think twice about taking any camping trips anytime soon…

There is a definite feeling of good and evil at play in the game with forces caught in the middle. There is the Blair Witch and her supernatural ways and then there is Bullet, one of the best dogs ever portrayed in a video game. As long as you treat Bullet right he is by your side as an emotional support, a grounding influence in a hostile environment. You can pet him (so adorably animated), give him treats and keep him close to try to help hold onto some possible sanity. Mentally Ellis is quite the mess, I don’t think he deserves Bullet but I think we players do, for all the horrors we witness, petting a big, sweet German Shepard behind the ears is a nice break.

I love Bullet so much (perfect name for a police dog) that I’m going to ask my family if we can give our next dog that name. I actually have played the game a couple more times to just spend time with Bullet and to see what happens if Ellis decides to treat Bullet bad which honestly made me almost want to cry. It does feel like a different game when you make different choices, every one of them has an impact and might effect what happens when it comes time to roll credits, the characters’ fates are in your hands. If you care about Bullet then care about Bullet in the game. 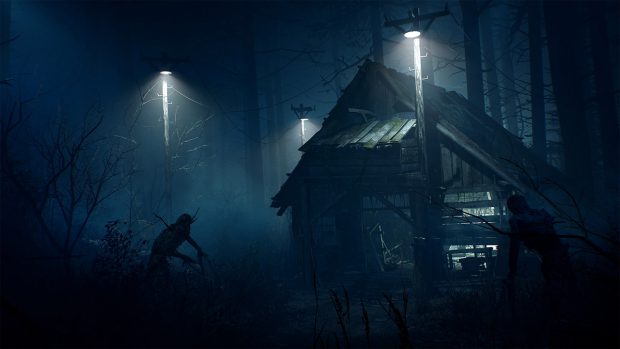 Just as Bullet is a physical and mental embodiment of good, The Blair Witch is the embodiment of evil. In the movie you mostly just saw lots of twig art and stones as signs of the Blair Witch, how much of it was created by Heather, Mike, and Josh’s encroaching madness and how much is the Blair Witch’s supernatural doing is left to interpretation. In the game there are physical evils that has Bullet barking warnings to you which I chose to think of as actually being there but if you REALLY want to go down the rabbit hole you can consider if Ellis is imagining Bullet barking.

One of the reasons I have been able to play the game a few times and still hit my review deadline is the length of the game, if you take it easy going through then it might take as many as 6 hours, if you are good at puzzles and spend less time taking in the environment and just try to bust through as fast as you can you might hit more around the 4-5 hour mark. When you consider the game is $29.99 on Steam it’s kind of pricey for a one time play-through game, the game is so well done I still think it is worth it but with a definite replayability with different endings if feels like an even better price. For $38.99 you can get the game with all three movies included which if you like the movies can be a great deal at an extra $3 each. 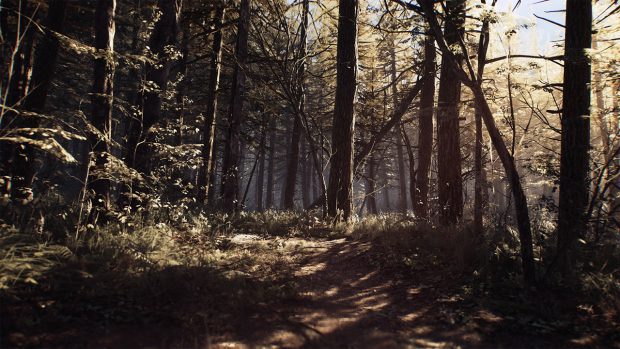 Being a horror themed game age and maturity might want to be considered, there is a bit of gore, really well done jump scares and nightmarish subjects that might be a bit much for younger players. In some ways the game reminds me of the movie Dr. Strange and the game Alan Wake, then in other ways it reminds me of Jacob’s Ladder. It’s loaded with adult themes some of which hopefully with any luck kid gamers don’t even know about, Ellis for example has a badly damaged psyche from a lifetime of experiences. Add this to an environment that is creepy and jump scare filled enough to make adults have bad dreams then you may want to think about the youngsters. Also some choices might result in bleak and depressing endings the like that hopefully most kinds and some adults haven’t themselves ever experienced.

Blair Witch The Game is one of the best horror games I have played in a long time, it’s atmosphere pulls you in then makes you jump back again. It is beautifully immersive and terrific at storytelling while giving some challenging puzzle play. It reminds me a lot of the first movie but I think it is better, it tackles heavy subject manner in a mature yet entertaining way with great gaming elements. You can even give dog biscuits to Bullet, when you play and you should play it, rub him once behind the ears for me. 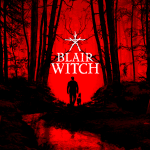