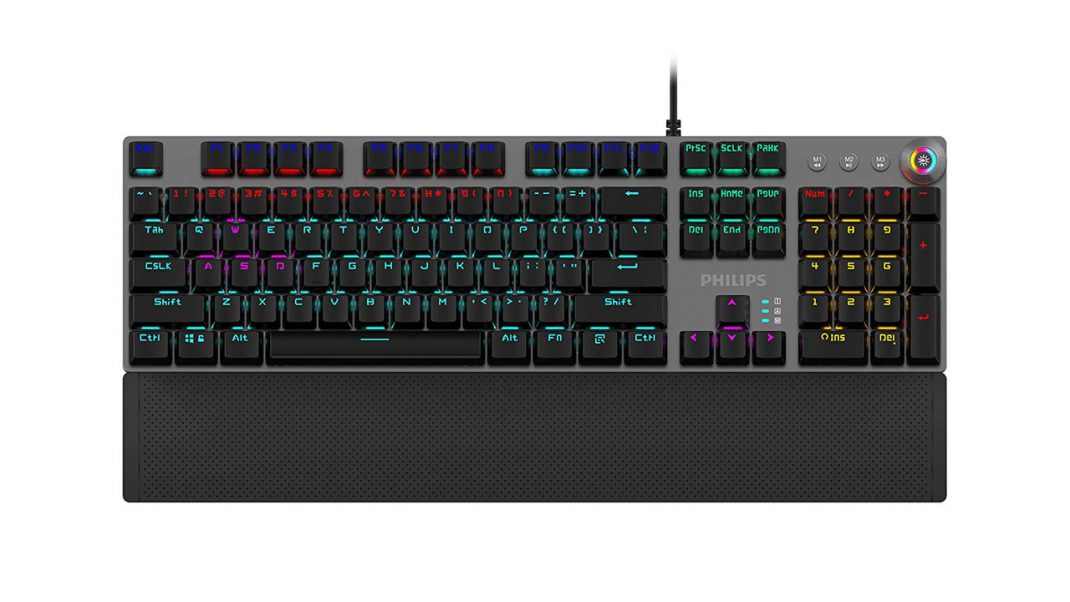 In 1891 when Gerald Philips and his Father, Fredrick, established Philips and Co. in the Netherlands to “manufacture incandescent lamps and other electrical products” they dreamed of lighting up the world. That was a long time ago and many companies and come and gone since then, Philips was smart enough to diversify while always keeping the idea of “electrical products” in mind so that today they do everything from electric toothbrushes to MRIs, electronic sleep masks to blenders and airfryers. It seemed only time until they made ways into electronic gaming which brings us to the Philips Momentum Wired Mechanical Gaming Keyboard.

It’s not Philips first keyboard by a long shot but while they have been making reliable gaming products this one appeals to entry level gamers who want the precision of mechanical keys but can’t afford the higher prices that most of the well known gaming companies price point. Also as a player you really want to give a mechanical keyboard a play before any heavy investing into it. I know a lot of people who liked the idea of mechanical keyboards but when they find themselves in a college dorm room working on a paper late into the night their roommates want to kill them for hearing “clickity clackity” when they want to get some sleep. In our household I’m the only one who uses a mechanical  keyboard at home which is nice since when they hear my keyboard tapping away they SOMETIMES leave me alone to write or at least wait for a break in my typing. If you are a serious gamer I really recommend getting a mechanical keyboard with up to 50 million keystrokes and a satisfying strike feeling that lets you know that key has been hit both by feel and sound. I recommend having a backup keyboard in case you do need to be quiet at times and if you get a USB one like the Momentum switching is as easy as changing which is plugged in or having one off to the side that you can go back and forth between. 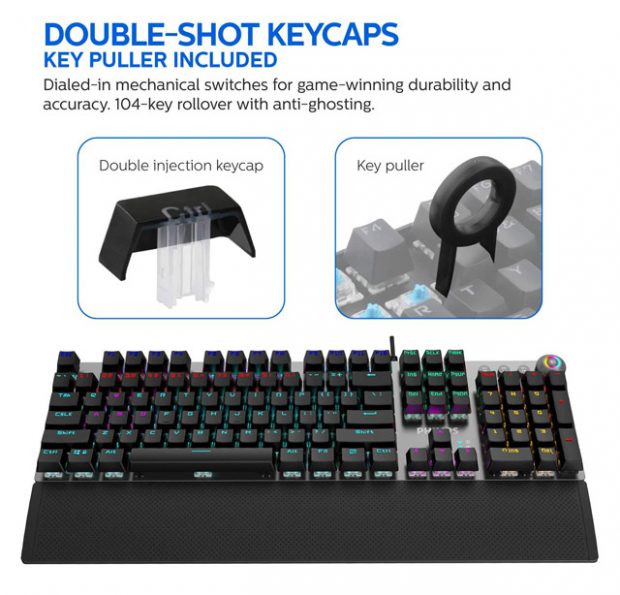 The Momentum also has Ambiglow, their name for the keyboard’s lighting system which has some great strong points with only a couple drawbacks. The upper surface of the keyboard is one die cut piece of metal which is often seen on higher end keyboards with raised keys so that instead of just lighting up through the key it also lights up the spaces between and around them.This helps the gamer see the location of the keys but also provide ambient light to play by. On the right light settings it can also show you where you typed in case you weren’t sure if you had hit an extra key. Besides having raised keys to help light escape the keyboard also has large letters on the keys with the numerical keys on the top row splitting the space evenly with the shift characters such as “!@#$” so that if you are typing by the keyboard as a light source you can easily see the shift characters which often get lost by being too small to see. All the letters are nicely sized in a unique font that has a gaming look to them.

Every subsection of keys have their own coloring so that at a glance you can look in the right spot to type, F keys are all blue, WASD is pink, PRTSC and PGUp and Dn section is dark green, number pad is yellow with red + and – section, all other keys are a mint green. It makes for a colorful sight but also helps locate the keys quick. Another feature of the lighting that helps you in hitting the right key are the M keys that will pre-light keys that are used in most FPS, MMORPG, and RPG setups so that you just hit one key and you are all ready to go from your favorite shooter to some WoW then maybe finish your day in some civilization game. If they don’t fit your game you can change the lighting setup and save it down to the M key of your choice. These macro programming keys can have up to 104 strokes in it giving really nice customization and can really effect your gameplay.

Those are the M setups but most of the built-in lighting effects are designed to help you with them too or you can set it so that it just makes bad ass patterns. There is a nice size wheel built into the upper right corner of the keyboard which can be turned for computer volume or pushing down on the wheel button allows you to sort through all the lighting options. Some are directly connected to which keys you hit, for example one has a dark keyboard that only lights up when you hit a key then it might just glow then fade or hitting one will cause a lighting reaction across the keyboard. These can look so cool that it winds up looking like the gamer is doing more than just hitting a few keys, every light except the wheel can be tied into the effects. If you find them changing too distracting you can just shut the effects off, writing with lots of effects can be rough. You can even turn off the lights completely. 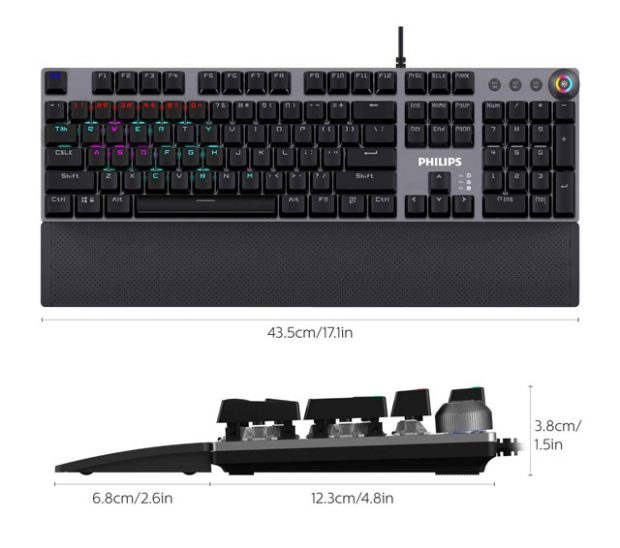 The lighting system is both very nice and robust but also a bit limited. There are lots of pre-saved lighting effects and up to 19 can be stored. One of the only drawback is that the keys aren’t changeable RGB lit which enables you to change key colors to whatever you want. The Ambiglow system relies on lighting to help separate keys but this also prevents you from making the keys to a color you want. Changeable RGB lighted mechanical keys can be more costly which may be why it is absent from the keyboard to keep the pricing down but it has become fairly expected in lighted mechanical gaming peripherals. This really limits what you can build lighting wise. I can see this effecting the fun of building your own lighting setup since it limits what color can go where, if this isn’t an important feature to you then this is easy to overlook and won’t effect plug and play ready to rumble time.

The weight of the Momentum is kind of a mixed bag, it could be lighter that would make it more travel worthy or it could be heavier to keep it from sliding around your desk. The underside of the keyboard and the removable wrist rest are a lightweight plastic with the wrist rest being really light and magnetic so that if you have another wrist rest you prefer it is easy to take off. The wrist rest is the only part of the keyboard that has a kinda cheap feel to it so it’s nice that another magnetic one can be used in it’s place or if you travel you can take it with you without weight concerns. The metal surface of the keyboard makes it look nice but also adds weight so should be a consideration when using it for travel plus every mechanical keyboard should be thought twice about when traveling in case you share a room.

The Philips Momentum mechanical gaming keyboard is a great addition to any gamer’s setup and at $39.99 it won’t break your bank. It has most of the features that pricier mechanical keyboards on the market do and a couple most don’t such as the incredibly easy to use key memory building and 19 programmable lighting functions that can be accessed at the touch of a button. With over a month of vacation coming up this keyboard will be traveling with me which should be about the best endorsement we can give. 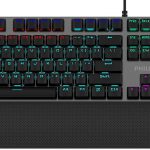