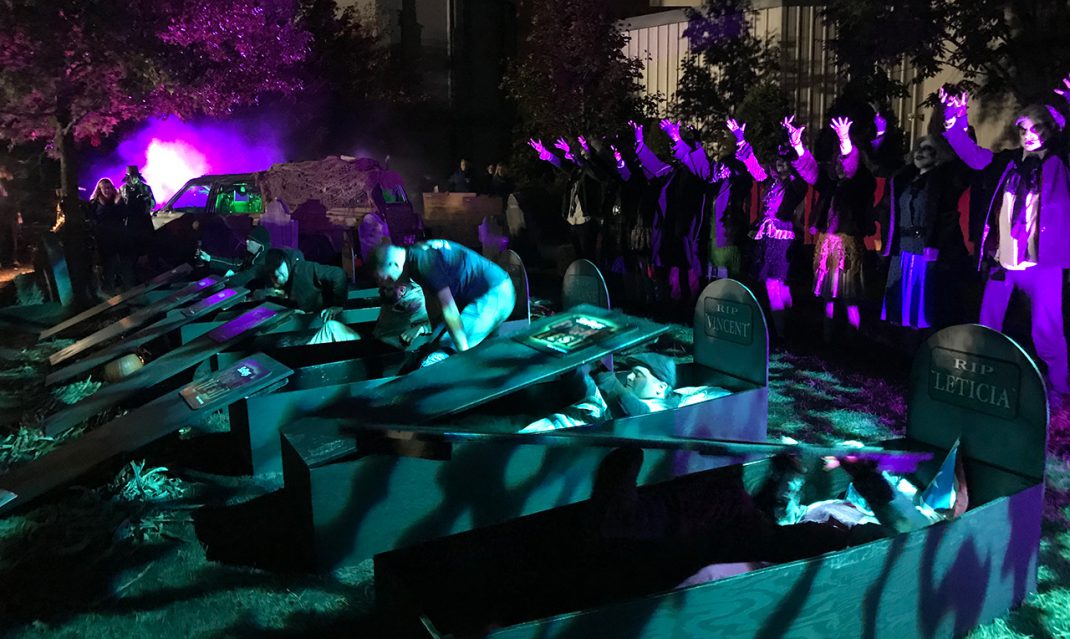 JACKSON, N.J. — September 10, 2019 — As if laying in a cold, lonely coffin for 30 hours wasn’t hard enough, the team at Six Flags Great Adventure has developed an even more dastardly Six Flags 30-Hour Coffin Challenge to celebrate this year’s Fright Fest. The morbid special event will return Oct. 13 and 14, and this year’s challenge will feature a guest emcee — The Munsters star Butch Patrick — a variety of frightful, new rules and ghastly games for the six unlucky coffin dwellers.

More than 4,000 applicants from around the world vied for the chance to occupy one of Six Flags Great Adventure’s six coffins in 2018. Since all dwellers survived the event, the park team has implemented new rules and challenges for 2019. A new point system will tabulate one grand prize winner and runners up. Challenges will offer coffin dwellers the chance to earn points, and penalize them if they waive a challenge.

Highlights of this year’s Coffin Challenge include:

Contestants will eat all of their meals in the coffin, and endure surprise visits from Fright Fest freaks and live critters like snakes, spiders and skunks. Scores will be tabulated throughout the event, and the grand prize winner will receive $600, two Six Flags Gold Passes and two Fright Fest Haunted Maze Passes. Runners up will receive items ranging from Fright Fest day passes to season passes.

Interested coffin dwellers can complete the application through Sept. 22 on www.sixflags.com/greatadventure/coffin-challenge   Finalists will be chosen the week of Sept 23. The event will begin Sunday, Oct. 13 at 1 pm with a Laying to Rest Ceremony, and conclude Monday, Oct. 14 at 7 pm with a Raising from the Dead Ceremony.