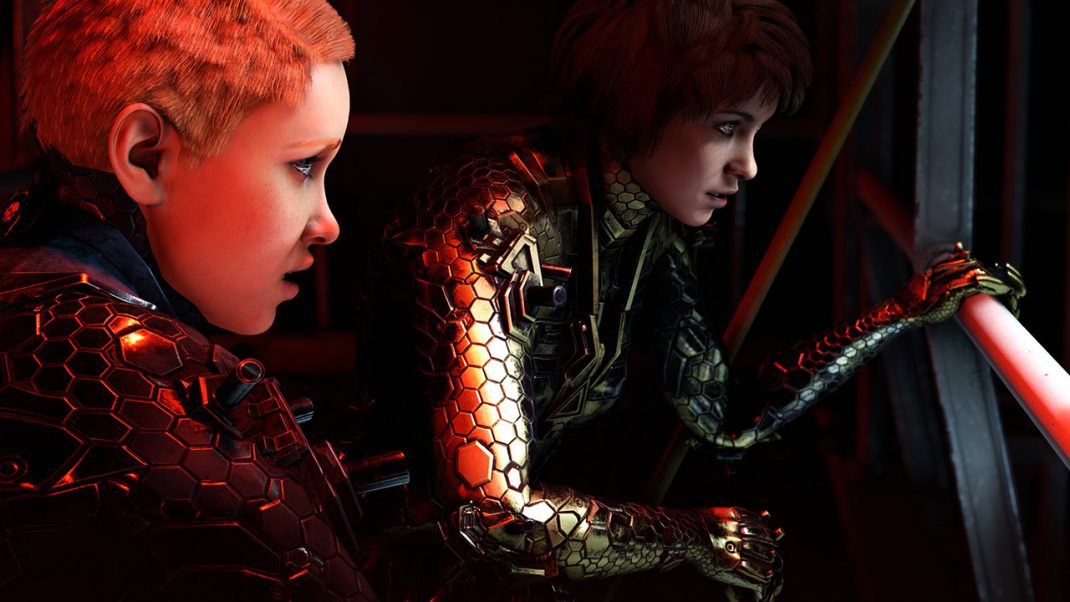 Set in the 1980’s, Wolfenstein: Youngblood takes place after “B.J.” Blazkowicz, the franchise’s hero since Wolfenstein 3D, goes MIA. His twin daughters, Jessica and Sophia, go into Nazi-occupied France trying to find him. Now, I know what you are thinking: “how the hell did they jack up the Gunslinger movie?”… oh wait I’m the only one still upset about that? Most of you are probably just wondering how well the sisters qualify as bad-ass Nazi hunters? You heard the part where they are B.J.’s kid right? Well that must mean they trained hard to live up to the Blazkowicz name. Right? The answer to all of that is a big fat “nope”. They come across as one step above Beavis And Butthead if they had grown up in The Valley, they are given state-of-the art fighting suits that can be upgraded as you go but the first time you shoot a Nazi both girls cheer and the shooter vomits on the toes of her exosuit while other one starts pulling brains out of her mouth. This is probably how most people would handle it but from your heroines you might have expected more. “Tubular” gets tossed around as well as other 80’s generic slang while one tries to shoot while looking away. For a power boost you throw up the evil eye and tell your sister she rocks and that boosts your health and shield.  Honestly I like all the above but I lived through the 80’s near The Valley and I have a kinda Butthead laugh so it mostly works for me and I don’t mind gore. If you think about it these are all things that we got from the first Duke Nuke’em so if you liked it there you’ll love it here. 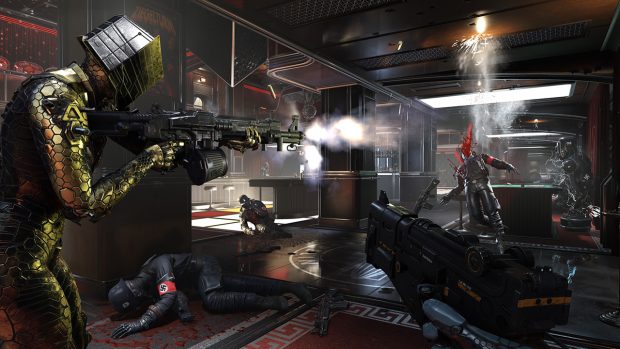 Did someone say gore? Why yes I did! This game lets you play with everything from a silenced pistol to a freakin’ laser as you fight your way through it so very many enemies. It lets you sneak up and start stabbing an enemy in multiple places or a laser beam that makes them burst into flames screaming. Something that got it’s roots in the very first Wolfenstein still carries over when it comes to looting bodies they just are a lot messier now showing how you took them out. getting creative with kills can be a big part of the fun in this game and nothing rewards creativity in a shooter like showing an interesting death. It has nice graphics and decent physics which both go a long ways when it comes to gory fun. Only a flesh wound? I think I saw that night on the floor somewhere.

Most of the story takes place in cutscenes, there are some decent length ones to watch which are a nice reward for completing a level. It’s nice to sit back for a moment and just watch the story unfold though if you don’t care about story you can always skip them. The game is accessible to many types of gamers. You can ignore the story and play through it for speed, play through doing absolutely everything, play alone, play with others,  or even just replaying through levels to get missing secret items. It’s up to you just how little or how much you want to take from the game and choices just make the game more robust. 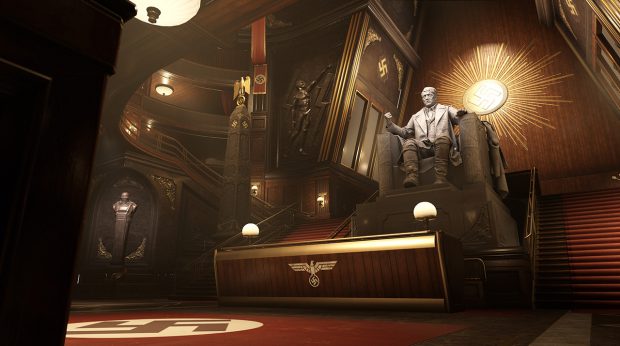 The items you search for in the game are really fun and not just some pointless token you hunt for, they are informative, useful in some circumstances they are fun. I’m tempted to go into it more but that spoils part of the fun, let’s just say it has an 80’s flair to it. The power-ups you purchase throughout the game are really useful too so make sure to keep an eye out for them!

The game automatically saves its progress and that is one of the biggest points of annoyance with this game. I always like saving regularly and saving when I quit and neither are available, you are able to select the save slot so you can have multiple games going in different saves but otherwise you have to rely on where the game last saved you which might be a while back but also it cuts off any backtracking beyond the save location. Total. Bummer. Dude…

Sometimes it’s a difficult mix trying to have hard enemies and a boss that is harder but not too great of a leap ahead in difficulty. Unfortunately, Wolfenstein: Youngblood doesn’t do this well, having a huge disparity in difficulty between enemies. It can be very frustrating and bring you to throw your mouse in anger if you don’t mind your feelings. Single player mode isn’t very obvious either, it’s kind of buried in the various menu options. If you dig around in your game settings and choose “solo, offline” you will be set. 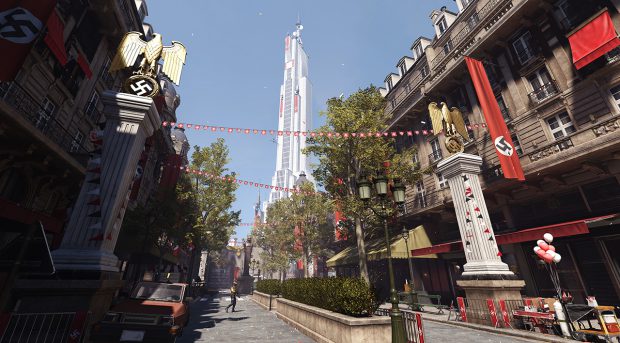 Wolfenstein: Youngblood is a fun and addictive game to play that I feel earns a spot among the Wolfenstein franchise. It delivers a new narrative and seems to pull it off well, explaining the who’s and how’s while still feeling like a Wolfenstein game. There is some crude humor and plenty of 80’s Valley talk, personally I wouldn’t want it any other way. I look forward to expansions and new maps as well as more story being told. Youngblood has brought some fresh blood into the franchise and I want more.