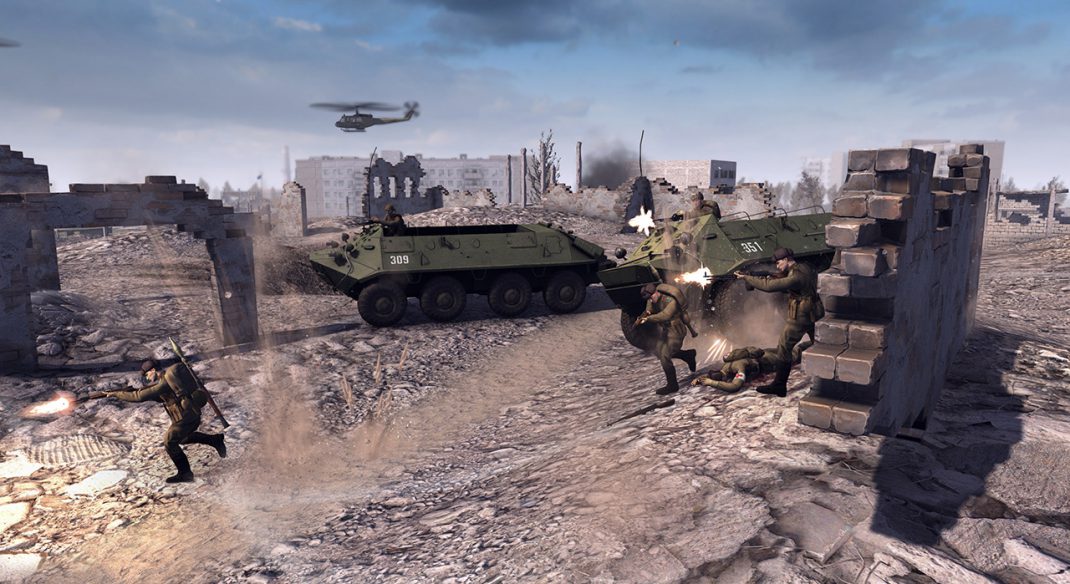 Prague, Czech Republic – 8 August, 2019 — Today, 1C Entertainment and developer Digitalmindsoft are excited to announce the latest iteration in its long-running Men of War RTS series: Men of War: Assault Squad 2 – Cold War. Available as a standalone expansion, the game launches on Steam on September 12. This marks the series’ first foray into this iconic era, bringing with it all the tense, military tactics players have come to expect from the series, told against the backdrop of the heated conflict between the United States and Soviet Union.

Building upon the framework of Men of War: Assault Squad 2, Cold War introduces a brand new feature to the series: dynamic campaign creation. Mirroring the ever-present feeling of dread that permeated the era, dynamic campaign creation ensures no two campaign experiences play out the same in single player and co-op. From randomized skirmishes to custom army compositions, players will be forced to think on their feet in the heat of battle.

Men of War: Assault Squad 2 – Cold War also marks the return of the series’ genre-defining RTS combat. Players take control of vast armies of U.S. or Soviet soldiers, tanks, helicopters and more as they take this historic struggle to series-first locales. From sleepy winter villages to fortified border zones, Direct Control mode returns, giving players unprecedented control over their forces, allowing them to control single units in a bid to out-maneuver their enemies. Couple this with online and LAN multiplayer to match the game’s dynamic single player and co-op campaigns, and Men of War fans have a lot to be excited about!

Men of War: Assault Squad 2 – Cold War launches on Steam this September. For more information, make sure to Wishlist the game on Steam and follow Digitalmindsoft and 1C Entertainment on Twitter.