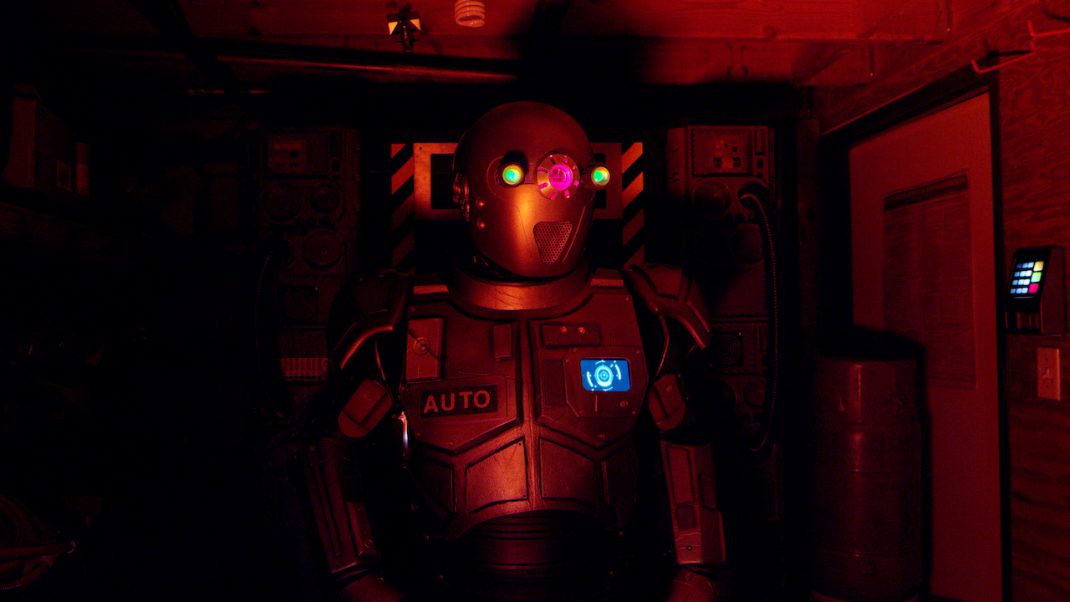 Los Angeles, CA, August 9, 2019 – Epic Pictures and Dread are gearing up for the World Premiere of the sci-fi horror-thriller, AUTOMATION. With Hollywood Horrorfest this weekend, we have an exclusive look at stills from the film.

Auto has been hired by Alert Insulation to test robot efficiency in the workplace, but when he uncovers a plan to replace most of their staff (including Auto himself) with the next generation of robots, Auto takes murderous action to prevent his own destruction.

“The LA Horror community is one of the most vibrant and exciting group of film fans you will find anywhere,” says Setian. “We are beyond thrilled to have the opportunity to share our film with an enthusiastic audience at the Hollywood Horrorfest! Thank you so much to the judges who selected AUTOMATION for this premiere screening. We are very excited and can’t wait to share the movie going experience with you!”