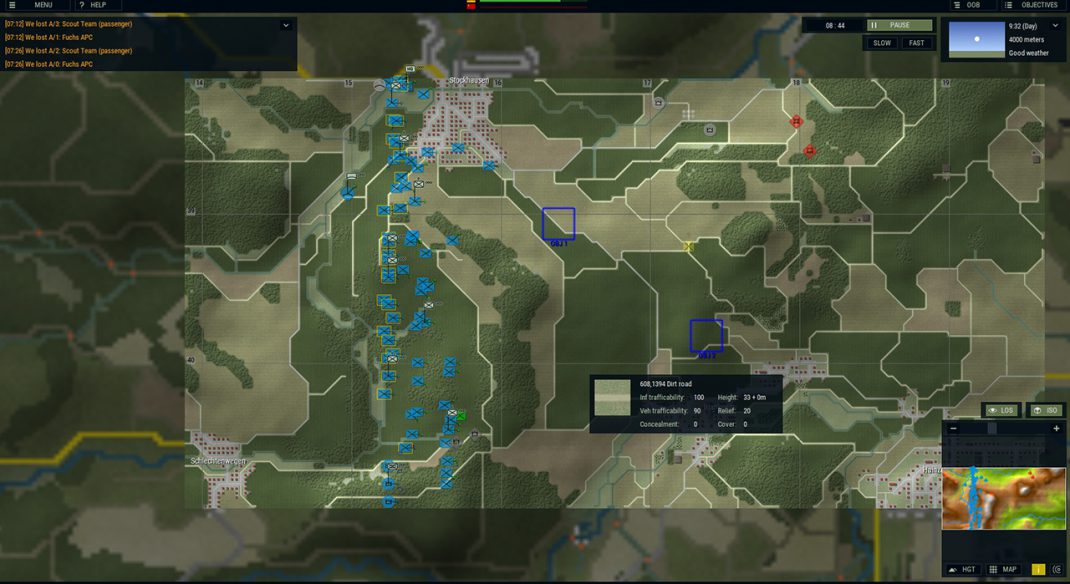 November 15th. Location: Somewhere east of Frankfurt. From the woods near Gelnhausen, dozens of T-72s and BMP2 emerge with covering infantry deployed on their flanks. The earth trembles beneath their tracks, then everything stops. Few seconds later, the silence is broken by the horrific sound of the 125 mm Soviet guns. It’s a chilly morning, but the situation will soon get much hotter. It’s the year 1985, and the Cold War has now turned into World World 3.

Armored Brigade is the new real-time tactical wargame from Matrix Games, focusing on realism and playability and inspired by classics like Steel Panthers, Close Combat and Combat Mission.

Set between 1965 and 1991, Armored Brigade is a tactical RTS in which you will take control of either the NATO command or the Warsaw Pact. You can select your army not only by choosing the nationality (USA, West Germany and United Kingdom for NATO; USSR, Poland and East Germany for the Pact; Finland as neutral), but also the type of deployment – infantry, motorised or tank division. Jump in and select where you want to fight in one of the three huge maps available, with the level of zoom you choose.

But just don’t expect an “ordinary” RTS: you have unit morale, training level and fatigue, even order delay based on the distance between your unit and its HQ. You will have to face a smart dynamic AI that, combined with the battle generator, offers unlimited replayability.

The battlefield is set on three huge maps: Central Germany, the Fulda Gap, where NATO expected the salient of the USSR attack in case of war, and the south of Finland, present in the game as a neutral faction. You choose any portion of these maps to fight your battle.