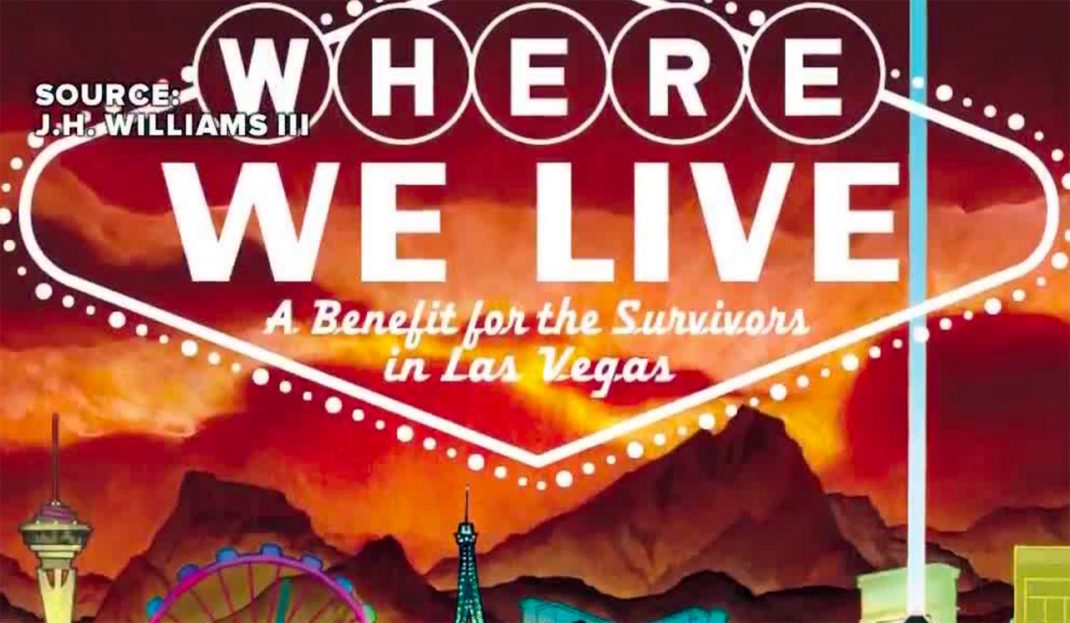 Where We Live: A Benefit for the Survivors in Las Vegas Review

My wife and I were in bed, I was reading a book on my phone and she was on Facebook and Twitter, catching up on the day’s news while we wound down.  It was October 1st and we are Halloween enthusiasts that generally had us traveling since September so a quiet night at home was welcome until she let out a quiet stream of expletives and simply said “they are shooting at that concert outside the Mandalay Bay.”  Without another word we went and sat at our respective computers and started going through media sources trying to weed out the bad information and get people out of there as safe as possible, we were good at it.  I talked a guy out of grabbing his gun and heading back to the concert to try and get the shooters, my wife passed word on to media as to where to send triage patients, where to donate blood, where to meet up with loved ones outside the event.  We weren’t there physically but mentally we were trying to help in any ways we could, trying to help both friends and strangers to get to safe places, locking themselves in hotel rooms if that was where they were and stay away from windows no matter how exciting it seemed to the morbidly curious.  We did all this until the sun was up and our bodies were racked with mental and physical exhaustion, we had spent the night trying to help while not getting in the way and things had finally gotten to the point we couldn’t do much more so we slept a deep sleep and had first nightmares about the events. 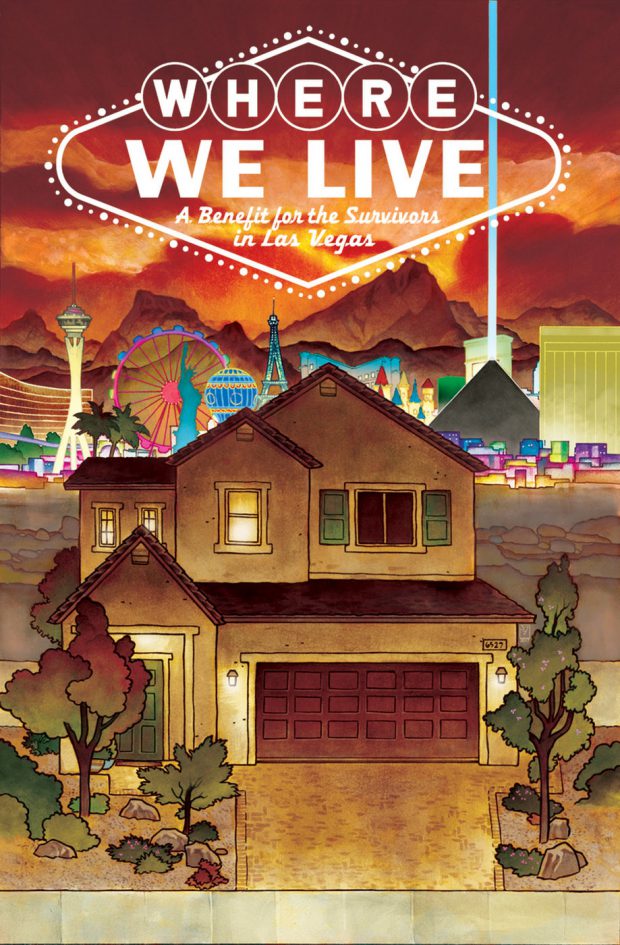 Move ahead until the next year when it was time for the Amazing Las Vegas Comic Con and we were covering it for GamingShogun.com getting all the pics of costumes and fun that a good con can bring.  On a few tables I noticed a book that looked like a really thick graphic novel that had a logo playing off the “Welcome to Las Vegas” sign that almost always got play on special edition covers in town.  When I got closer though I realized it wasn’t a super hero book, at least not in the sense I had thought at first.  It shows a suburban looking two story house with the strip in the background and the header “Where We Live: A Benefit for the Survivors in Las Vegas.”  My first thought was good, someone has written a graphic novel about the night so those who weren’t there would have more understanding but man was it heavy.  When I mentioned this the seller looked at me and told me over 150, yes one hundred and fifty, writers and artists from street portrait vendors to Neil Gaiman had provided their skills and more importantly their feelings into the over 325 page book.  The cost is $20, very reasonable with 100% of the proceeds going to the Route91Strong.Org charity.  I bought two.

Then there was a panel on Sunday and about 25 of the writers and artists from the book told their stories of what had happened to them and why they had contributed to the book.  It was mostly hosted by J.H. Williams III and his wife Wendy who had worked together on curating the book.  J.H. is a really nice guy, last year I brought a comic to him to be signed and we realized he had already signed it so he wrote on the cover “Yes, I really signed it there! (arrow points to his signature), J.H. Williams III.  We had laughed long and heartedly at the joke but now it was a panel of mostly people who had been there or had someone who was injured or killed at the event.  J.H. is very well known for some art in a Sandman series he had done with Neil Gaiman which I figured was how he reached out and got Neil to send a poem.  The book is full of poems though and comics and essays and generally only a few pages each since there are just so many stories it tells. 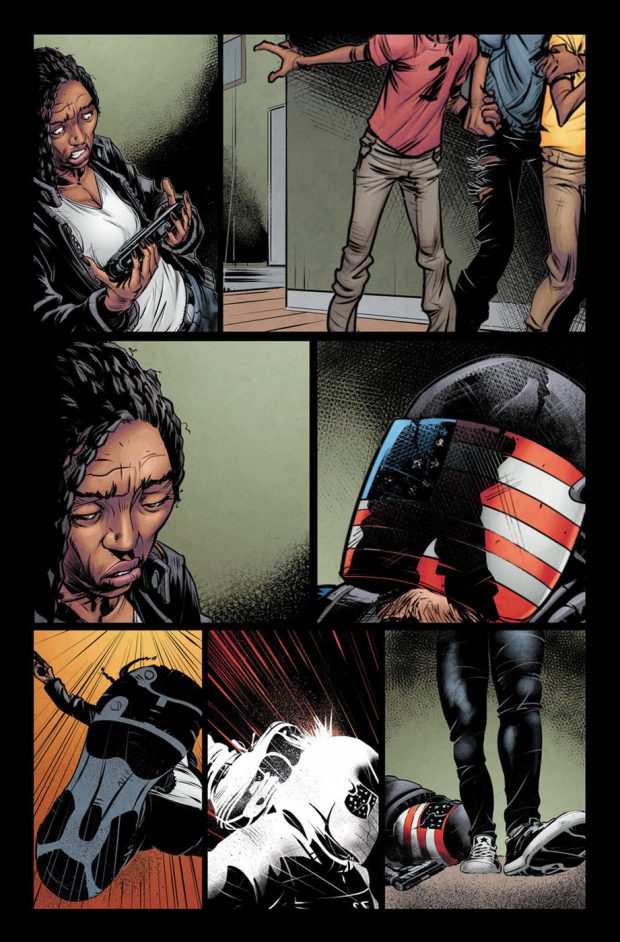 I am comfortable saying I cried while reading this, I did so without being self conscious at the time because the emotions in the book are still raw, for some time hasn’t past beyond that night, particularly for the dead and the grieving.  Some tell of their violent childhoods, others of political issues, and still others just try to give a voice to the dead trying to guess their last thoughts and the heroic actions of others.  I won’t go into any real detail of the content here, just that pretty much every section is a collaboration between artists, writers, letters and anything else that had to happen to flesh out the feelings.

All I want to say is Where We Live: A Benefit For The Survivors In Las Vegas is a must-own regardless of whether you were there or knew someone who was.  It is packed full of importance and helps not just the readers but the survivors of the whole ordeal.  You can get the book cheaper at places like Amazon but this is one of the few times I will say please don’t save a couple bucks because that is a few less dollars going to Route91Strong.Org charity.