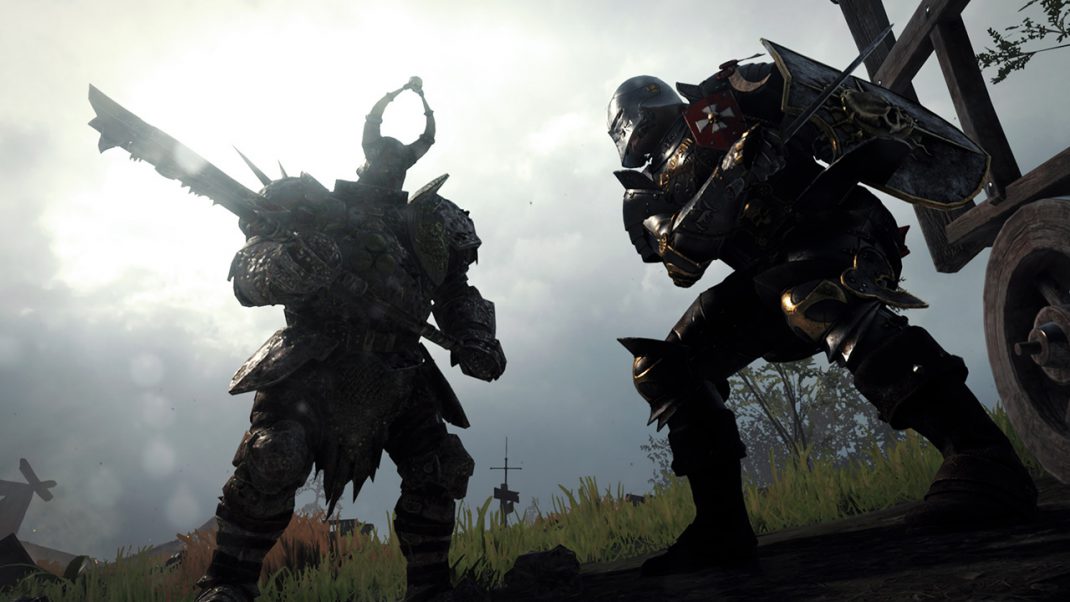 When Warhammer: Vermintide came along I could not get enough of it.  It was challenging and the fun in all the right ways for a game that is essentially designed for multiplayer survival.  If you kept running too far ahead or too far behind your group you died, because those were the ambush positions the enemy would hit you at.  As long as someone is alive and able to get to another then you kept going, raising your fallen comrades and sharing potions of health.  The graphics were really nice and people learned that if they griefed their groups they would find themselves in a party of one with lots of rat faces around them, it seemed like one of the few games where they figured out how to balance attitudes with consequences.  With beautiful graphics and a gameplay balance the question is how would Warhammer: Vermintide 2 improve on that?

In the prologue you and your colleagues, each of whom has their own set of skills to bring to the party, escape from the enemy’s dungeon where you overhear their plan for domination and the things that aren’t quite going as they would like which suits you and your brotherhood just fine.  After escaping you get a reward consisting of a chest full of starter gear so you can leave some of the painfully low adornments behind.  You find out afterwards that things aren’t going too great for your side either, you are all hidden in a mountain side fortress where all exits except bridge (portal system) are blocked so that you won’t get overrun by dirty rats.  This really brings home the fact that it is you and your party against the Vermin who often attack in waves like a tide, completely living up to the game’s name. 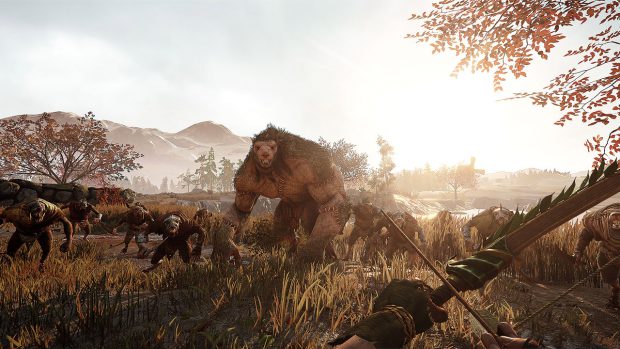 There are five hero classes to choose from and each one suits a player’s style.  Markus Kruber is a tough fella, starting off first as a Mercenary, then a Huntsman, followed by a Foot Soldier.  He tends to be the guardian of the group.  Bardin Goreksson is a Ranger Veteran who becomes an Iron Breaker and a Slayer.  He helps break the attacks and keeps himself alive when everyone else drops in an attempt to still save the group.  Kerillian is a Waystalker who becomes a Handmaiden then a Shade.  She is a mix of unstoppable healing and distance damage, the farther back the better for her but she can move up for a revive.  Victor Saltzpyre is a Witch Hunter Captain then a Bounty Hunter and a Zealot.  He’s the gunslinger of the group, all about the damage and destroying.  Sierra Fugonasus is the fiery member of the group who deals fire damage both close and afar.  She definitely heats things up.  Each member has a very distinct play style and it’s important to try each out to see which one suits you most but also think of how which one will best suit how  you help the group.  It will also take quite a bit of patient grinding to get to higher levels, especially if your party keeps dying.

There are repeat maps from the previous game but the developers came out with some new ones as well, so if you start playing and it looks a little too familiar don’t worry there will be new content coming it.  Not that you will probably mind the old maps, they looks stunning from the crumbling ruins to the hordes of rats.  The gore factor is also high and beautiful, if you find a rodent losing it’s head and blood spurting out the stump or one sliced clean in half and falling in two different directions as possibly being things of beauty.  They definitely can be even if it is a bit morbid.  You are a rat hunter and killer afterall and they number hundreds to each one of you.  Beautiful, ugly ass rats! 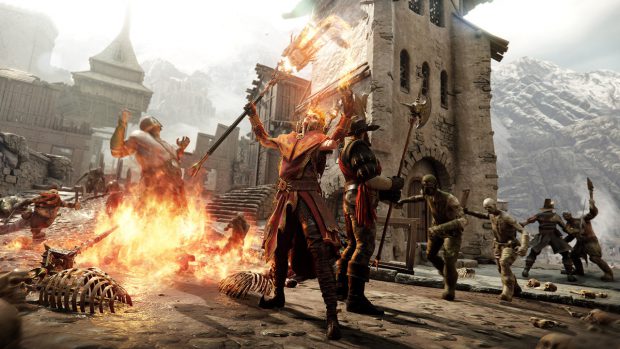 The sounds are great and ample too, plenty of fine music scores to go with the nasty business of extermination on both sides.  The difficulty is a good deal like the first game, pretty hard AI that come in droves.  It punishes the players even when they are working as a group well together and it annihilates the glory seeker as they find themselves on their knees waiting to see if someone can reach and raise them, if not they might drop the whole group defeated.  And if you really want a challenge it has multiple levels of difficulty as well.  Some might say the game is too hard even on the easier settings, it is definitely designed to be a challenge no matter what.

The next thing to consider, what setup to use to play the game, is an unusually hard call to make.  Normally the keyboard or the controller have a very obvious advantage over the other one but it really didn’t feel like it did this time.  It really comes down to which way you prefer to play FPS in, nothing more.  The keyboard is setup like a traditional first person system you would expect intuitively, you may  want to just double check them on the control section but otherwise it is jump in and play.   Doing the prologue gives you not just your first treasure chest it also lets you go through the control settings, whichever one you decide on.  If you are always playing FPS on the controller it is all setup for that too, just do a quick check of the setup but you will find that matches most of the FPS you would find on a console.

Warhammer: Vermintide 2 is great fun and just about the perfect concept for an online FPS, the safety of the group always comes first, if a player forgets that the whole group suffers, maybe even gets defeated.  It is a beautiful, hard game that is fur flying fun no matter which hero you choose to lead into the fray. 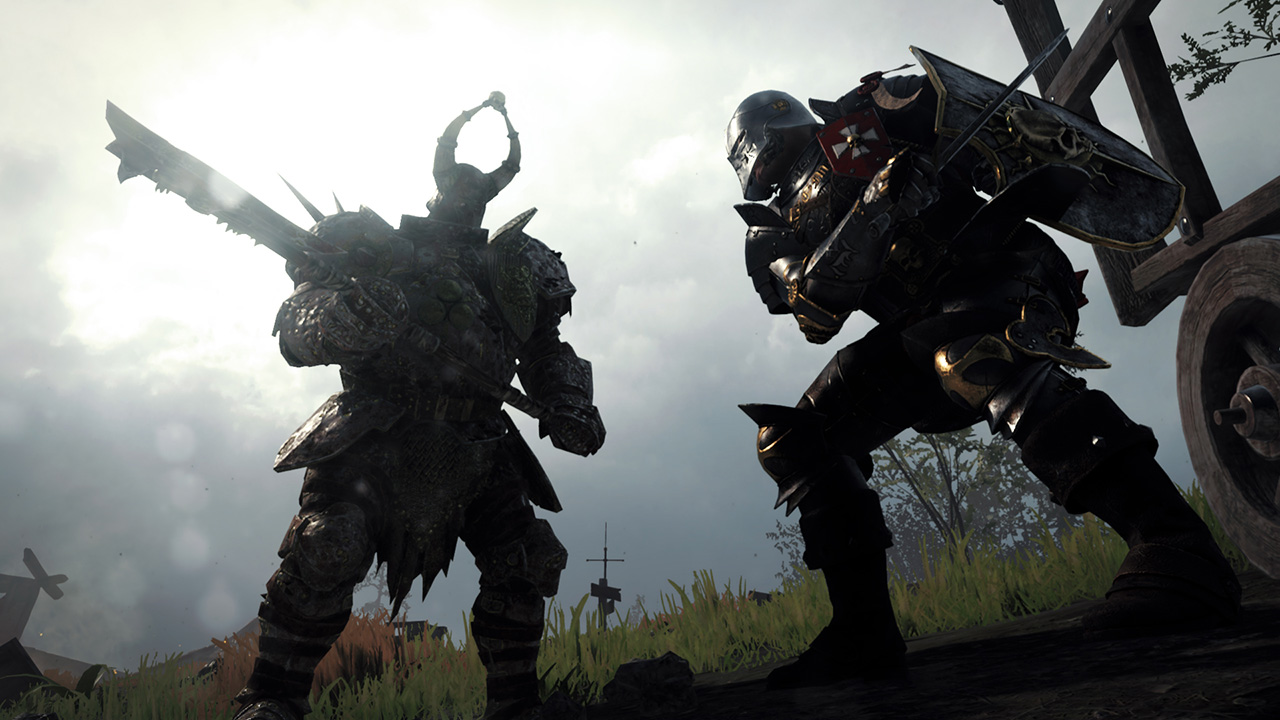