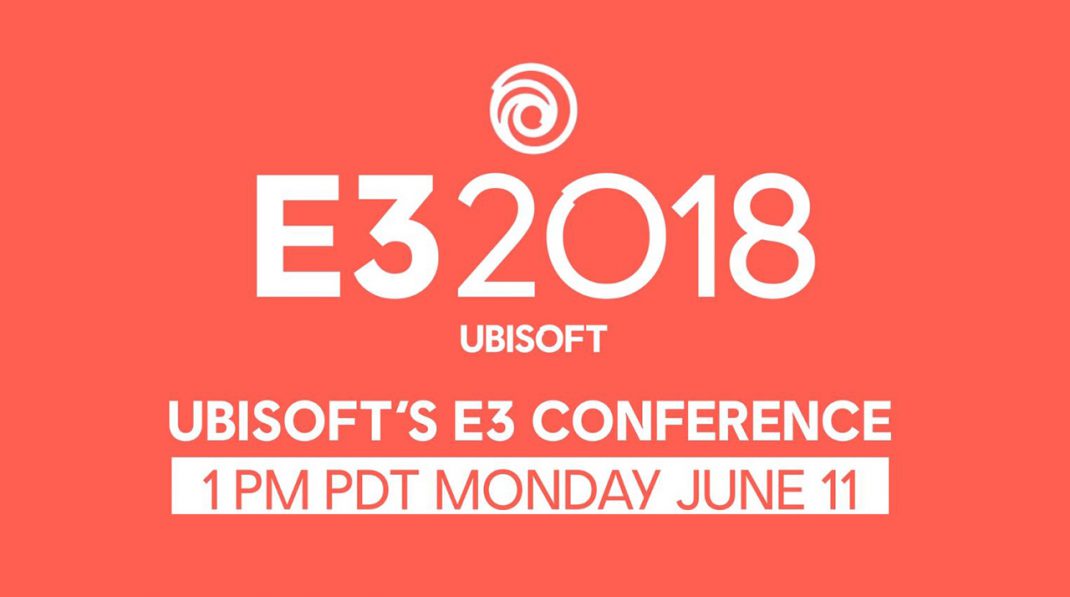 Ubisoft has unveiled details about their upcoming E3 2018 game lineup. The company will be showing off the following titles:

Ubisoft also released a short video for your viewing enjoyment:

From their news release: Our E3 officially kicks off at 1:00 p.m. PDT on Monday, June 11, live from the Orpheum Theater in Los Angeles. A pre-show will start things off at 12:15 p.m. PDT, and a post-show will feature a deeper dive at one of the games from the conference.

From June 12 to 14, the Ubisoft booth — located at the South Hall, booth #1623, at the Los Angeles Convention Center — will welcome fans and players, and give them the chance to get hands on with Ubisoft’s games. We have more game stations than ever, allowing more fans to try our games, and Ubisoft Club members will receive free in-game rewards just for playing. In addition, there will be live stage activities at the booth, including demos and shows, and the Ubisoft shop will be offering some of the best items from Ubi Workshop and UbiCollectibles, along with items exclusively created for E3 attendees.

The Ubisoft Club also is inviting 60 Star Players to E3, and offering free rewards to fans who can’t go to the show. This comes on the heels of the worldwide launch of the beta of Ubisoft Club’s AI buddy, Sam, which will, in addition to help players becoming better, have the latest info about the show.

“Video games are playing a bigger role in the future of entertainment and in people’s lives, which is why I’m always excited to see the innovations and games from around the industry showcased at E3,” said Yves Guillemot, co-founder and CEO, Ubisoft. “Our talented teams can’t wait to show off what they’re creating, and to share how we’re partnering with players to develop diverse experiences that are enriching and, most importantly, fun.”