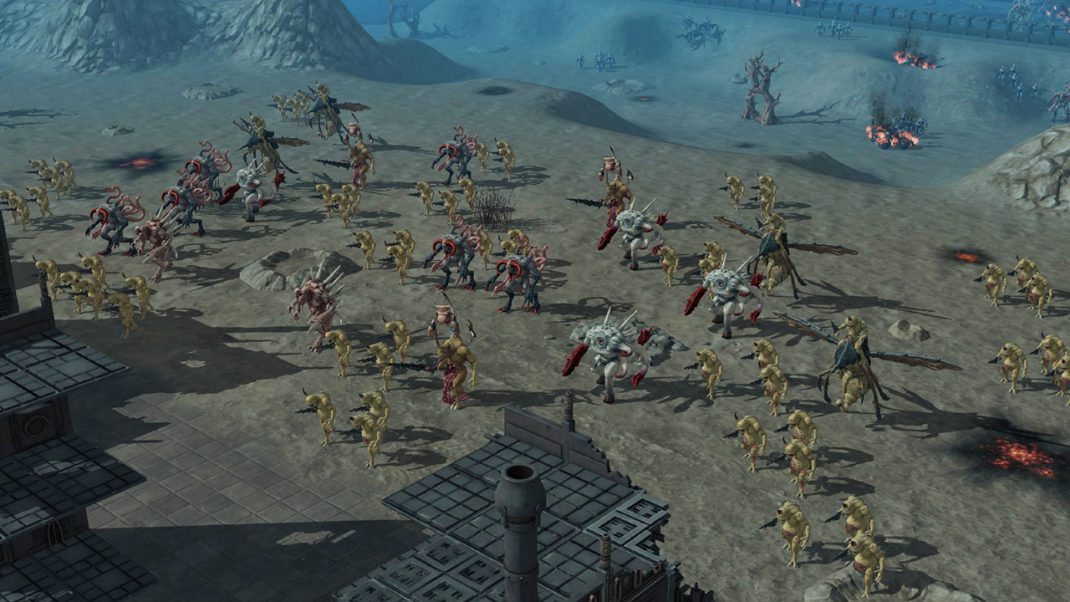 May 24, 2018 – Slaanesh, Khorne, Tzeentch and Nurgle are extremely pleased: today marks the release of Horrors of the Warp. Bloodletters, Plague Drones, Sould Grinders are ready to attack the surviving Space Wolves: who will prevail in the war torn Sanctus Reach system?

Here you can find the the release trailer ->

More info on the Steam page and here is the Slitherine page, with loads of screenshots.

Slitherine released Warhammer 40,000: Sanctus Reach in 2017: a deeply tactical turn-based strategy game set in Warhammer 40,000 universe, where you lead the Space Wolves chapter against the flooding hordes of Grukk Face-Rippa and his Ork Red Waaagh! With the first DLC, Legacy of the Weirdboy, you swapped side and played as the Ork leader, while in the second DLC Sons of Cadia you return on Sanctus Reach as the Astra Militarium commander, leading the mighty Imperial Guard! Now it’s time for the third DLC, featuring the Chaos Daemons!